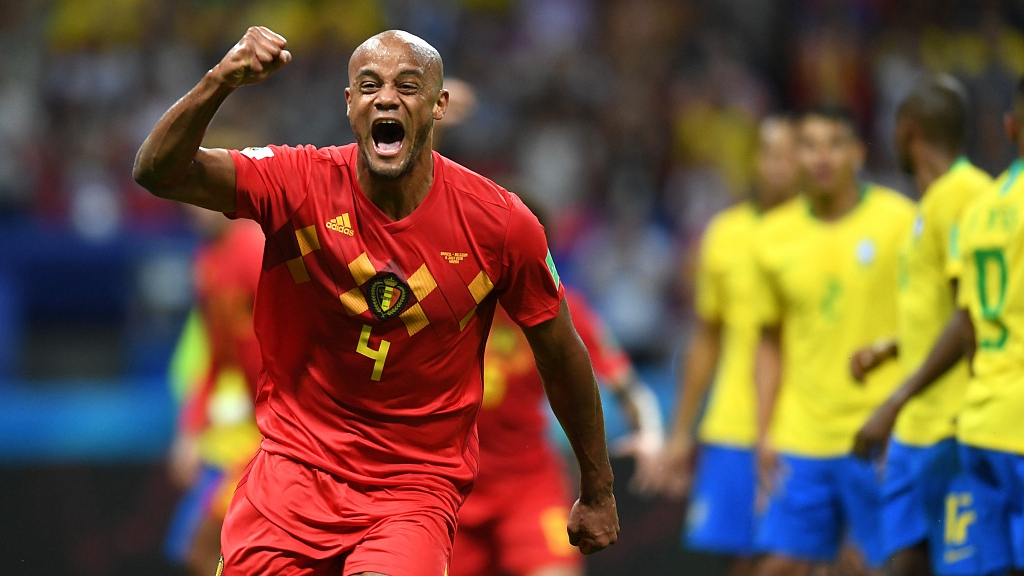 Vincent Kompany of Belgium celebrates his team's first goal, an own goal scored by Fernandinho of Brazil (not pictured) during the FIFA World Cup quarterfinal match in Kazan, Russia, July 6, 2018. (Photo: CGTN)

Football's world governing body said Thursday that Belgium is the FIFA/Coca-Cola World Ranking's Team of the Year for the second successive time.

The team, known as the Red Devils, had held on to top spot in a December table barely impacted by just 19 friendlies toward the end of a year in which 1,082 international "A" matches have been played – an all-time high since the ranking's 1993 inception.

World champions France remain in the second place ahead of Brazil in third, the positions they held in December 2018, but the make-up of the year-end top five has changed, said FIFA in a statement.

According to the ranking, the "Mover of the Year" is Qatar.

"The 2022 FIFA World Cup hosts gained an impressive 138 points over the course of a year in which they won the AFC Asian Cup and made a strong start to the Asian Zone World Cup qualifiers," says FIFA.

China dropped one place to 76th.