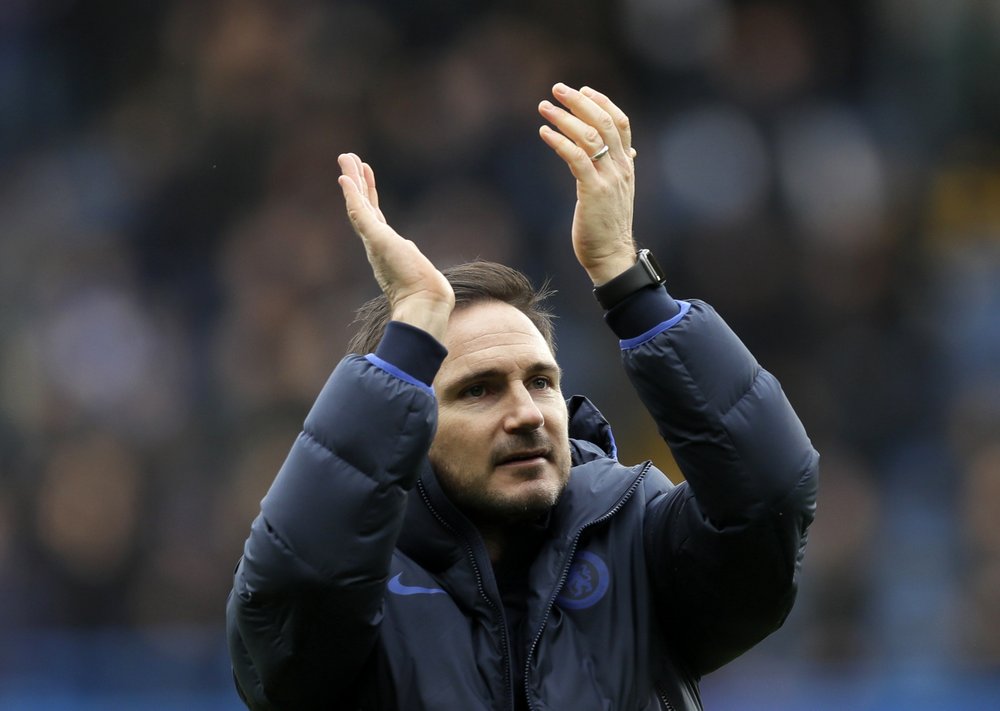 Chelsea manager Frank Lampard made all the right decisions to mastermind another win over Jose Mourinho and strike a significant blow in the bunched race for Champions League qualification.

It was a couple of decisions by video assistant referees which caused the biggest fuss in the English Premier League on Saturday, however.

Olivier Giroud and Marcos Alonso - handed rare starts by Lampard - scored the goals in a 2-1 victory over Tottenham, allowing Chelsea to pull clear again in fourth place after the team’s poor recent run.

It was Tottenham manager Mourinho’s second loss to former club Chelsea this season.

Much of the talk during and after the game was about a call by VAR not to send off Tottenham midfielder Giovani Lo Celso for an apparent stamp on Chelsea captain Cesar Azpilicueta in the second half that looked worse on each replay. The Premier League later said it should have been a red card.

Then, over at Turf Moor, relegation-threatened Bournemouth was denied an equalizer against Burnley when VAR chose to rule out Harry Wilson’s goal because it judged there was a handball in the Bournemouth area 15 seconds earlier.

Bournemouth’s players and manager, Eddie Howe, were livid - the team had already had a goal disallowed for a ball hitting the shoulder of one of its players in the buildup - and Burnley striker Jay Rodriguez piled on their misery by converting the penalty on the way to a 3-0 win.

Aston Villa stayed one point above the relegation zone after losing 2-0 at Southampton, and Crystal Palace eased any relegation concerns by beating Newcastle 1-0.