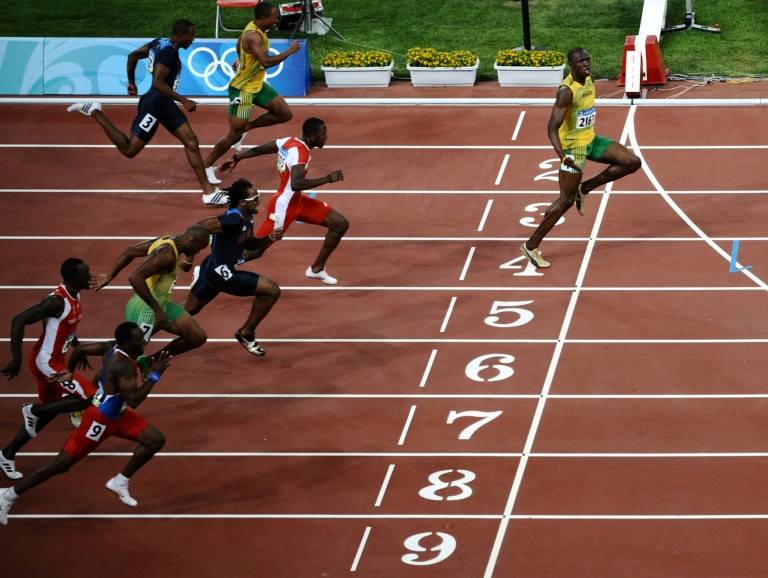 Retired track star Usain Bolt showed he's still a few steps ahead when he posted an AFP picture of him outstripping his rivals at the Beijing Olympics with the cheeky caption: "social distancing".

Bolt's post, featuring a picture by AFP photographer Nicolas Asfouri of the 2008 Olympics 100m final, blew up on social media, drawing more than half a million likes and 90,000 retweets.

It showed the Jamaican crossing the finish line at the Bird's Nest stadium in a then-world record time of 9.69sec, glancing round from lane four as his despairing competitors trail two paces behind.

"Savage", commented one Twitter user, while New York Times journalist Christopher Clarey posted another picture of Bolt out in front on his own, captioned "self isolation".

Bolt's chest-thumping celebration in Beijing added to a legend that grew further when he won the 200m in another world-record time. He retired in 2017 with eight Olympic gold medals and the current 100m mark of 9.58sec, set in 2009.

Bolt, 33, has been encouraging Jamaicans to self-isolate during the coronavirus pandemic, posting videos of himself exercising at home and juggling footballs with a friend. He also helped promote a major fundraiser, Telethon Jamaica.

After retiring from athletics, Bolt, a Manchester United fan, attempted to launch a career in football, and had a trial with Australia's Central Coast Mariners before contract talks failed.