SPORTS Boxer Xu on his ambition to become the featherweight king

Boxer Xu on his ambition to become the featherweight king 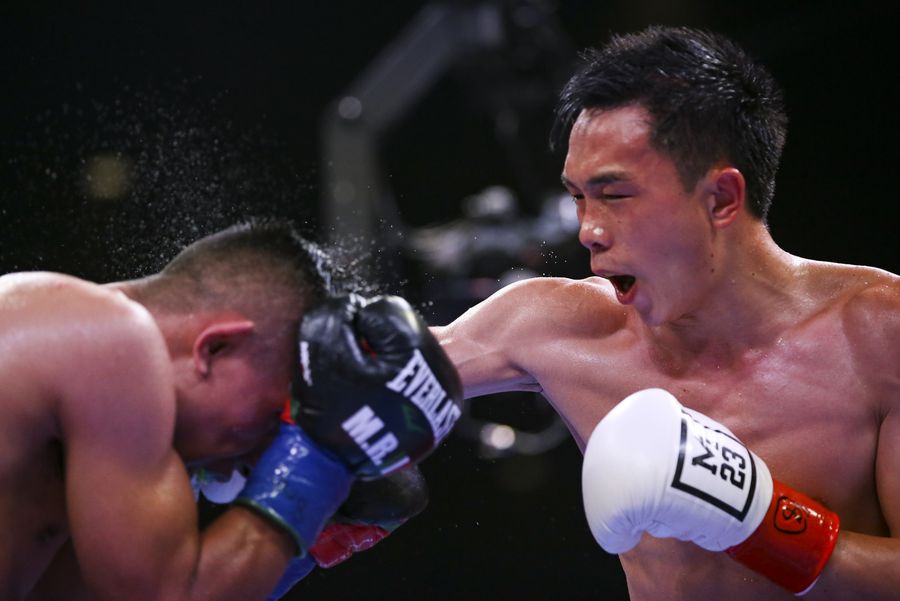 BEIJING, May 4 (Xinhua) -- China's WBA featherweight titleholder Xu Can has told Xinhua that it remains his intention to upset the odds and unify the WBA and IBF featherweight belts to become China's first unified world boxing champion.

The unified championship clash between Xu and Josh Warrington was initially set for May 30 in Britain but then postponed due to the COVID-19 pandemic.

Dubbed as the "Leeds Warrior," the IBF featherweight champion Warrington kept a record of a 30-fight undefeated streak, including seven knockouts.

He anticipated a unifying championship bout with Xu after the Brit defended his title for the third time last October.

Xu, known as "the Monster," responded immediately following the defense of his WBA featherweight title for the second time after defeating U.S. challenger Manny Robles III in November 2019 in California.

Xu disclosed that he recognized the difficulty of the away fixture with Warrington in his hometown of Leeds and the city's raucous support.

Warrington was the first World Champion from Leeds and has been backed by an army of loyal fans throughout his career, drawing support from the city's professional rugby league team, Leeds Rhinos, and the footballing giants, Leeds United - which provided the fighter the football stadium, Elland Road, for his championship-winning bout against Welshman Lee Selby.

Still, Xu never feared to fight against the undefeated champion despite some reports suggesting that he should strengthen his position first rather than challenge the boxers from other organization.

"There has not been a Unified Championship of featherweight for a long time, Warrington is strong with tough style, I know it will be a tough game," Xu said.

"Yeah, if I want to keep the title for a litter longer, I can just play the game in China, but it will be meaningless, the Unified Championship is an opportunity for me, and I want to take it when I am still young," he added.

Xu revealed that the epidemic had peppered his training plan as he and his teammates had to undergo a three-month "travel" to avoid the virus.

"At first, we flew to Thailand after all the boxing halls in Beijing were closed down, but we finally returned to China when the virus emerged abroad," he said.

During the special period, Xu and his teammates created a new training pattern as the boxers took turns to work as the assistant coach.

"We have ten boxers at that time but just one coach, so I would be accompanied by other boxers when I trained, they would point out my weakness, and in return, I would also share my experience when I acted as the assistant," he noted.

Xu and his teammates were kept in quarantine for 14 days in Yuxi, southwest China's Yunan Province after they came back from abroad, and the 26-year-old continued training in his hotel room.

"Some basic items such as rope skipping, push-ups, and sit-ups didn't need that much space, I was able to complete them in my room," he said.

"Training is an inseparable part of my life, just like the meals," he added.

However, Xu admitted he didn't like being called a boxing champion, which may distance him from others.

"Just call my name or the monster!" He said.