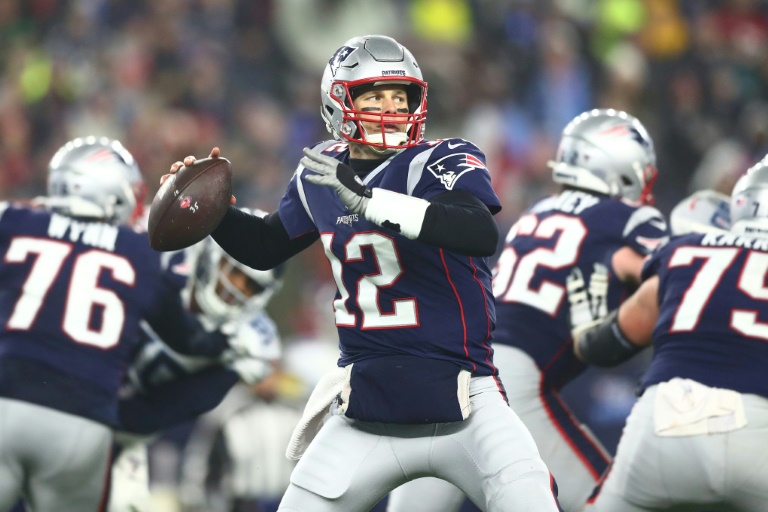 Reigning champion New England was dumped from the NFL playoffs by upstart Tennessee on Saturday, the Titans taking a 20-13 road victory that could spell the end of six-time Super Bowl champion Tom Brady's career.

NFL rushing leader Derrick Henry ran 34 times for 182 yards and a touchdown on his 26th birthday and former Patriot Logan Ryan returned an interception of Brady nine yards for a touchdown with nine seconds remaining for the final points to seal New England's fate.

"We were just locked in," Henry said. "We wanted it. It's a great win against a great team in a hostile envrionment. I'm just happy we could advance. A great team win."

Brady, a 42-year-old quarterback who is now a free agent, could not guide the Patriots to a second-half score against a Titans defensive unit overseen by Tennessee coach Mike Vrabel, a linebacker on three Super Bowl champions with New England.

The Titans advanced to a second-round matchup next Saturday at American Conference top seed Baltimore while Houston will travel to second seed Kansas City next Sunday. Both hosts had first-round byes.

Houston quarterback Deshaun Watson ran for one touchdown, threw for another and made a stunning play to set up Ka'imi Fairbairn game-winning 28-yard field goal 11:40 into over-time as the Texans beat visiting Buffalo 22-19.

The National Football Conference playoffs begin Sunday with Minnesota at New Orleans and Seattle at Philadelphia, with top seed San Francisco and second seed Green Bay waiting to see who they will entertain next weekend.

Henry scored on a 1-yard run with 38 seconds remaining in the second quarter as the Titans edged ahead 14-13 at half-time, a margin they maintained until the final seconds as the game hung on a knife's edge.

Tennessee erased eight minutes of the fourth quarter with a failed drive then stopped the Pats on only four plays before forcing a punt and pinning New England at the 1-yard line with 15 seconds remaining, setting the stage for the pivotal pickoff score.

New England's Nick Folk opened the scoring with a 36-yard field goal but the Titans answered with a 75-yard drive capped by Ryan Tannehill's 12-yard touchdown pass to Anthony Firkser.

Brady responded by moving New England 75 yards in 10 plays, the Patriots retaking the lead 10-7 thanks to Julian Edelman's 5-yard touchdown run on the first play of the second quarter.

New England drove to the Tennessee 1 but Titan defenders forced the hosts to settle for a 21-yard Folk field goal 2:16 before half-time.

At Houston, Watson escaped two Bills defenders and flipped a short pass to Taiwan Jones, who ran 34 yards to the Buffalo 10-yard line on the play before Fairbairn's game winner.

"Will, guts, grit -- everything. They got to me but I stayed up," Watson said.

"Man, just never quit. honestly. I just told myself to stay up. It's do or die right now. All the work I put in in the off-season, I had to get it done."

Watson was sacked seven times but completed 20-of-25 passes for 247 yards, ran 14 times for 55 yards and rallied the Texans from a 16-0 deficit, the first time in 23 tries under coach Bill O'Brien that Houston had escaped so huge a hole to win.

"We never quit. Whatever it takes to get the win, we keep fighting and we will always give our best."

Buffalo's Stephen Hauschka kicked his fourth field goal of the day from 47 yards with five seconds remaining in the fourth quarter to pull the Bills level at 19-19 and set up over-time.

The Bills seized a 13-0 half-time edge, highlighted by quarterback Josh Allen catching a 16-yard touchdown pass on a trick play on Buffalo's opening drive, but could not capture their first playoff victory since 1995.

Buffalo led 16-0 but Fairbairn kicked a field goal off a turnover and Watson scored on a 20-yard touchdown run, dragging two defenders the last six yards, and flipped a 5-yard touchdown pass to Carlos Hyde.

Watson threw and ran for 2-point conversions after each touchdown and Houston led until Hauschka forced over-time.