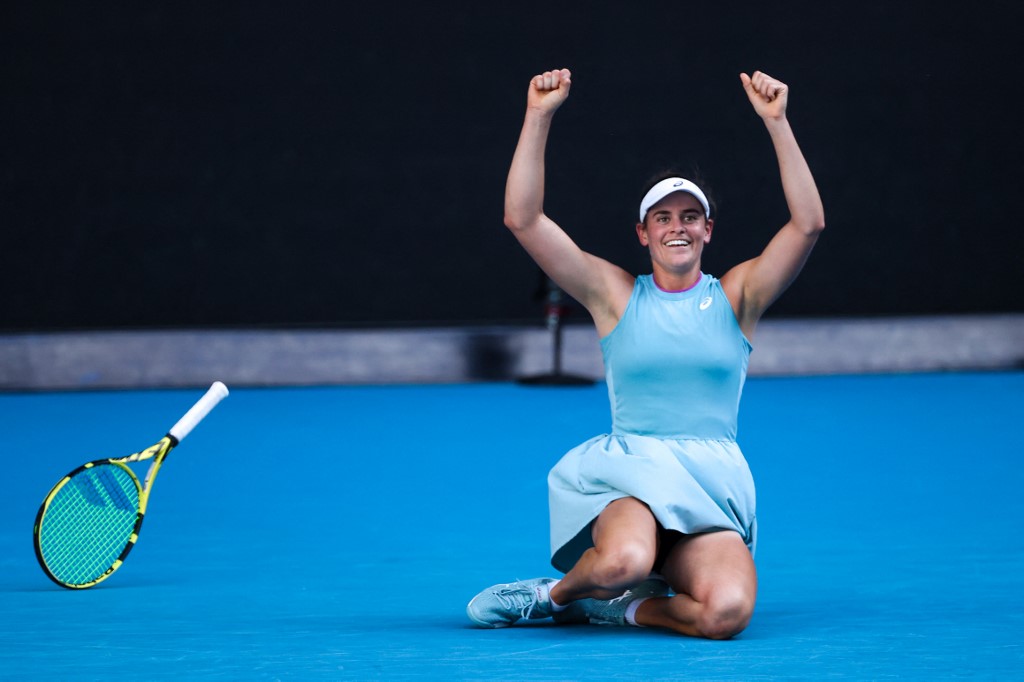 Jennifer Brady of the US celebrates winning against Czech Republic's Karolina Muchova during their women's singles semi-final match on day eleven of the Australian Open tennis tournament in Melbourne on February 18, 2021. (Photo: AFP)

American Jennifer Brady edged Karolina Muchova 6-4, 3-6, 6-4 in a tense Australian Open semi-final on Thursday to set up a title match with Naomi Osaka.

The big-serving 22nd seed secured her first Grand Slam final appearance on her fifth match point against the Czech 25th seed in front of thousands of fans allowed back on Rod Laver Arena after a snap five-day lockdown in Melbourne was lifted.