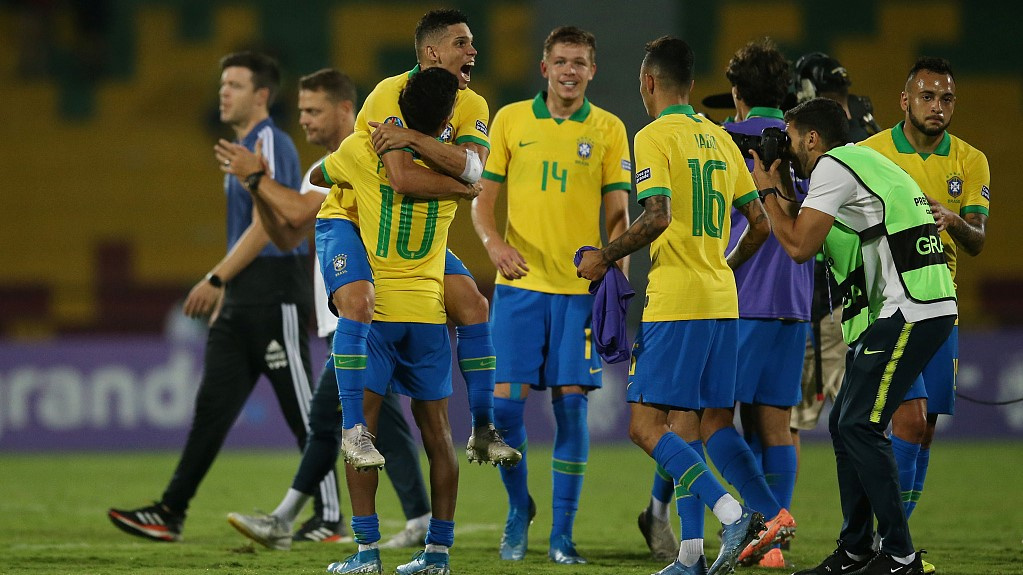 Players of Brazil celebrate after they defeat Argentina in the 2020 CONMEBOL Pre-Olympic Tournament, securing a spot in the 2020 Summer Olympics in Tokyo, Japan, in Bucaramanga, Colombia, February 9, 2020. (Photos: VCG)

The 2020 CONMEBOL Pre-Olympic Tournament came to an end on Sunday. Brazil defeated Argentina 3-0 in Bucaramanga, Colombia, taking their first win after two straight draws against Uruguay and Colombia.

Since tournament winners Argentina defeated both Uruguay and Colombia in their first two games, both they and Brazil are qualified for the 2020 Summer Olympics in Tokyo. 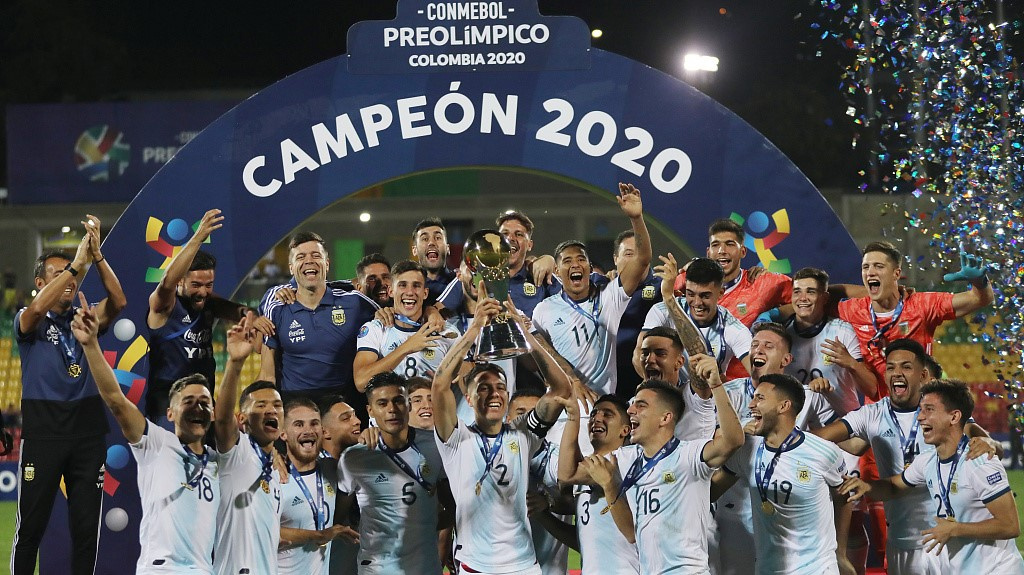 Argentina celebrate after winning the championship in the 2020 CONMEBOL Pre-Olympic Tournament and securing a spot in the 2020 Summer Olympics in Tokyo, Japan, in Bucaramanga, Colombia, February 9, 2020.

Though Olympic football does not draw as much attention as the FIFA World Cup, Latin American teams have attached a lot of importance to it and have won all the men's goldmedals in the event at the last four Summer Games.

In 2004, Argentina claimed the men's football championship in Athens. With a stellar cast including Carlos Tévez, Andrés D'Alessandro, Javier Saviola and Gabriel Heinze, the young La Albiceleste were unstoppable. They won all six games, scoring 17 goals. In the final, thanks to Tévez's goal in the 18th minute, Argentina won the gold medal 1-0. 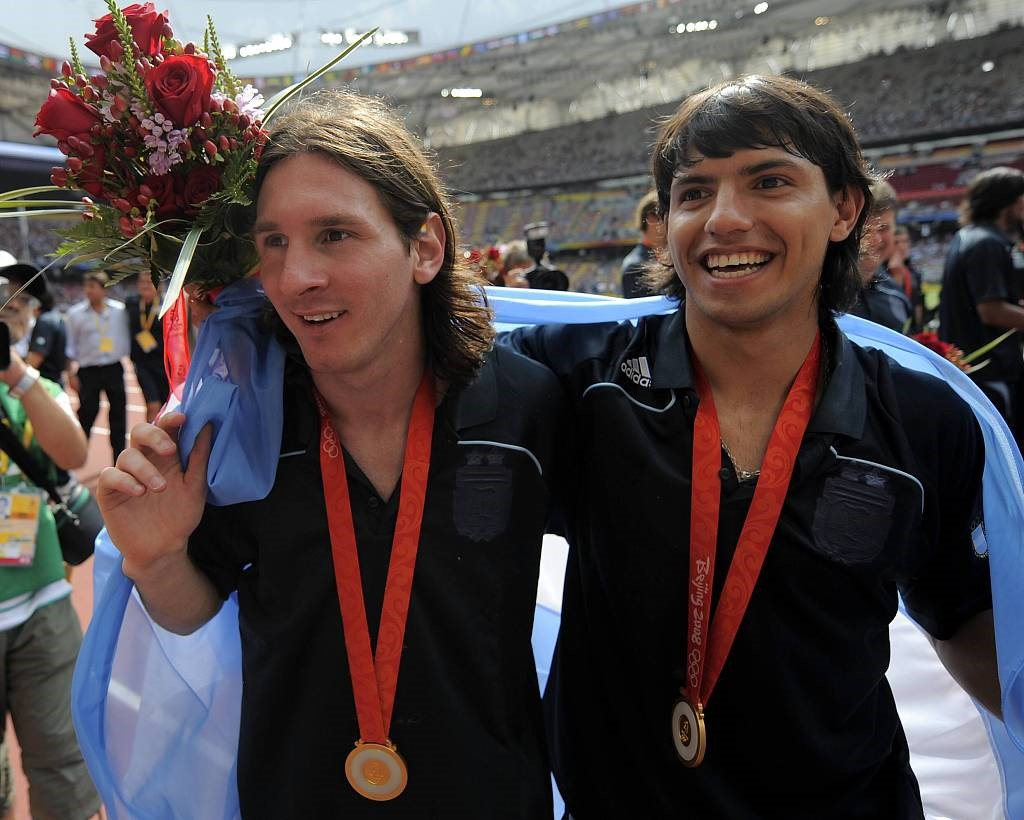 Four years later, Argentina went to Beijing with an even more fantastic squad that included Lionel Messi, Sergio Agüero, Ángel Di María and Juan Román Riquelme. This time, no one could stop them either and they successfully defended their championship.

At the 2012 Summer Olympics in London, Brazil led by Neymar were seen as the big favorites. By the way, the defending champions Argentina were disqualified for the Olympics. However, Mexico created a big upset by defeating Brazil 2-1 in the final. 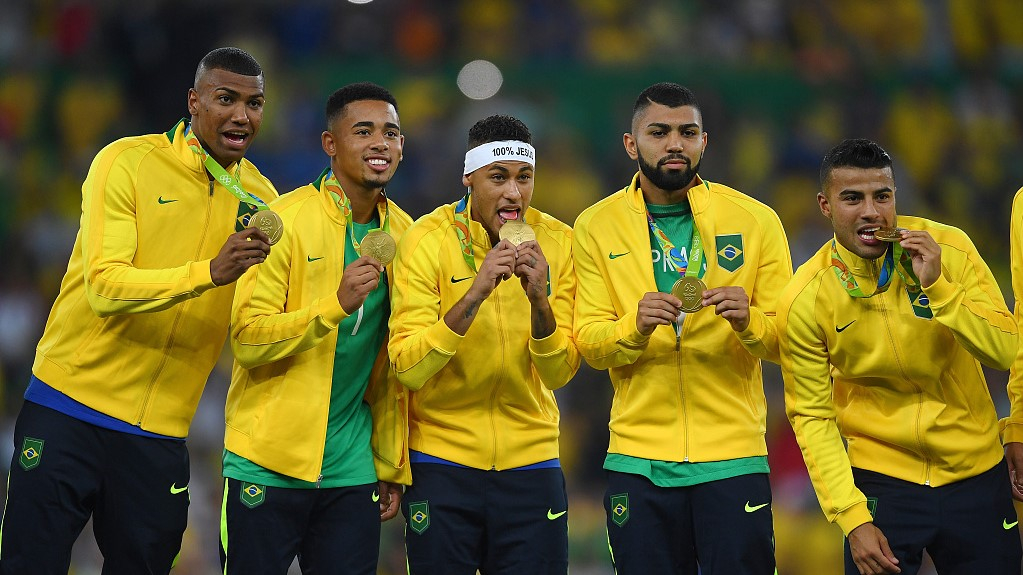 Players of Brazil celebrate with men's football gold medals after winning  them at the Summer Olympics in Rio de Janeiro, Brazil, August 20, 2016.

Another four years later, Brazil had the opportunity to compete for the Olympic championship at home in Rio de Janeiro. One surprising fact about the Olympics was that Brazil, for all their pedigree, had never won the gold medal in men's football at the Olympics. Ronaldo, Rivaldo, ‎Ronaldinho – none of them was able to change that. Nonetheless, this embarrassing record was broken in 2016. Though Verde-Amarela made it out of the group stage in a bumpy way, they managed to enter the final and defeated Germany in a penalty shootout, winning the first Olympic men's football title in the nation's history.