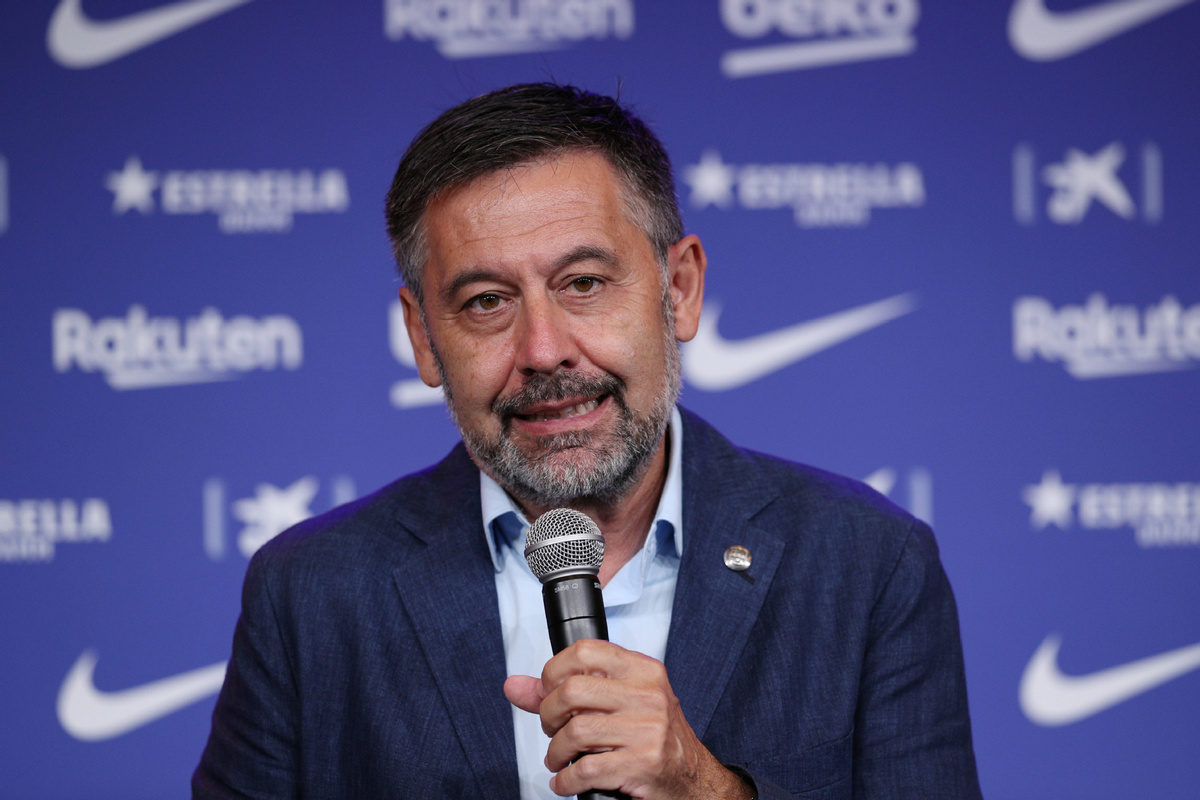 MADRID, Spain－Josep Maria Bartomeu resigned as Barcelona president on Tuesday, along with his board of directors, and left with a bombshell admission that he had accepted a proposal for the club to play in "a future European super league".

His resignation could affect the future of Messi, who will now be given a new project after trying to leave in August.

"I want to communicate my resignation along with the rest of the board," said Bartomeu in an official announcement. "It's a composed and relaxed decision, agreed with all my fellow directors."

However, it was his revelation about a super league which is making the biggest waves beyond Spain.

Bartomeu said he accepted a proposal on Monday for Barcelona to play in "a future European Super League" which "would guarantee the financial stability of the club".

Bartomeu and his board could even be held personally liable for the financial shortfall, which could be why he was keen to present a super league as a money-making solution.

La Liga president Javier Tebas tweeted: "Unfortunate statement from Bartomeu on his last day about Barcelona joining a weak and imaginary competition which would be their ruin. It confirms his ignorance about the football industry."

However, speculation of a breakaway league involving Europe's elite clubs has resurfaced this month.

British outlet Sky said more than 12 elite teams, including Barcelona, Real Madrid and Atletico Madrid in Spain, are in negotiations to become the founding members of the new competition, dubbed the European Premier League, with a provisional start date in 2022.

Sky said FIFA is working on a new format, which is expected to feature 18 teams.

FIFA declined to comment on the reports, while UEFA, which organizes the Champions League, reiterated its president Aleksander Ceferin's opposition to any such super league.

In 2018, German magazine Der Spiegel said that it had discovered plans driven by Real Madrid for the creation of a breakaway league.

An election for Bartomeu's successor will take place within three months, with an interim board taking charge in the meantime.

The position of Ronald Koeman, appointed coach in August, becomes more uncertain. A new president could bring in their own coach, either immediately or at the end of the season.

Bartomeu's six-year tenure saw a dramatic decline in the performances of the team, culminating in the 8-2 defeat by Bayern Munich in last season's Champions League. He then oversaw Messi trying to leave for free.

Bartomeu's resignation means avoiding a no-confidence vote. Attempts to delay the vote, including referring to problems caused by the coronavirus pandemic, were rejected by the local government in Catalonia.

Bartomeu said the local government's decision was "irresponsible", but his departure had long been a possibility after a series of political blunders.

Messi reacted angrily in January to suggestions the players were to blame for the firing of coach Ernesto Valverde and then criticized the board in March over their handling of pay negotiations.

There was also the 'BarcaGate' scandal in February, when the club denied hiring a company to boost the board's image on social media, in part by discrediting key players like Messi and Gerard Pique.

Barcelona's decline on the pitch had begun far earlier, perhaps as far back as 2017 when Brazilian superstar Neymar left to join Paris Saint-Germain.

Huge sums were spent on replacements for Neymar but few proved successful and some of the most expensive－Antoine Griezmann, Ousmane Dembele, Philippe Coutinho－are yet to deliver.

Victor Font and Joan Laporta are expected to run for election to become Bartomeu's successor.

Font has attached his campaign to the appointment of ex-Barca midfielder Xavi Hernandez－currently working with Al Sadd in Qatar－as coach; Laporta was president during a golden era under current Manchester City boss Pep Guardiola.

"Barca needs a rescue," wrote Font on Twitter. "Tonight I tell you with more enthusiasm than ever that we have the ideas, the team and the drive to rebuild the club."