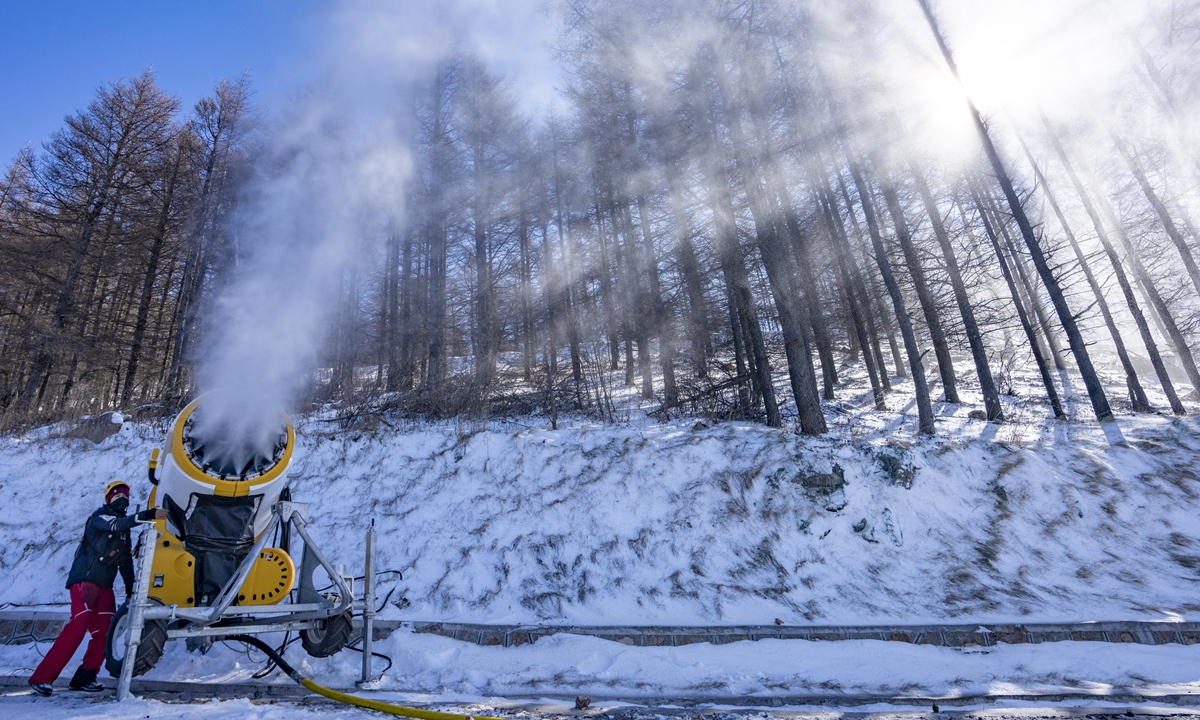 A breakthrough in China's ice snow track production technology, after years of development, is paving solid ground for China's successful and safe holding of the upcoming 2022 Beijing Winter Olympics, as well as the organization of the country's winter sports in the post-Olympics era.

"Ice-like snow" is a form of snow quality in ski resorts, which is mainly used to reduce the frictional force of the track surface on the skis. The production quality of ice-like snow plays a very important role in improving athletes' performance, skiing comfort, and protecting their bodies.

Industry players said that building an ice and snow track is like building a "highway" for projects like alpine skiing and the giant slalom.

However, due to a technical blockade, China could not achieve the parameter standards of track snow, so domestic scientists launched concentrated efforts, aiming for a breakthrough since 2017, read a report on the official WeChat account of the Communist Youth League of China.

Looking back at all the difficulties, Wang Feiteng, a researcher at the Chinese Academy of Sciences who's involved in the research and development of the technology, said foreign technical teams didn't allow the Chinese teams to "watch anything" when they were conducting relevant works.

"When the experts come over, they will step on it and pinch it, and then tell you whether the ice-like snow is qualified or not, but won't explain in detail what qualifies it," Wang said in a report from the Xinhua News Agency.

According to a China Central Television report, the density of snow made by the snow machine is 0.1-0.4 grams per cubic centimeter, while the density of ice-like snow reaches 0.65 grams per cubic centimeter. Most key parameters along the production process, such as how thick the snow is, and how often the water needs to be filled, are subject to technology blockades.

More than that, professional monitoring equipment for ice and snow tracks has also been localized, with cost being greatly reduced, providing a green and efficient model for the construction of ski tracks in the post-winter Olympics era.

According to a report from the domestic Science and Technology Daily, in the summers of 2020 and 2021, the snow storage technology has also been applied to the protection of the Dagu Glacier in Sichuan in Southwest China. In last year's experiment, melting of nearly 70 percent of the glaciers could be slowed down in two months. The thickness of the glacier can thicken by about a meter.

This proves that the achievements of snow research can not only serve the 2022 Beijing Winter Olympics, but also allow the Chinese to master key technologies, provide scientific and technological support for glacier protection, and help the future development of China's ice and snow industry, the report said.