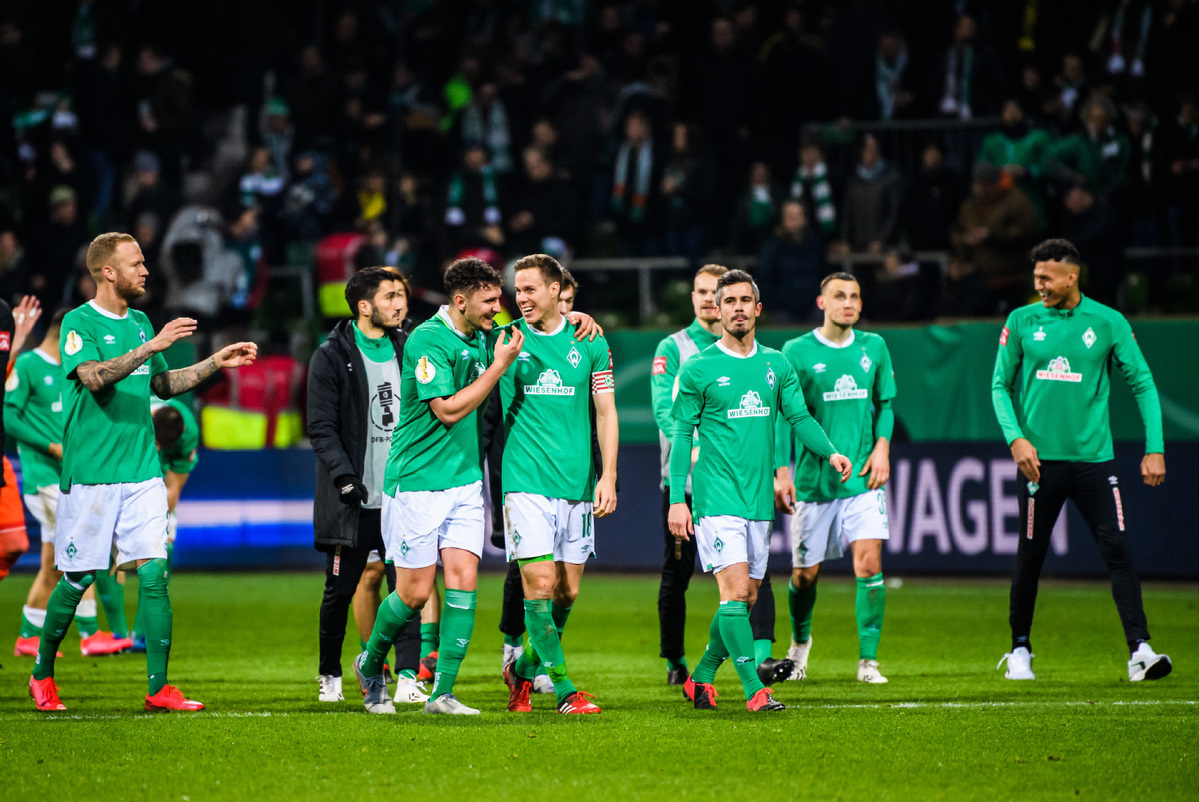 BERLIN - Werder Bremen stunned Borussia Dortmund in a five-goal thriller while Schalke booked their place in the quarterfinals thanks to Benito Raman's late winner in the last 16 of the German Cup on Tuesday.

Dortmund were unable to respond and Bremen doubled their lead on the half-hour mark as Leonardo Bittencourt volleyed home into the top corner.

Lucien Favre made changes at half-time and brought on in-form striker Erling Haaland, who did not need long to get his name on the scoreboard after making the most of Julian Brandt's cross to score his eight goal in just his fourth appearance for Dortmund.

The "BVB" gained momentum and should have restored parity two minutes later but substitute Giovanni Reyna squandered a promising chance from inside the box.

Bremen then shocked Dortmund with a 3-1 lead a minute later when Rashica slotted home a counter attack from the edge of the box into the far post corner.

Dortmund responded well and reduced the arrears through Reyna, who danced through the box to beat goalkeeper Jiri Pavlenka in the 78th minute.

The visitors piled on the pressure but Bremen were able to protect their narrow lead to the final whistle.

"It was a great game by both sides but it also took a lot of nerves. We returned to play successful football again and that is the most important message," Bremen head coach Florian Kohfeldt said.

Elsewhere, Schalke rallied back from two goals down to beat ten-man Hertha Berlin 3-2 in injury-time. The Royal Blues benefitted from their numerical advantage and wrapped up their quarterfinal place thanks to Benito Raman's late winner.