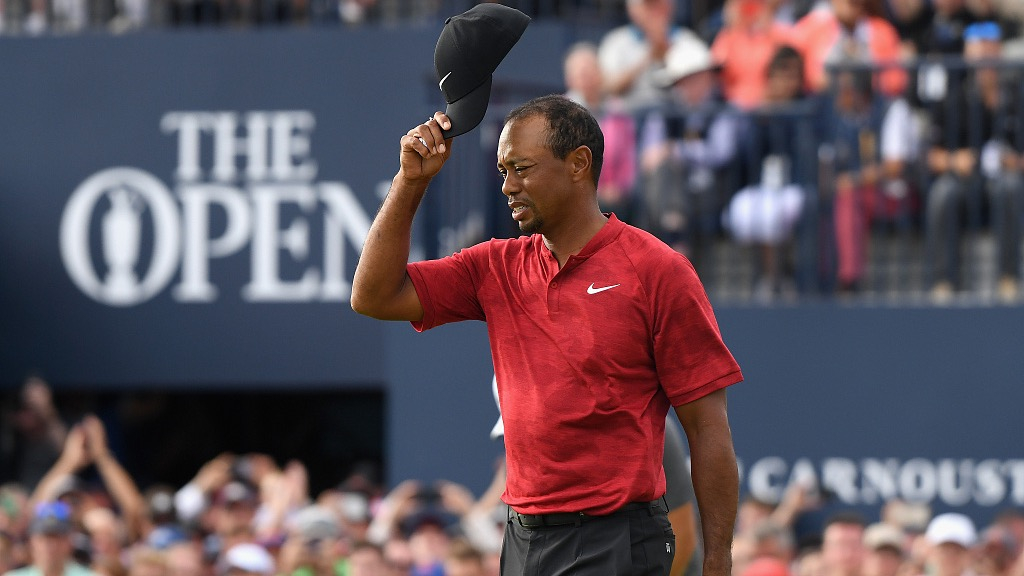 Tiger Woods acknowledges the crowd during the final round of the 147th British Open Championship at Carnoustie Golf Club, Scotland, UK, July 22, 2018. /VCG

The staggering collapse of sporting events worldwide gathered pace on Monday as golf's oldest major championship has become the latest victim of the COVID-19 pandemic. The 149th British Open, scheduled for July 16-19 at Royal St George's Golf Club in Kent this year, has been canceled for the first time since World War II. It will now be played at the same venue from July 11-18 in 2021.

"We have explored every option for playing The Open this year but it is not going to be possible," organizers R&A chief executive Martin Slumbers said in a statement.

"Our absolute priority is to protect the health and safety of the fans, players, officials, volunteers and staff involved in the Open. We care deeply about this historic championship and have made this decision with a heavy heart."

"We rely on the support of the emergency services, local authorities and a range of other organizations to stage the Championship and it would be unreasonable to place any additional demands on them when they have far more urgent priorities to deal with."

"We appreciate that this will be disappointing for a great many people around the world but we have to act responsibly during this pandemic and it is the right thing to do," he added. 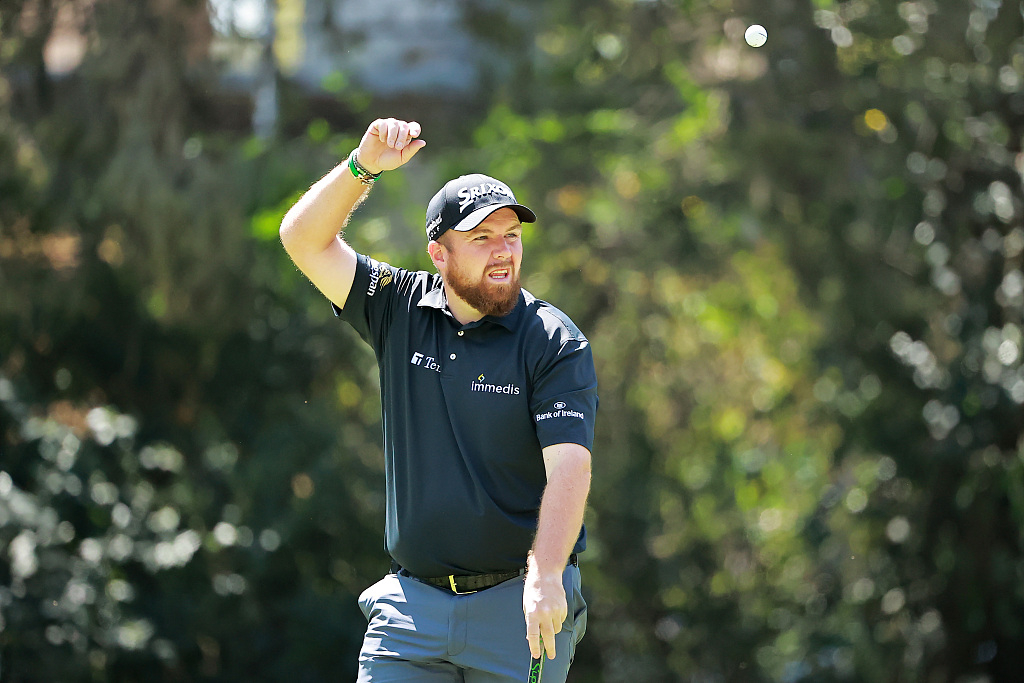 Reigning Open champion Shane Lowry is "sad and disappointed" by the R&A's decision to cancel this year's competition due to COVID-19. /VCG

The R&A also announced that all tickets bought for this year's tournament will be transferred to next year's event, with full refunds for those people who are no longer able to attend.

Ireland's Shane Lowry, who won last year's Open Championship, tweeted, "Obviously I'm disappointed that I won't get to defend the Open Championship this year, but I feel the R&A have made the right decisions based on people's health and safety. See you all in Royal St George's in 2021."

The British Open's cancellation immediately sent shock waves through the golf world, with the sport's other "big three" unanimously unveiling a new calendar.

The Masters, one of the most watched golf events that was scheduled to be played this week at Augusta National Golf Club, will now be staged from November 12 to 15.

The U.S. Open was rescheduled from June to September 17-20 with the Ryder Cup to be contested one week later at Whistling Straits.

The PGA Championship, meanwhile, is now scheduled to be played August 6-9 at Harding Park in San Francisco.

In a joint statement by golf's major tournaments, tours and sanctioning bodies, officials stressed that competitions would be conducted only if conditions were safe enough to do so without a health threat. 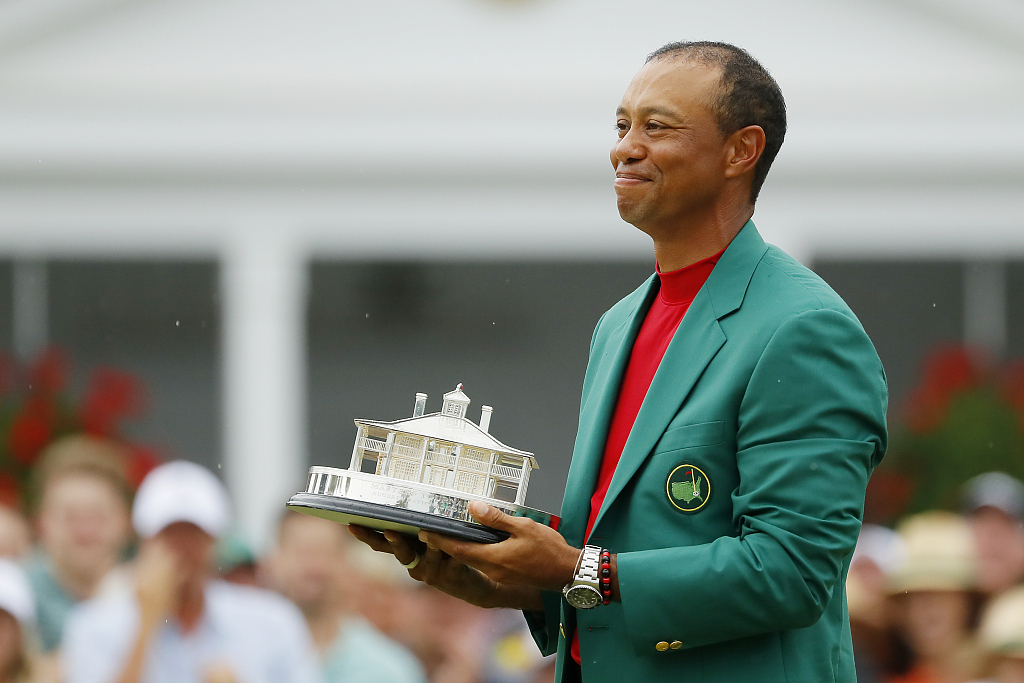 "This is a difficult and challenging time for everyone coping with the effects of this pandemic," read the statement. "We remain very mindful of the obstacles ahead, and each organization will continue to follow the guidance of the leading public health authorities, conducting competitions only if it is safe and responsible to do so."

"In recent weeks, the global golf community has come together to collectively put forward a calendar of events that will, we hope, serve to entertain and inspire golf fans around the world."

"We are grateful to our respective partners, sponsors and players, who have allowed us to make decisions – some of them, very tough decisions – in order to move the game and the industry forward."

"We want to reiterate that Augusta National Golf Club, European Tour, LPGA, PGA of America, PGA Tour, The R&A and USGA collectively value the health and well-being of everyone within the game of golf and beyond, above all else. We encourage everyone to follow all responsible precautions and make effort to remain healthy and safe."

According to the tally from Johns Hopkins University, more than 1.3 million people have been confirmed infected with COVID-19 and over 74,000 have died.

The pandemic has shredded the 2020 sporting schedule, with the Tokyo Olympics, UEFA European Championship and Wimbledon among major competitions swept aside by the deadly virus. 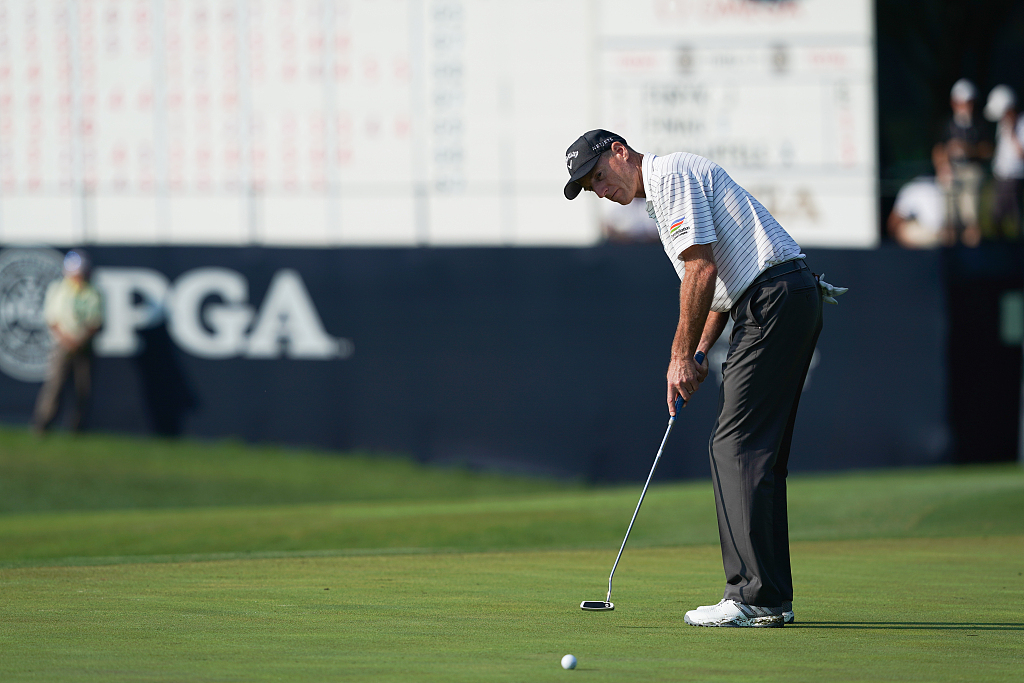