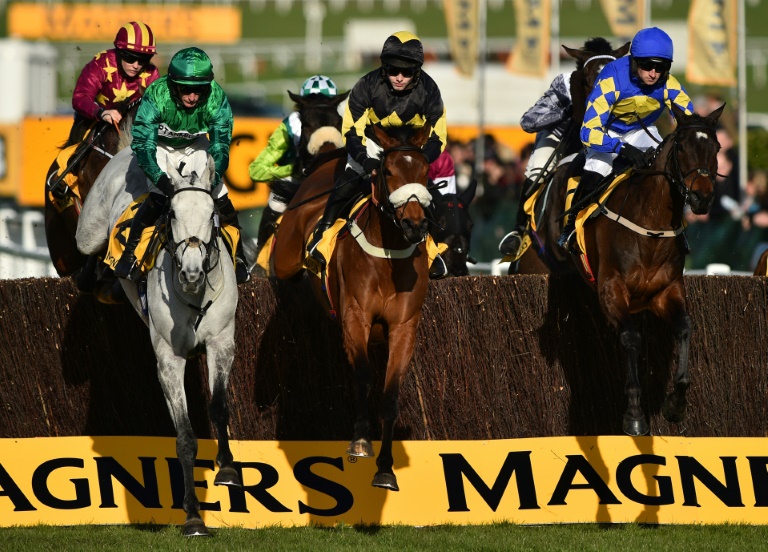 Coronavirus has forced the suspension of horse racing in Britain (Photo: AFP)

British horse racing is preparing itself for tough times ahead after the coronavirus pandemic shuttered racecourses, putting jobs at risk and leaving the industry in limbo.

The British Horseracing Authority (BHA) announced on Tuesday the sport would be suspended until the end of April.

Racing has faced severe crises before, notably during the foot and mouth outbreak in 2001, but COVID-19 poses an unprecedented challenge.

Nobody knows when it will start up again as the pandemic tightens its grip on global sport, wrecking schedules.

Racing is a significant part of the British economy. It supports 85,000 jobs, generates expenditure of £3.45 billion ($4 billion) and attracts around six million racegoers annually, according to the BHA.

A lot is at stake for a huge range of people from trainers to their stable staff, owners, breeders, caterers and farriers.

Cheltenham Gold Cup-winning trainer Jessica Harrington, whose horses are still running in Ireland behind closed doors, expects the industry to suffer and jobs to go.

"The impact on racing will be the same as it is for any business or industry all over the world," she told AFP.

"Racing might be resilient but people will still go to the wall.

"Owners don't know when or if their horses will run so do they take them out of training?

"It will have a trickle-down effect to other businesses linked to the industry such as farriers and catering staff at racecourses."

He said he was encouraged by what was happening in China, with restaurants reopening and factories starting up again.

"On a hopeful note, it is encouraging that a few countries, particularly in the East, appear to be coming out of the worst part of the period and are getting back to something approaching normal," he said.

"Europe appears to be four or six weeks behind that curve (in Asia), but I am sure everyone is hoping that it is a similarly short period for us.

"But it will be quite some time before racing understands the impact of this crisis."

Stable staff, who care for the horses and ride them on the gallops, could be one of the groups most at risk.

But Amer Abdulaziz Salman, CEO and founder of Dubai-based Phoenix Thoroughbreds, which has more than 300 horses worldwide, offered reassurances.

"Prize money percentage is very important to keeping a yard running," he said

"We will, of course, keep paying the training fees and work closely with our trainers to see how else we can aid them."

William Woodhams, CEO of Fitzdares bookmakers, said the industry was facing an unprecedented challenge, dwarfing previous crises such as foot and mouth, the "Beast from the East" storm and horse flu.

"Never (outside of wartime) has there been such disruption," said Woodhams. "This is a major turning point in the sport and we will be counting the cost for many years."

Another casualty, according to Woodhams, will be on-course bookmakers, already struggling to compete against online competitors

"It's an utter disaster but understandable," he said. "Many independent and on-course bookmakers will go bust."

The jumps season has largely run its course -- the four-day Cheltenham Festival controversially went ahead last week with more than 250,000 spectators attending -- though next month's Grand National is already a casualty.

But the upcoming flat season will be hit hard.

The blue riband race of the flat, the Epsom Derby, and Royal Ascot, take place in June.

"It's (the flat season) followed the same rhythm for centuries and this will be disrupted," said Woodhams. The knock-on effect is unbelievable."

But he is upbeat about the long-term future of the industry despite the current woes.

"Racing is hugely resilient and will be fine long term but they will need public sympathy and support in buckets," he said.