DeAndre Jordan #6 and Spencer Dinwiddie of the Brooklyn Nets in the game against the Miami Heat at the Barcalys Center in Brooklyn, New York, December 1, 2019. (Photos: VCG)

The Brooklyn Nets continued to suffer franchise losses before the NBA season restarted as two of the team's key players, Spencer Dinwiddie and DeAndre Jordan, announced they tested positive for COVID-19.

"Originally, we were supposed to be one of the teams to enter into the Orlando bubble early, but training camp got switched back to New York and unfortunately I am now positive. Given that I have experienced symptoms, including fever and chest tightness, it is unclear on whether or not I'll be able to participate in Orlando," said Dinwiddie in a statement on Monday.

"Found out last night and confirmed again today that I've tested positive for Covid while being back in market. As a result of this, I will not be in Orlando for the resumption of the season," posted Jordan on Twitter on Monday.

Wilson Chandler of the Brooklyn Nets handles the ball in the game against the Chicago Bulls at the Barclays Center, March 8, 2020.

So far, the Nets already have four players – Kevin Durant, Kyrie Irving, Wilson Chandler, Jordan – who confirmed that they will not play in Orlando. Durant, Irving and Jordan all joined the team last summer and were seen as another Big 3 that could chase the championship.

Durant has been recovering from an Achilles tendon injury and thus did not play any games this season. Irving was struggling with injuries too and he only played 20 games for Brooklyn. Therefore, the absence of the two should not cause too much trouble for the team. 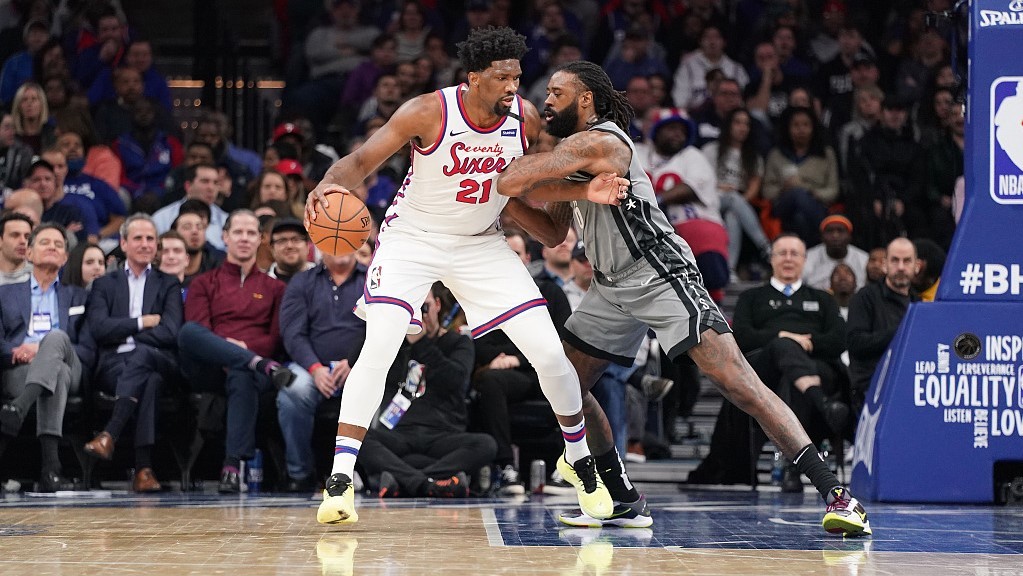 Joel Embiid #21 of the Philadelphia 76ers tussles with DeAndre Jordan of the Brooklyn Nets in the game at the Wells Fargo Center in Philadelphia, Pennsylvania, February 20, 2020.

However, Jordan and Dinwiddie are different stories. Despite that Jordan only started in six of the 56 games he played for the team, he offered a totally different solution in defense than Jarrett Allen. Compared with the younger, faster Allen, Jordan's more experienced and more importantly, bigger and stronger to tussle with the opponents' big men in the low block. Last year, Brooklyn had no match for Joel Embiid who dropped an average of 24.8 points and 13.5 rebounds per game in the playoffs. Without Jordan, Embiid is likely to bully everyone under the rim of Brooklyn.

The Nets will miss Jordan's role in rebounding and screen-offering as well. Currently, they are the league's second-best rebounding team (48.5 rebounds per game) with the fifth-best offensive rebounding number (10.8 per game). Jordan who played only 22 minutes per game, could contribute 10 rebounds (2.5 on the offensive board). Without him, the Nets' loss in this area will hurt. 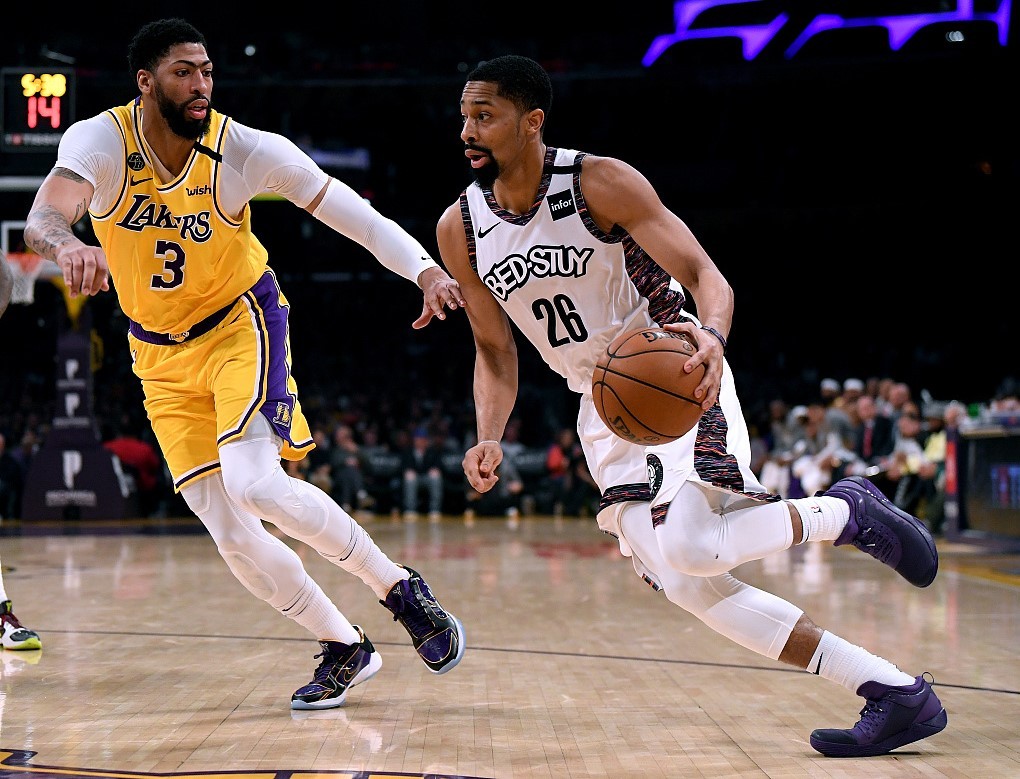 Spencer Dinwiddie #26 of the Brooklyn Nets penetrates in the game against the Los Angeles Lakers at the Staples Center in Los Angeles, California, March 10, 2020.

Jordan's size enabled him to offer top screen for Dinwiddie in offense-launching and screen play by Dinwiddie has been the starting move in over half of Brooklyn's offensive possessions this season. Without Jordan, Dinwiddie will find it much more difficult to drive into the paint or find shooting space from the perimeter. Nonetheless, if Dinwiddie does not play either, Brooklyn's only hope will be for Caris LeVert to suddenly turn himself into Dwyane Wade at the same age.

Currently, the Nets rank seventh in the Eastern Conference and lead the ninth Washington Wizards by six games. It's hard to imagine that the Nets will miss the payoffs since there are only eight games to go in the regular season in Orlando. However, with such a broken squad, it's even harder to imagine that the team can make any difference in the playoffs.