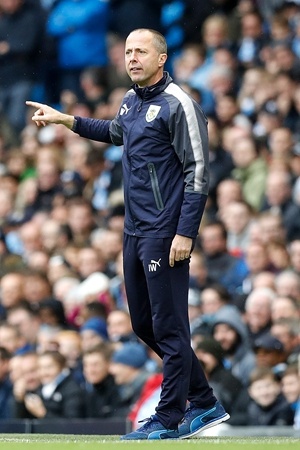 Burnley assistant manager Ian Woan was named Tuesday as one of six individuals at three Premier League clubs to have tested positive for the coronavirus.

The results came after the Premier League announced earlier Tuesday that it had ­tested a total of 748 players and club staff for COVID-19 on Sunday and Monday.

Premier League officials did not name the individuals concerned but a Burnley statement said, "Burnley Football Club can confirm that after completing a COVID-19 test on Sunday, 17th May, assistant manager Ian Woan has tested positive.

"In line with strict Premier League requirements and following a positive test, Ian will now self-isolate for a period of seven days, with a view to being tested again week commencing Monday, 25th May.

"Ian is asymptomatic and is currently safe and well at home. He will remain in close communication with club personnel regarding his re-­engagement in training once he is clear of the virus."

Premier League clubs began returning to training in small groups on Tuesday after protocols on safety measures were signed off on Monday.

Brighton have previously confirmed three positive cases among their squad at different stages of the pandemic, while positive tests for Arsenal manager Mikel Arteta and Chelsea winger Callum Hudson-Odoi played a major role in the decision to suspend matches on March 13.

The number of positive ­cases represents just 0.8 percent of those tested and is consistent with similar widespread testing conducted by other major leagues hoping to complete the season.

Germany's top two divisions registered 10 positive cases out of 1,724 tests two weeks ago ahead of their return to action last weekend.

Premier League clubs are aiming for a return to action by the middle of next month, but face resistence from players concerned over their welfare.

Watford captain Troy Deeney has said he will not return to training this week due to fears he could pass the virus on to his 5-month-old son.

"I can't get a haircut ­until mid-July, but I can go and get in a box with 19 people and jump for a header," said ­Deeney on the Talk The Talk podcast.

Rose's manager Steve Bruce said the majority of his players are in favor of a return to training and praised "meticulous" planning on behalf of the ­Premier League to make the environment as safe as possible.