Spain will get its most experienced player back at the European Championship on Friday.

The Spanish soccer federation said Sergio Busquets tested negative for COVID-19 on Thursday, so he will be allowed back with the team after being in isolation since testing positive on June 6. 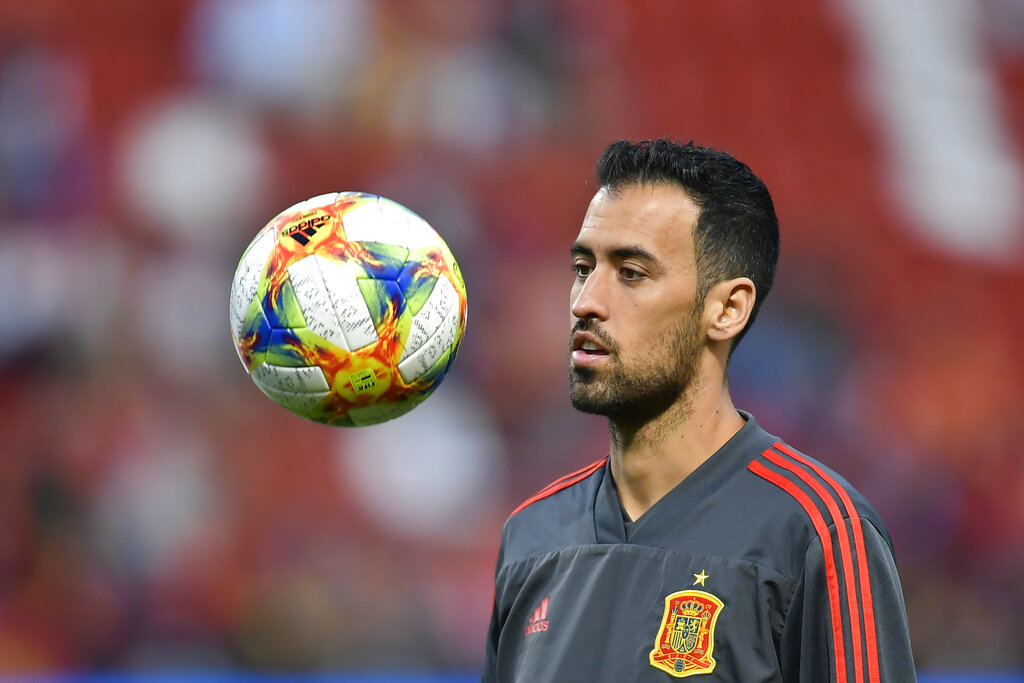 The Barcelona midfielder will be in Seville for Spain's match against Poland on Saturday, though he is not likely to play after not practicing regularly while in isolation.

Spain opened its Euro 2020 campaign with a 0-0 draw against Sweden in Group E.

Diego Llorente also went into isolation because of the coronavirus but the defender has already rejoined the squad after health officials determined his test result was a false-positive.

Fears of a COVID-19 outbreak prompted Spain coach Luis Enrique to call up a parallel squad to train in a separate bubble in case there were more positive results within the team. Personalized practice routines had to be implemented and the team's final warm-up match had to be played with under-21 players.

Busquets is the most experienced player in Spain's squad. He is the only one left from the World Cup-winning team in 2010.

Busquets was replaced by Rodri Hernández in the opener against Sweden, and Jordi Alba took over as team captain in his absence.

The federation had considered dropping Busquets and Llorente from the squad after they tested positive but Luis Enrique decided to wait for them.

Spain will travel from its base in Madrid to Seville on Friday.