Arsenal's hopes of a belated revival have been dealt a major blow with key center-back Calum Chambers set to be out of action for six to nine months due to an injury. 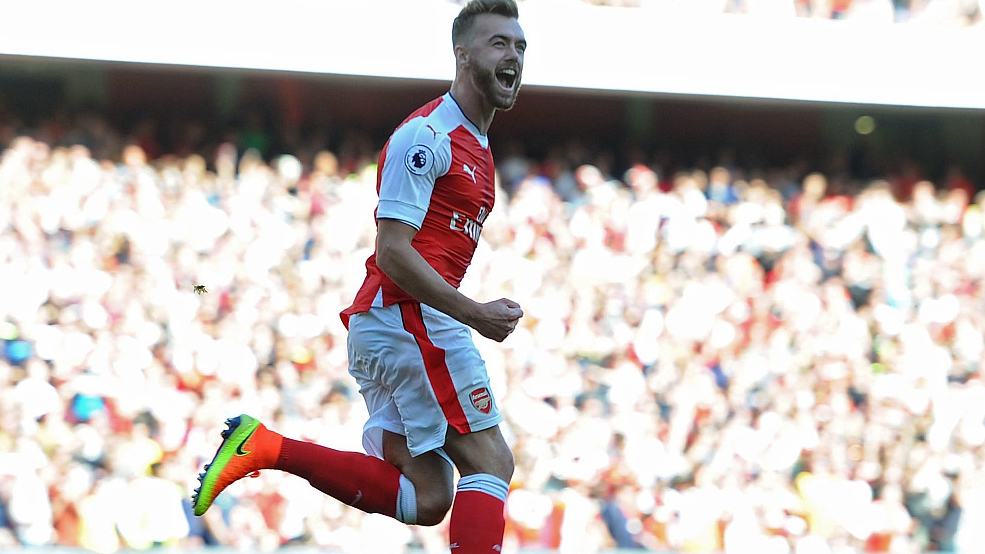 The England international sustained a ruptured anterior cruciate ligament in his left knee during the 2-1 loss to Chelsea in the Premier League on Sunday. He has undergone surgery and will miss the rest of the season, according to a statement released by Arsenal.

"Calum has had successful surgery in London on Thursday morning. The rehabilitation process is expected to take between six to nine months," said the English giants. "Everyone at the club will be supporting Calum to ensure he is back on the pitch as soon as possible."

Chambers has played 14 times in the domestic league so far this season and his absence comes at the worst possible time, with the Gunners eager to move up the table after a morale-boosting win over Manchester United on Wednesday.

Mikel Arteta admitted the injury could prove a huge problem for his team as the Arsenal new manager is now short of options in defense and has no choice but to dip into the winter transfer window.

"We're going to try to be in the transfer market to see options that can strengthen the team," Arteta said. "My obligation is to give my opinion and see if there are things we can improve. We have some bad injuries like Calum a few days ago and that's going to change our plans at the back but the reality is that we are not going to be able to do much."

"I am much more concerned at the moment to get people back from injury and trying to improve the players we have, getting everybody on board with what we're trying to do. If something extra comes up and we think it's the right opportunity to improve, let's do it," he added.

Several British media outlets have revealed that Arsenal is interested in signing RB Leipzig defender Dayot Upamecano, who is considered as a suitable replacement for Chambers.

Meanwhile, Arteta has insisted that Granit Xhaka, who had reportedly agreed to terms with Hertha Berlin, will be staying beyond January.

"I think he is going to stay. He was very good [against United], and I really like him. With the way we want to play, if we get him on board I think he can be a tremendous player for the football club," Arteta said.

"I like everything about him. His commitment, I like the way he is, the way he lifts his profession, how focused he is. Every time I am talking, he is listening and is willing to learn."

"He is a great football player. The way we want to play, there are not many with his quality on the ball, his range of pass, so I am delighted to have him."