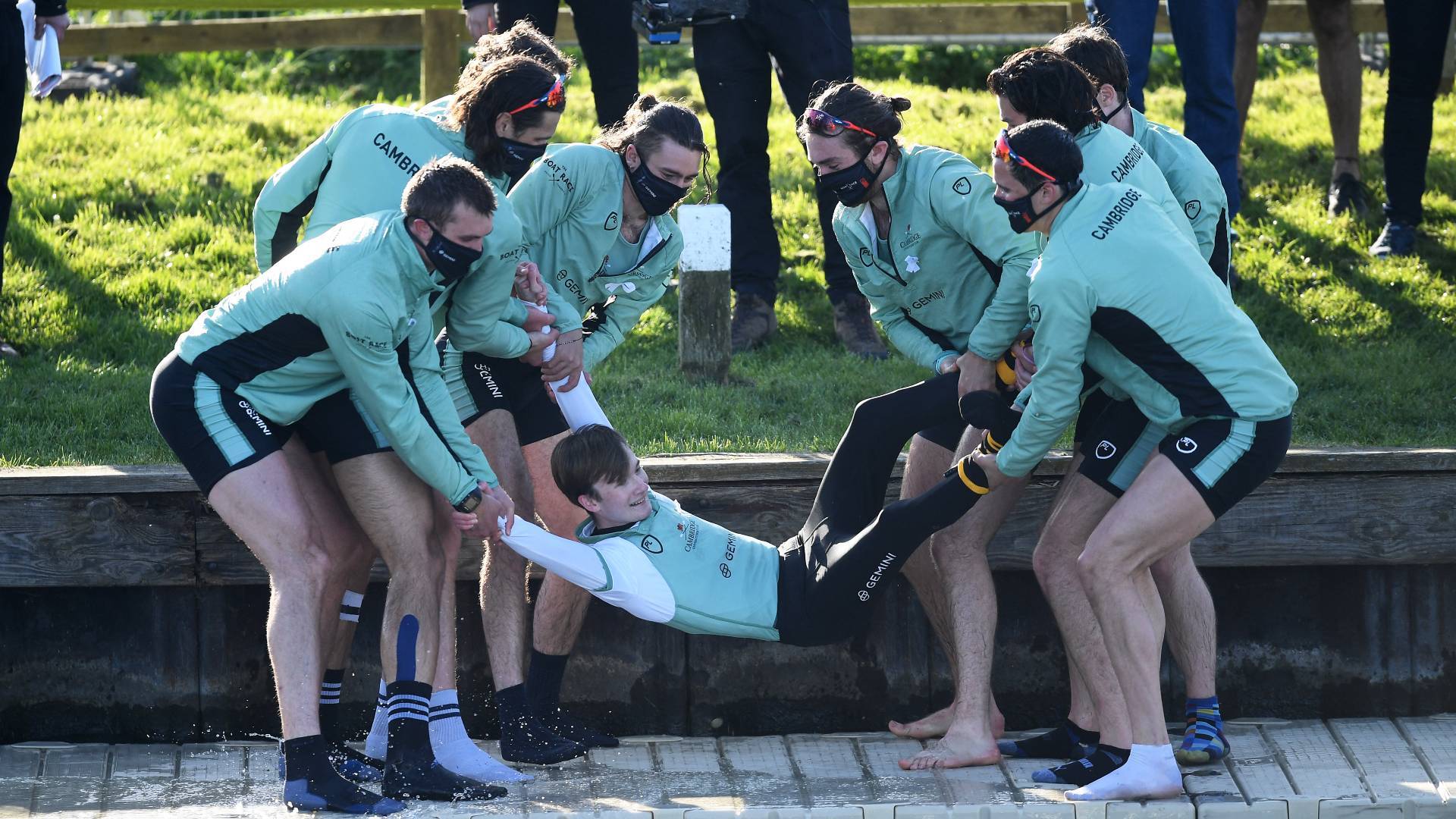 Cambridge won the men's and women's boat race as they defeated Oxford on the Great Ouse as the event was moved from the River Thames because of COVID-19. (Photo: AFP)

Cambridge defeated Oxford in both the men's and women's Boat Race on Sunday as the event took place without a crowd because of the COVID-19 pandemic.

Restrictions put in place to combat the virus – and concerns over the structural safety of one of the bridges over the River Thames – meant that the event moved from its usual home in London to the Great Ouse river in Cambridgeshire.

The men's race was the 166th between the two rivals, and for the first time was umpired by a woman as Sarah Winckless, a double world champion and a double sculls bronze medalist at the 2004 Athens Olympics, taking charge.

There were suggestions before the race that Cambridge would have an advantage because of the change of location and they made home advantage count.

After Cambridge stormed into an early lead, Oxford pegged them back and it was level heading into the latter stages of the race before Cambridge secured victory.

In the women's race, Oxford were repeatedly warned for racing too close to the Cambridge boat but it was the latter of the two teams who took victory by the narrowest of margins.