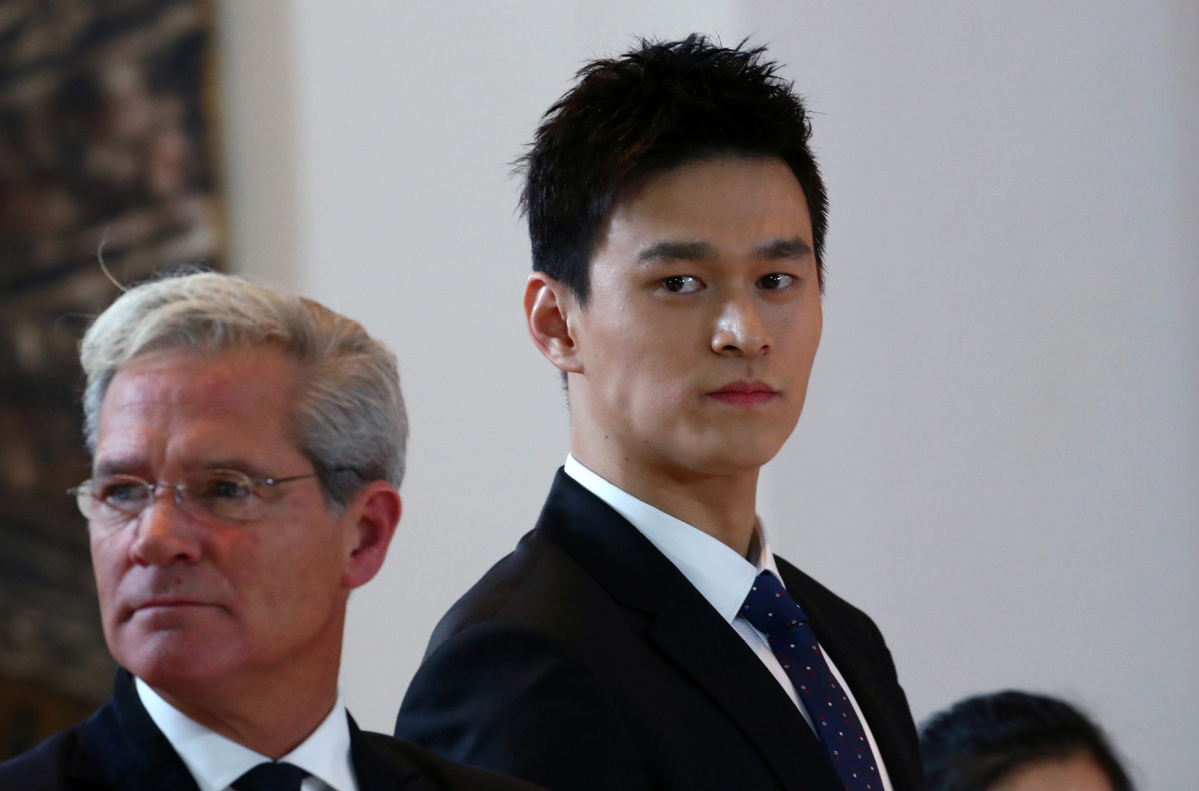 Chinese swimmer Sun Yang arrives for a public hearing of the Court of Arbitration for Sport (CAS) for the appeal filed by the World Anti-Doping Agency (WADA) against him and the Federation Internationale de Natation (FINA), at the Conference Centre of the Fairmont Le Montreux Palace, in Montreux, Switzerland, November 15, 2019.

"The appeal filed on 14 February 2019 by the World Anti-Doping Agency against the decision issued on 3 January 2019 by the Doping Panel of the Federation Internationale de Natation is upheld," CAS said in its ruling.

"Mr Sun Yang is sanctioned with an 8 (eight) year period of ineligibility, commencing on the date of the present arbitral award," it added.

The CAS held only the second public hearing in November 2019 after WADA appealed against FINA's decision that Sun was not guilty of doping rule violation.

His case was later heard by swimming's world governing body FINA, who decided on January 3 2019 that the swimmer was not guilty of anti-doping rule violations. WADA disagreed and appealed the decision. Then Sun asked for a public hearing.