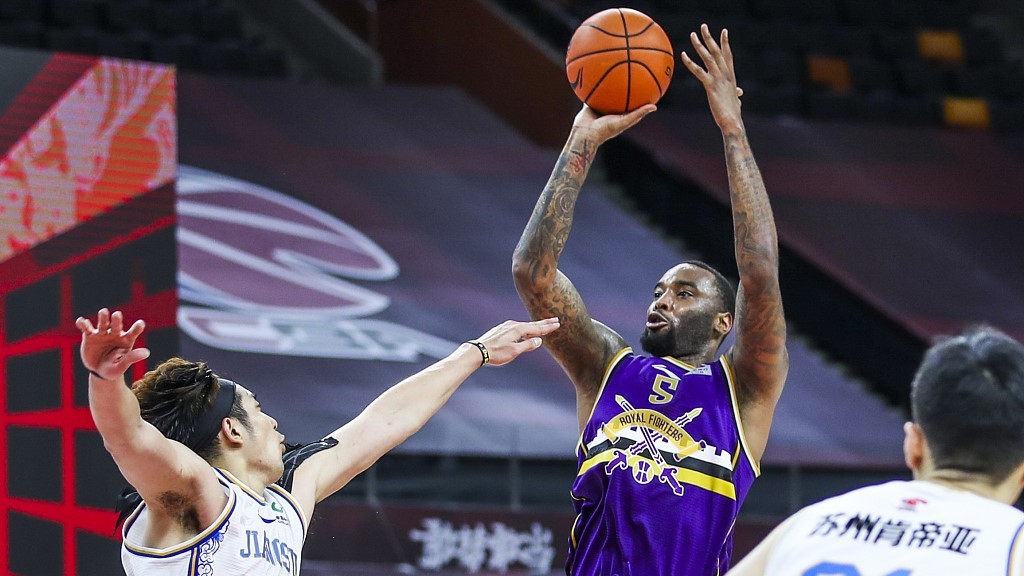 Kyle Fogg #5 of the Beijing Royal Fighters shoots the ball in the game against the Jiangsu Dragons in Dongguan of south China's Guangdong Province, June 25, 2020. (Photos: VCG)

The Beijing Royal Fighters continued to take their second win after the team defeated the Jiangsu Dragons 104-95 thanks to the remarkable performances by Beijing's foreign pair, Arnett Moultrie, who dropped 28 points, 17 rebounds, and Kyle Fogg, who got 21 points, nine assists, seven steals.

Though this was Jiangsu's second loss in a row, their young star Wu Guanxi continued his impressiveness by putting down 24 points and nine rebounds. It was his 10-11 shooting performance that helped Jiangsu fight till the last minutes in the game.

After Thursday's game, the Royal Fighters remain seventh on the ranking table with the same 21-12 record of the sixth Beijing Ducks and the fifth Liaoning Flying Leopards. The Jiangsu Dragons rank 15th, trailing playoff goalkeeper the 12th Fujian Sturgeons by three games.

Other scheduled games on Thursday: