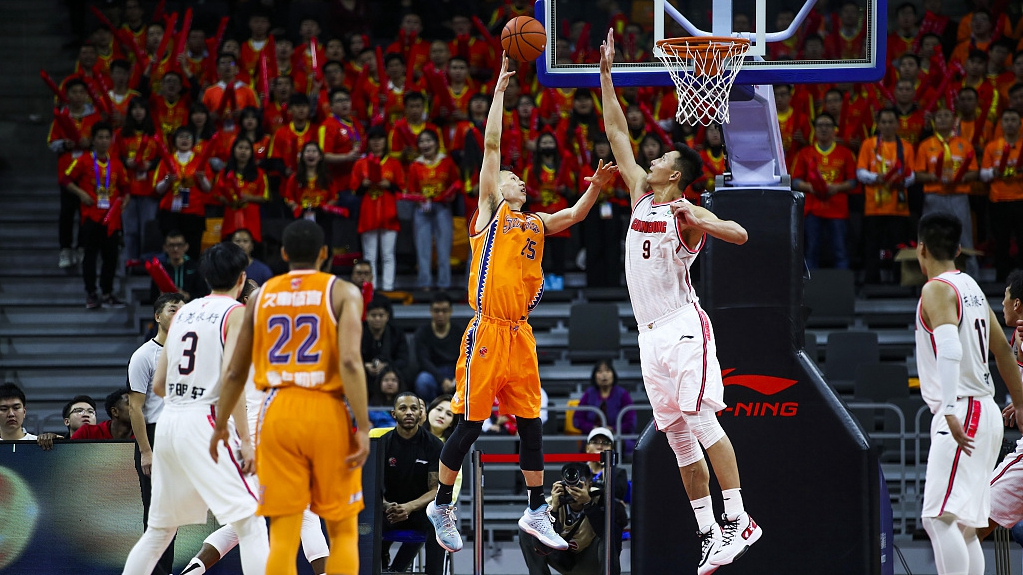 Despite the absence of their top scorer Marshon Brooks, the defending champions kept hot hands throughout with 59 and 52 percent shooting percentages in field goals and 3-pointers respectively. 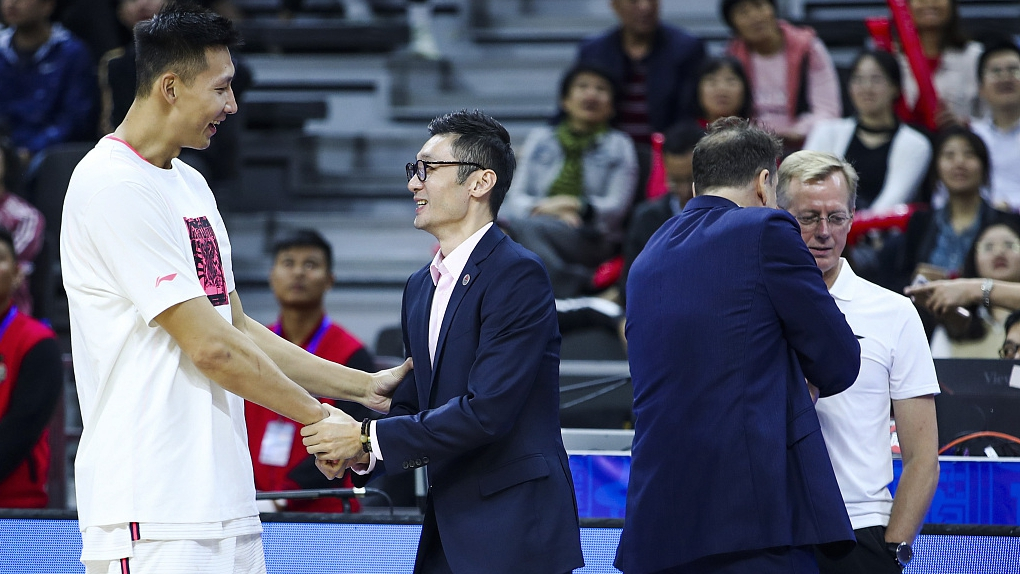 "Brooks couldn't play due to foot injury. Xu Jie got fever and Zeng Fanri had trouble on his leg. It was not easy but we had our focus on the game," said Guangdong head coach Du Feng. "It's a good thing that more players step up when some sustained injuries."

Guangdong led the first seesaw quarter 28-27, had a 10-0 spurt to enter the second half at 62-49, and extended the lead to 95-64 into the last quarter, sealing their fourth consecutive win to remain atop the league table with 19 victories against two losses. 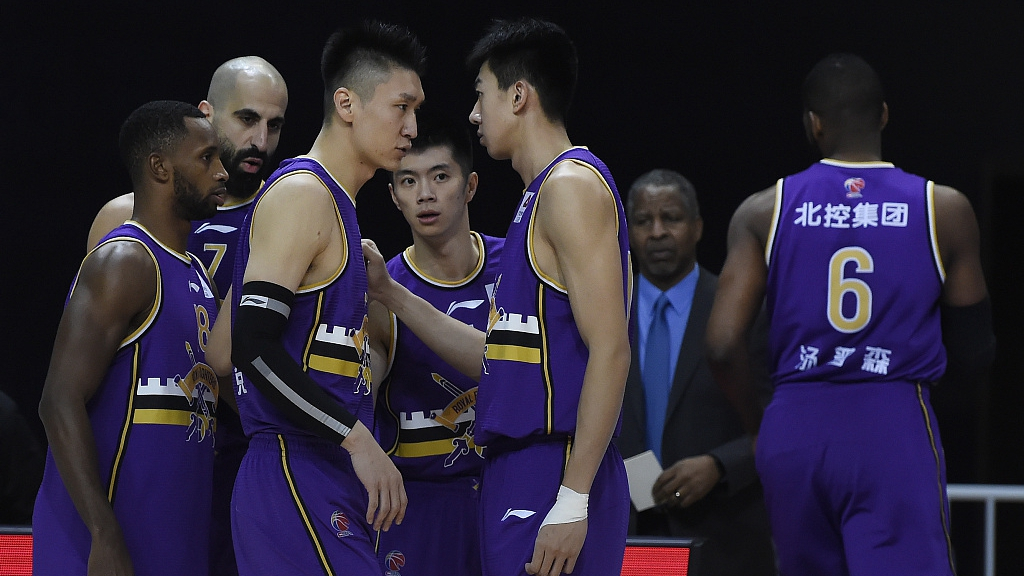 Players from Beijing Royal Fighters gather in a game between Beijing and Nanjing Monkey Kings in Nanjing, Jiangsu, December 26, 2019.

After a tough first half at 48-47, Thompson scored 14 points in the third quarter to help Beijing lead at 81-66. After Nanjing cut the deficit to 83-76 with nine minutes remaining, Fogg hit five of his six shots in the final quarter to ensure the road victory for Beijing.

"Throughout the game, we maintained our balance and composure," noted Beijing head coach Stephon Marbury. "The key is our defence."

Elsewhere on Thursday, Shandong Heroes rallied past Bayi Rockets 89-80 thanks to Jamaal Franklin's 14 points in the fourth quarter.