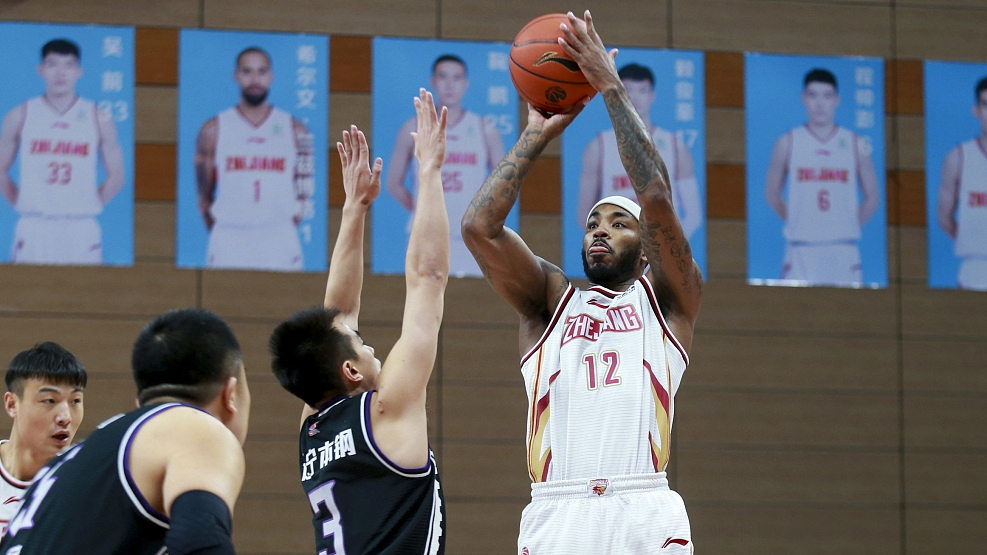 The Zhejiang side, who looked to avenge their loss against the 2018 champions two weeks ago, were powered by their back-court duo of Wu Qian and Marcus Denmon to get the job done.

Wu was brilliant from the get go and kept the pressure on the opposition side with a superb three-pointer early in the game. Lance Stephenson tied it at 7-7 for Liaoning and eventually finished with 29 points. Zhejiang pulled away a bit towards the end of the first quarter, but a terrific dunk from Brandon Bass cut the margin to two. It was tied at 27 until Denmon delivered from distance early in the second quarter.

Denmon, who finished with a game-high 34 points, accomplished a three-pointer to give Zhejiang an eight-point lead in the second quarter. Sylven Landesberg was among six Zhejiang players who scored in double figures at his side's home game.

The Flying Leopards, however, fought back and drew within one point, but Zhu Xuhang gave the Golden Bulls a bigger cushion towards the end of the second quarter. Liaoning struggled on offence all night and the hosts exploited that quite well after the half-time. Zhejiang kept it going in the second half to clinch an easy victory.

Zhejiang Golden Bulls coach Liu Weiwei later said: "We're fully prepared for this game and we had a better understanding of Liaoning after our previous loss. The players were fully devoted on the court and did well rebounding on defense. More importantly, we learnt from the mistakes we made in our first meeting. The players showed their discipline and fighting spirit after carefully studying our last defeat to them."

Meanwhile, Xirelijiang Muxtar spearheaded the Xinjiang Flying Tigers a magnificent 116-106 victory over Jiangsu Dragons. Jonathan Gibson's three got Jiangsu within eight in the second quarter. Subsequently, good work in the post from Miroslav Raduljica made it a six-point game heading into half-time.

However, Wu Guanxi scored 16 points from off the bench, including a jam that tied the score at 61 after the break. But the Flying Tigers started to pull away in the middle of the third quarter as Zhou Qi got the putback. Kay Felder then made it 69-63 for the visitors. When Jarnell Stokes outmuscled Raduljica for the bucket and committed a foul, Xinjiang were up by 14 points late in the period.

Zhou had an alley-oop to help the Flying Tigers stay in control in the fourth quarter. The former Houston Rockets center had a joint game-high 27 points and 10 rebounds as Xinjiang registered their fourth straight victory.