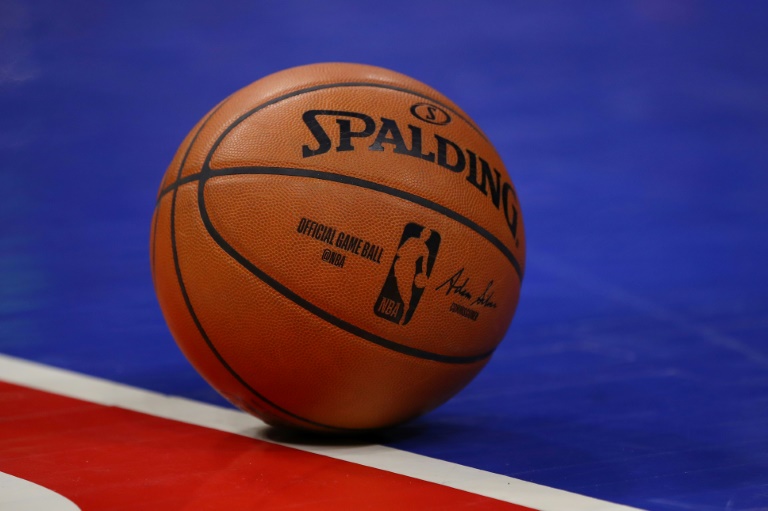 With US sports in a holding pattern in the face of the cornavirus pandemic, the Centers for Disease Control and Prevention have recommended an eight-week moratorium on 'mass gatherings' including sports events (Photo: AFP)

The NBA and other major sports leagues in the United States could be idle for longer than intially anticipated under new recommendations from the Centers for Disease Control (CDC) to combat the coronavirus pandemic.

The CDC recommended Sunday that sporting events and other "large events and mass gatherings" be cancelled or postponed for the next eight weeks.

"Large events and mass gatherings can contribute to the spread of COVID-19 in the United States via travelers who attend these events and introduce the virus to new communities," the agency said in a statement.

"Examples of large events and mass gatherings include conferences, festivals, parades, concerts, sporting events, weddings, and other types of assemblies."

The NBA became the first major US pro sports league to suspend its season in the face of the coronavirus pandemic after Utah Jazz player Rudy Gobert tested positive for COVID-19 on Wednesday.

Three NBA players are now known to have tested positive.

The NHL and Major League Soccer have also suspended competition, while Major League Baseball cancelled Spring Training games and pushed back the scheduled March 26 start of its season "at least two weeks."

The PGA Tour and LPGA Tour have cancelled tournaments into April, and the Masters, first men's major of 2020 will not take place at Augusta National April 9-12.

Tennis, motor racing, figure skating and boxing are also among the sports that have been affected in North America.

The NBA suspension was open-ended, with commissioner Adam Silver saying Thursday that the league had determined it would be "most likely at least 30 days."

An eight-week shut-down from Sunday would extend to May 10, past the scheduled end of the NBA regular season and the scheduled April 18 start of the playoffs.

The NHL, which "paused" its season on March 12, was also in the final weeks heading into its Stanley Cup playoffs.

Both Silver and NHL commissioner Gary Bettman have said that with so many unknowns it was impossible to predict whether they could eventually resume their regular seasons and play on through July or even August, resume with a shortened schedule or perhaps even find themselves unable to resume play at all.

"It's a bit of a puzzle, and part of the problem is, we don't know what all the pieces are yet," Bettman said in an interview posted on NHL.com on Friday.