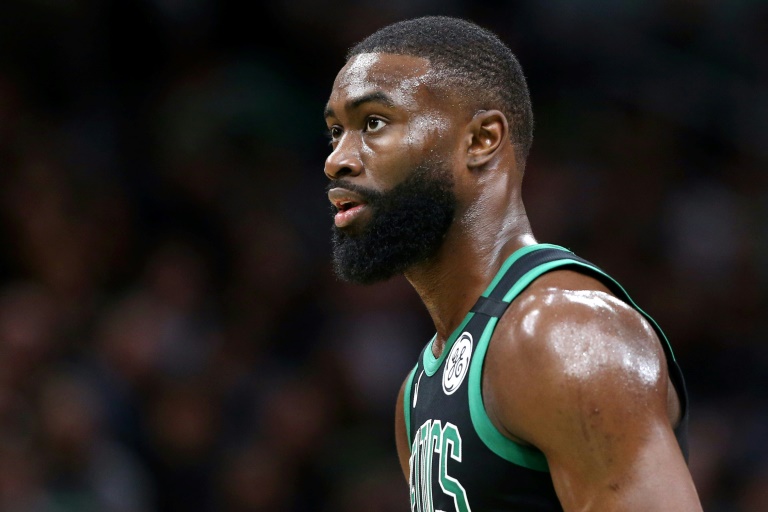 Boston Celtics guard Jaylen Brown urged people to "come together" amid the coronavirus pandemic, even as he used an essay in The Guardian to point out that the virus has highlighted inequality in America.

Noting that more than 30,000 have died from COVID-19 in the United States -- it was 40,000 by Sunday afternoon -- the Georgia native added that of "those heart-wrenching numbers, the percentage of African Americans and people of color is both alarming and disproportionate.

"Our healthcare system could be potentially highlighting injustices this beautiful nation has composed and suppressed since its establishment," he wrote.

Data on COVID-19 cases by race show a pattern of over-representation by black Americans in states or jurisdictions that are sharing the numbers.

When it was shown in early April that 68 percent of coronavirus deaths in Chicago had been among African Americans, who make up just 30 percent of the city's population, mayor Lori Lightfoot said the numbers "take your breath away."

Brown sympathized with anyone feeling frustrated or confused at seemingly conflicting information coming from different leaders.

But he said he believed a calm, concerted response could make the pandemic an opportunity for change.

"I hope that our nation not only consolidates over the next few weeks but also heals," he wrote. "Let's use this time to look for solution based answers and cooperative efforts for those (societal) problems.

"My intention in writing this editorial is to hopefully inspire our society to come together rather than drift farther and farther apart," he said, urging those able to reach out with aid to food banks and homeless shelters as well as healthcare workers.

He offered condolences to Minnesota Timberwolves star Karl-Anthony Towns, whose mother died of COVID-19 complications after weeks in an induced coma, and said he was proud of the NBA's response to the pandemic.

"It's Game 7," Brown wrote -- a reference to the do-or-die game in an NBA championship series -- "and how we perform down the stretch is going to determine our outcome. Let’s lean in and get this done together as a team."