After this week's blow of losing home advantage for its World Cup qualifiers, the Chinese Football Association has pledged to provide the best and safest possible environment for Team China's rearranged fixtures in the United Arab Emirates. 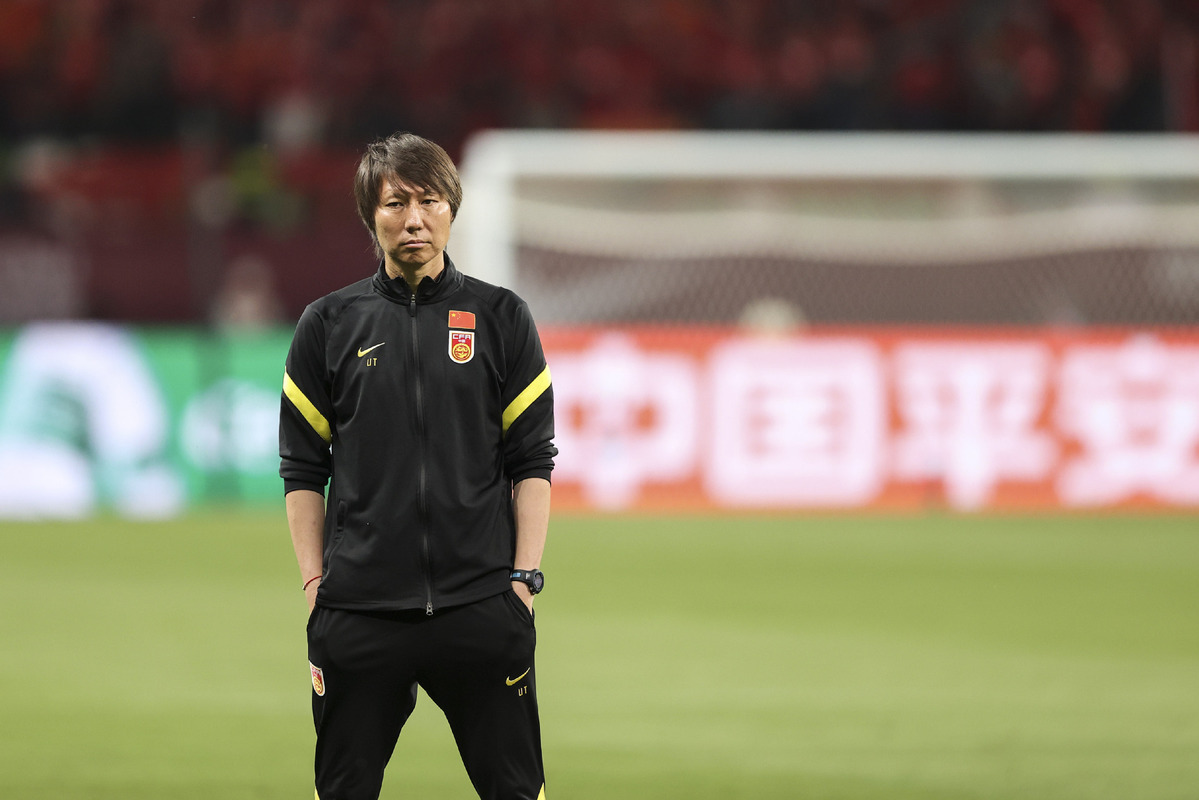 Li Tie's team traveled from Shanghai to the UAE on Thursday, with the Guam squad, technical officials and referees also on board the chartered flight.

On Monday, all remaining Asian zone Group A qualifiers were moved from their bio-secure bubble in Suzhou, Jiangsu province to Emirati city Sharjah, after the Maldives and Syria squads were unable to gain entry to China due to positive COVID-19 tests.

As part of the coronavirus prevention measures for the trip, the CFA has rented an entire hotel, which players are forbidden to leave without permission.

The CFA has also contacted a Chinese restaurant in Sharjah to ensure the players can enjoy home cuisine. CFA president Chen Xuyuan has traveled with the squad to oversee the whole operation.

"The relocation of the host city of the qualifiers was sudden. Given the significance of helping Team China to prepare for the qualifiers, Chen Xuyuan decided to travel with the national squad to the UAE to guarantee the quality of the preparation work and make decisions decisively at the frontline," read a Beijing Youth Daily commentary.

"Another reason for Chen's decision to travel with Team China is that, as the leader of the CFA, he needs to always fight side by side with the national team and to give the team the encouragement that it needs."

Team China enjoyed a 7-0 victory over Guam on Sunday in front of around 30,000 fans at Suzhou Olympic Sports Center Stadium. However, that home advantage was lost when COVID-19 cases in the Maldives and Syrian camps prompted the Asian Football Confederation (AFC)－in agreement with the CFA－to move the remaining seven Group A matches to Sharjah.

Despite the change, the CFA is technically still the host of the event and, therefore, required to make all the arrangements and cover the expenses of all four teams.

"China is still the host of the event and we will be responsible for all teams' transportation and accommodation in Sharjah. But the teams should be responsible for their own flights in and out of the UAE," read a CFA statement on Wednesday.

"The CFA will also be responsible for the qualifiers' event organization and broadcasting signal in the UAE. And the CFA owns the media rights in the Chinese mainland."

In terms of the health protocols, all Team China members were tested for COVID-19 on Tuesday, and players who hadn't previously been vaccinated received their first shot before leaving China.

"Team China has taken sufficient epidemic prevention equipment, including protective clothing, face masks and gloves. As sanitizer is not allowed to be taken on board the plane, the CFA will buy more upon arrival in Sharjah," soccer reporter Zhao Yu revealed on his personal Weibo account.

"The teams will be under lockdown after they arrive in the UAE. All Team China members will only be able to go to the hotels, training pitches and the match stadium, so they can avoid interaction with the outside world. Even the bus drivers who take the players to the airports are required to have COVID-19 tests.

"The CFA has rented an entire hotel. There will be no one else in the hotel apart from Team China members and hotel staff. Everyone will stay in separate rooms and they will only have meals in the hotel."

Now, fans will hope the players can shake off any jet lag to deliver on the pitch in the searing heat of Sharjah, a city close to Dubai.

Team China will face the Philippines on Monday, before taking on the Maldives and Syria on June 11 and 15 respectively.

China is second in Group A, trailing Syria by five points. The eight group winners and four best second-place finishers will enter the next phase of qualifying.