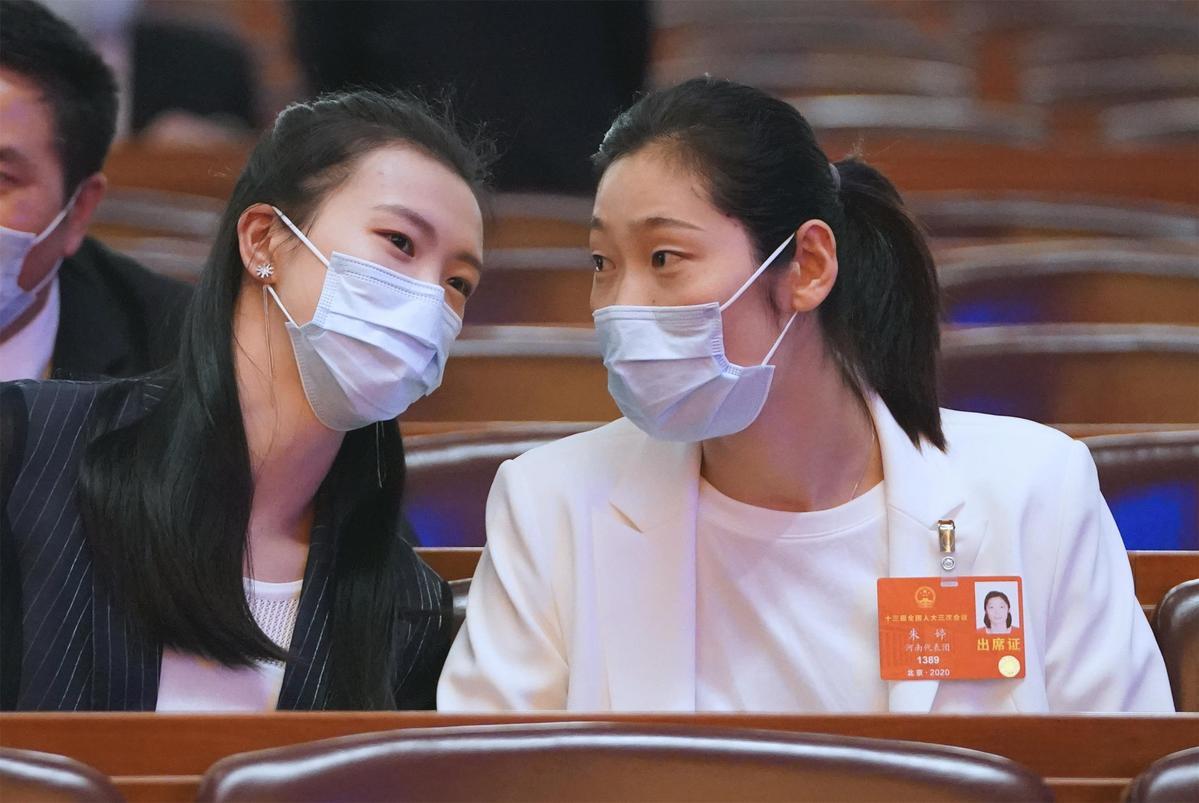 Zhu, the captain of China's reigning Olympic champion team, reiterated during a public speech and in her written suggestion to the top legislature that more attention should be paid to better facilitating junior sports activities, especially for kindergarten children.

"I hope more children choose sports because of a growing interest during their youth, not just because of their size, like I did," said the towering spiker, whose exceptional height (1.7 meters) as a 12-year-old saw her drafted into the State's professional system.

Zhang, another popular member of China's all-conquering women's team, has been a tireless campaigner for collegiate sports as part of her NPC duties over the past three years.

She suggests that high-school graduates' sports performances should be attributed greater importance in their overall assessment and college enrollment, while universities should build elite sports teams based on their own characteristics.

"Only by developing a sound collegiate sports program on top of our education system can we encourage and persuade schools at the primary and secondary levels to make the whole system a complete one," said Zhang, an outside hitter who first developed her skills in the national beach volleyball program in 2009.

Although it runs a multiple-sport collegiate league system of its own, the Federation of University Sport of China still struggles to provide a consistent feed of elite talents to the country's top professional leagues, such as basketball's CBA and soccer's Chinese Super League, without dedicated coaching teams and high-performance training facilities.

To expand the talent pathway from ordinary schools to the pro leagues is a major challenge that requires both cross-department efforts and society's wholehearted support, Yao reckons.

"The promotion of physical education should never just be a slogan. Combining sports in all-round education is the future, and that takes a collective effort to push forward consistently," the hoops great said earlier this month after signing a cooperation deal between the CBA and the Chinese University Basketball Association. 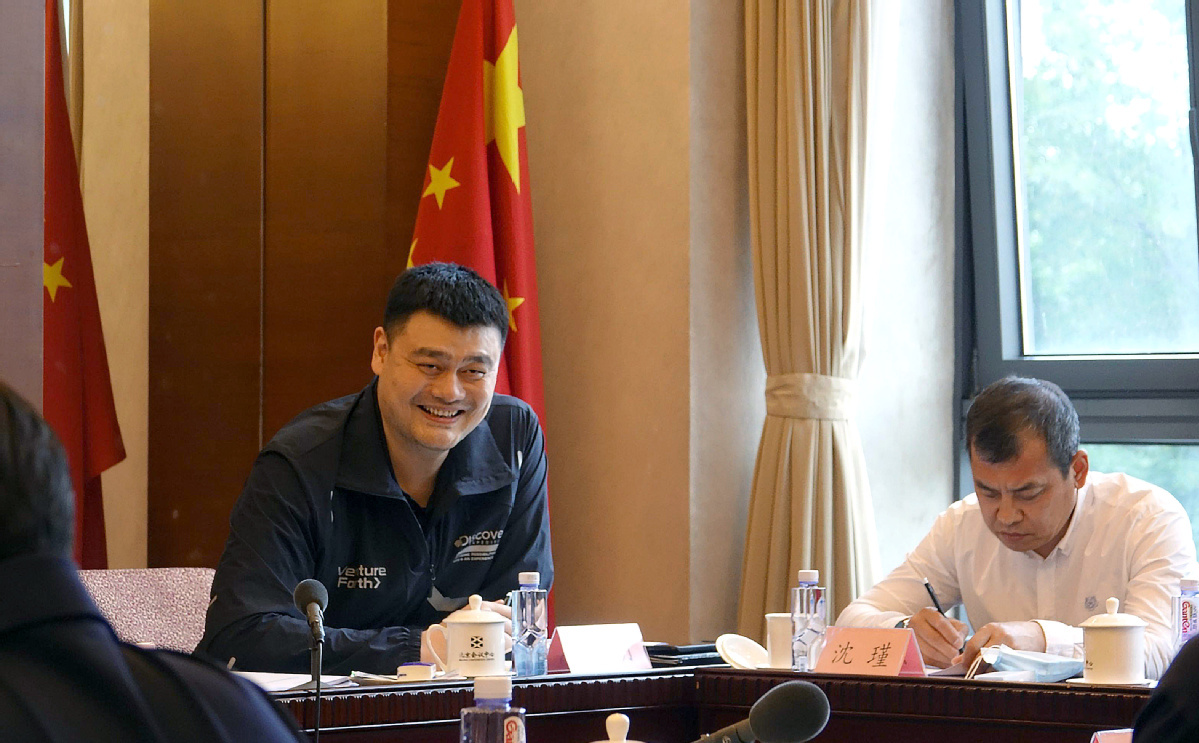 Chinese sporting greats, both past and present, made their voices heard at the country's biggest political gathering last week as they called for a greater role for physical education on campus.

High-profile athletes, including volleyball superstar Zhu Ting, threw their weight behind a proposal from basketball legend Yao Ming to improve PE lessons, and tabled suggestions of their own on the issue of Chinese children's lack of exercise at the two sessions - the annual meetings of the country's top legislature and political advisory body.

Chinese Basketball Association chairman Yao, a notable member of the Chinese People's Political Consultative Conference's 13th National Committee, filed a proposal to the advisory body calling for a stronger combination of sports and education to ensure school PE programs are both fun enough and competitive enough for students.

"Education without sports is incomplete, while sports training without education won't yield consistent results," said Yao, who ended his playing career in 2011 and joined the CPPCC two years later.

Now, as the chief of Chinese basketball and a father of a school-age daughter, Yao is pushing ahead with reforms to build closer cooperation between the country's sports governing body, educational authority and commercial sports training enterprises. The aims are to provide more interesting PE curriculums, introduce better coaching on campus and develop cross-school sports leagues.

Yao has stressed that policies on training and encouraging retired athletes to become teachers should be worked out between the sports and education authorities to facilitate on-campus PE programs with talents developed in the country's State-run professional sports system.

He added that school PE courses shall be diversified and individualized to cater to students' interests in different sporting events based on their own choices rather than just providing the compulsory curriculum focusing on basic exercises, such as running, jumping and throwing.

The emphasis on academic study has seen extracurricular sports activities replaced by extra tutoring in many schools and families to prepare for the all-important college entrance examination, or gaokao, resulting in a decline in the average fitness levels of students, according to the Education Ministry.