Champs! LSU finishes No. 1 in AP Top 25 for third time 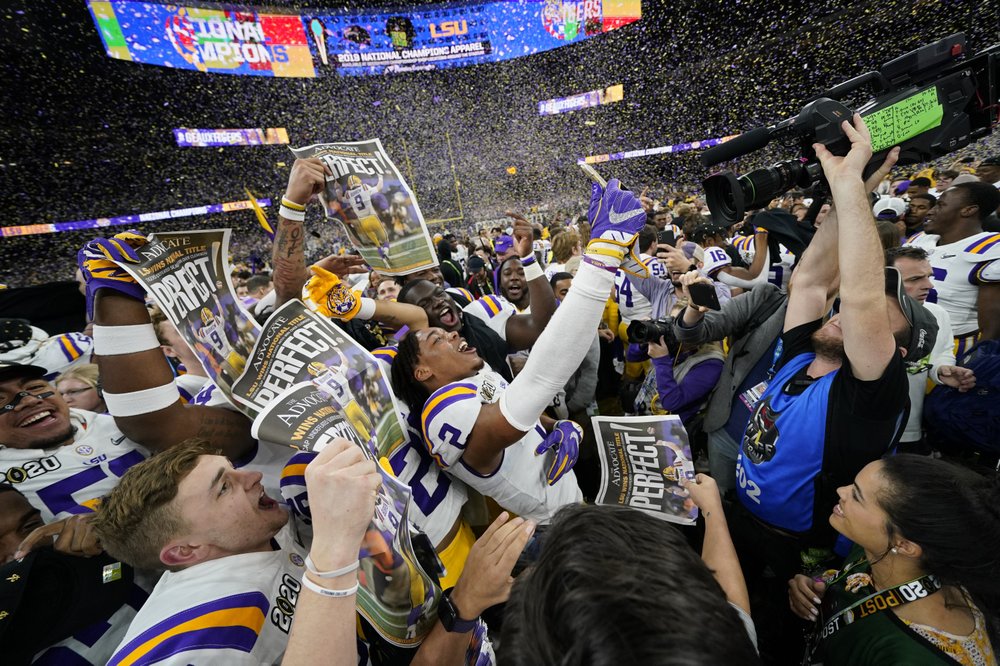 LSU finished No. 1 in the AP Top 25 for the third time in school history, with Clemson No. 2 and Ohio State No. 3.

The Tigers (15-0) beat Clemson 42-25 in the national championship game Monday night and then received all 62 first-place votes from the media panel in the season’s final Top 25 presented by Regions Bank.

– Let the celebrations begin: LSU champs party ahead of parade

– Trevor vs Justin; Bama vs LSU and other top stories in 2020

Georgia, LSU’s Southeastern Conference rival, was fourth and Pac-12 champion Oregon was fifth. Florida was sixth and Oklahoma, which made the playoff, was seventh.

Alabama finished eighth, its lowest final ranking since 2010, giving the SEC four of the top 10. It’s the fifth time one conference has had four teams in the final top 10, and fourth for the SEC.

Navy finished No. 20 and Air Force was ranked No. 22, marking the first time two service academies were in the final AP poll of the season since 1958.

Navy was one of four American Athletic Conference schools in the final rankings, a new high for the conference. Memphis was 17th, Cincinnati 21st and UCF 24th.