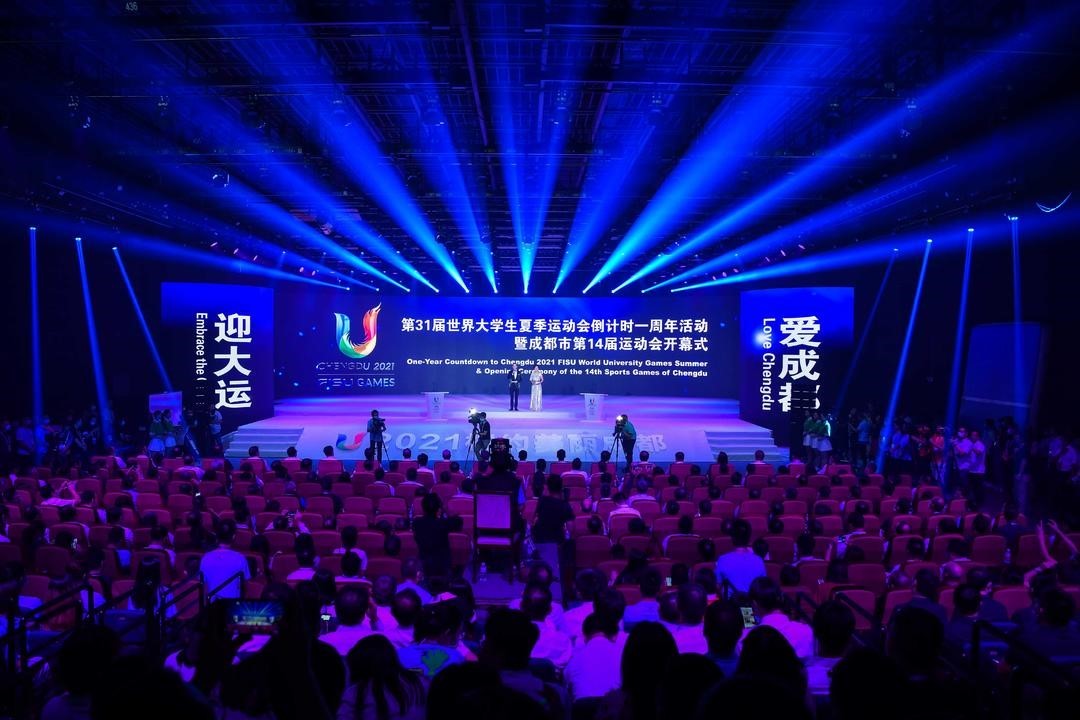 Chengdu, capital of southwest China’s Sichuan province, held a grand event on the evening of August 18 to mark the one-year countdown to the 31st FISU Summer World University Games Chengdu 2021, or Universiade, to be held in the city.

During the event, a total of 212 invitations printed with the slogan of the Universiade, “Chengdu Makes Dreams Come True”, were sent out, showing Chengdu’s warm welcome to friends from all over the world.

Rongbao, mascot for the Chengdu 2021 Universiade, is a cartoon image of a giant panda. Tha panda appears with a torch in his hand. The flame above the torch is in the shape of “31”, denoting the 31st edition of the Universiade. Rongbao’s ears, eyes and tail are all in the shape of flame.

Zhi Ma, a three-year-old male panda at the Chengdu Research Base of Giant Panda Breeding, has been voted as the prototype of the mascot Rongbao as he is considered most similar to the mascot compared with other panda candidates. 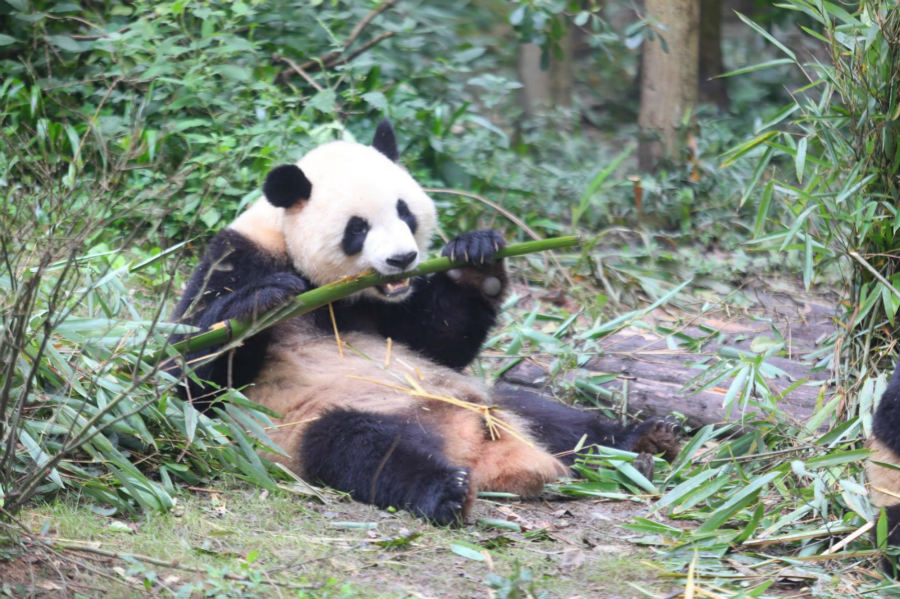 Photo shows Zhi Ma, who has been voted as the prototype of the mascot of Chengdu 2021 Summer World University Games.

With charmingly naive appearance, Zhi Ma is dynamic and agile, and good at running and climbing trees.

Zhi Ma is now between childhood and adulthood, which is basically the same as adolescence for human beings, said Zhang Xiaohui, a staff member in charge of animal breeding and management at the base.

He is lively, active and strong and has infused new vitality into the mascot Rongbao, Zhang added, disclosing that as the Universiade approaches, Zhi Ma will also be seen more often on social platforms.

Besides the mascot, the opening and closing ceremonies of the Universiade have also attracted great attention.

On August 18, the director team of the opening and closing ceremonies made an official debut. 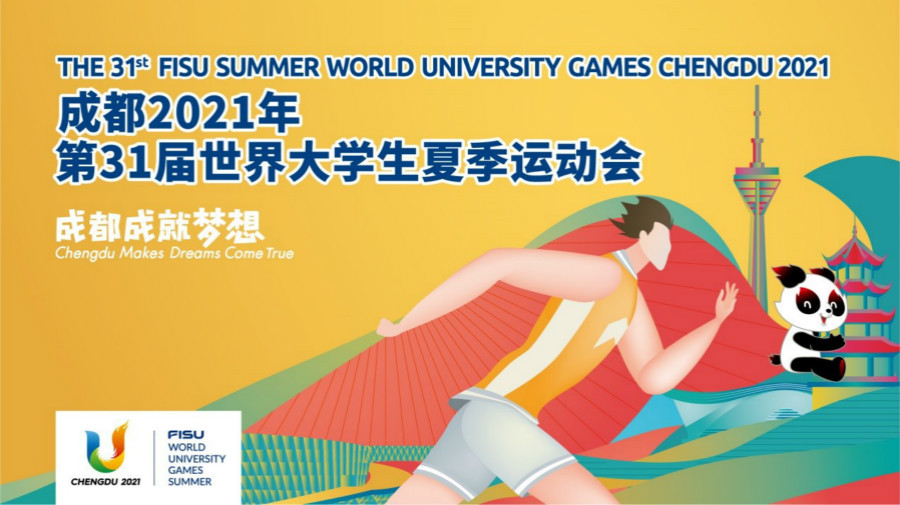 Technological achievements such as VR and 5G network will be made full use during the opening and closing ceremonies, which will also highlight cultural elements of Chengdu city and Sichuan province, including the Golden Sun Bird, giant panda, face-changing in Sichuan opera, Sanxingdui relics as well as Jiuzhaigou nature reserve, aiming to stage two carnivals for audience that combine international flavor with Chinese and Sichuan styles.

“The Universiade is a gathering of college athletes. We hope to fully demonstrate the spirit of the youth nowadays and help college students from all over the world feel the unique charm of Chengdu and China”, Chen said.

Chengdu won the bid to host the 31st Summer World University Games on March 1, 2019, and was only left with less than two years and a half before the opening of the event.

Although the tight schedule has posed challenges to relevant construction tasks, all the constructors in the project have advanced their work in an orderly manner out of a strong sense of responsibility, according to Tang Chongmin, vice director of General Affairs Department, Executive Committee of the Chengdu 2021 Universiade.

The main stadium for the opening ceremony of the Universiade, which is located in the Dongan Lake Sports Park of Chengdu, has already started to take shape.

Chengdu has built and renovated 49 venues for the event, among which 13 newly built venues have been capped and are expected to be completed by the end of April, 2021.

Located in the campus of Chengdu University, the athletes’ village for the Universiade covers an area of 800,000 square meters and consists of four functional zones for dwellings, services, and transportation facilities. 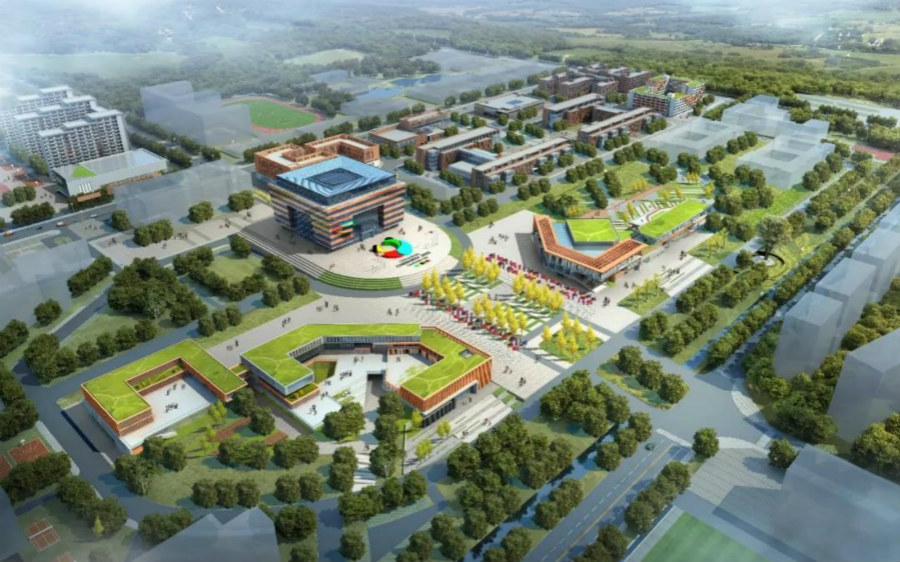 A design sketch of the athletes’ village for Chengdu 2021 Summer World University Games.

Once completed, it will provide accommodation, catering, transportation and other services for more than 10,000 delegation members from all over the world during the event.

Following a relatively high standard in construction, the health center is expected to be put into trial operation in July 2021. It will provide athletes in the village with high-quality outpatient and inpatient services for emergency, injury, and rehabilitation.

While the construction of various venues and facilities is basically completed, 18 million citizens in Chengdu are also preparing themselves for the event. 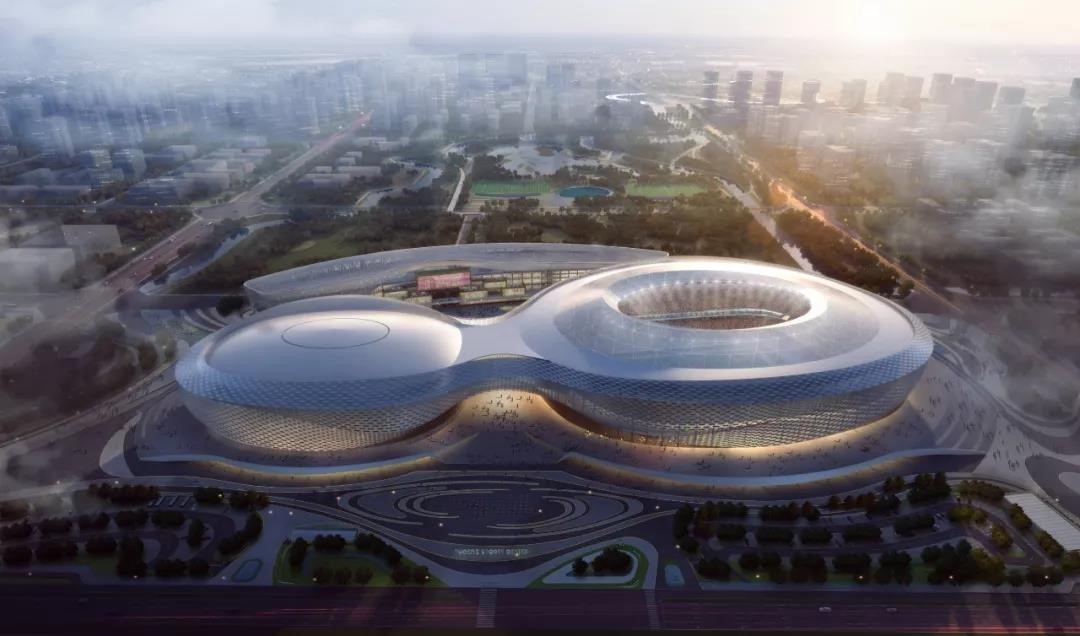 More than 20,000 taxi and bus drivers in Chengdu have volunteered to help promote the Universiade.

The city also plans to recruit 500,000 volunteers to provide consulting services, traffic guidance, and maintain order around the venues for the event.

The charm of sports brings people together in a friendly and peaceful atmosphere, and helps people better understand each other and become healthier both physically and mentally, said Oleg Matytsin, president of the International University Sports Federation (FISU) via video link at the one-year countdown ceremony of the Chengdu 2021 Universiade, adding that this is also the charm of the World University Games.