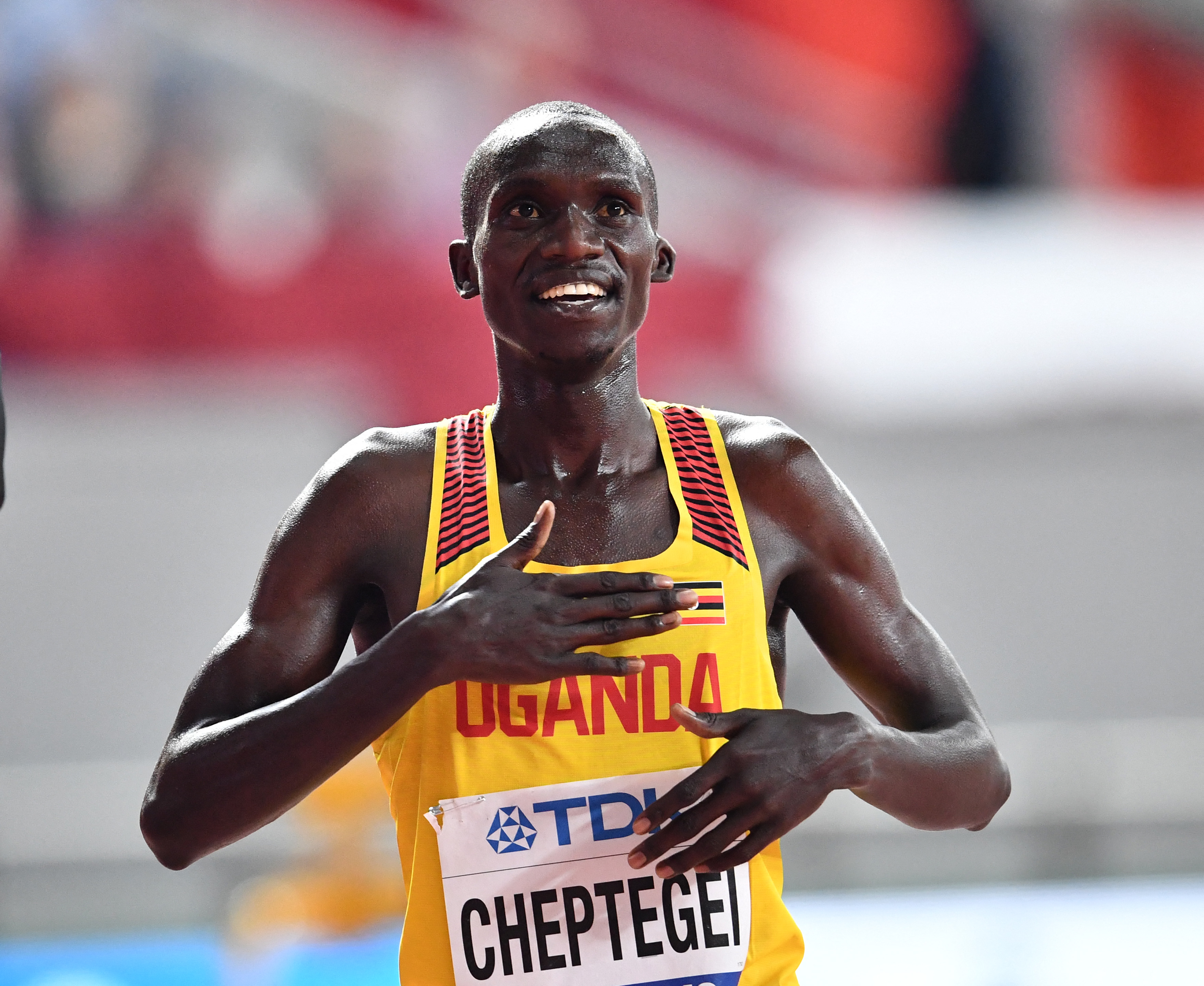 Joshua Cheptegei of Uganda celebrates after winning the gold medal in the men's 10,000 meters final at the World Athletics Championships in Doha, October 6, 2019. (Photo: CFP)

Dominic Otuchet, president of the Uganda Athletics Federation (UAF), told Xinhua on Wednesday that Cheptegei will lead the Ugandan team of 18 athletes.

Cheptegei won gold in the men's 10,000m at the 2019 World Championships in Doha, Qatar. He is also the reigning Olympic champion in the 5,000 meters and silver medalist for the 10,000 meters, and the World Cross Country champion.

Peruth Chemutai, who won the women's 3,000 meters steeplechase at the 2020 Summer Olympics, and Stella Chesang, winner of the women's 10,000m at the 2018 Commonwealth Games in Australia, are also part of the team.

"We are optimistic that we shall put up a good show at the World Championships and win more medals than before. We should have had more athletes to make the team, but some will concentrate on preparations for the Birmingham Commonwealth Games and the World U20 Championships," said Otuchet.