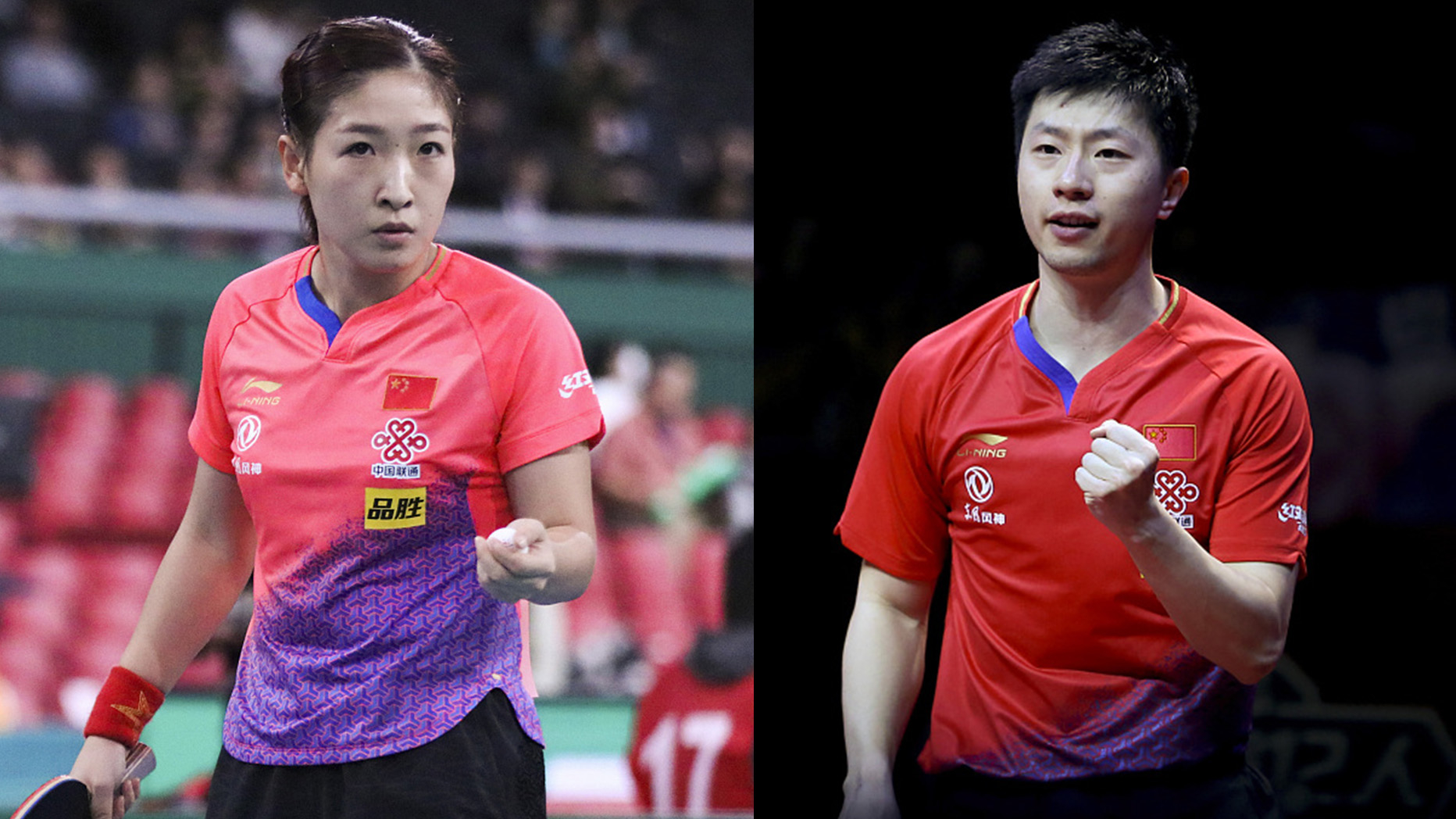 China on Monday announced the player-list for the ITTF World Team Table Tennis Championships that will take place in Busan, South Korea from March 22 to 29.

The Summer Olympics in Tokyo is about six months away and the Championships in Busan is the last major world event before the Olympics. China's two coaches Qin Zhijian and Li Sun said they made the team selection based on one principle: everything serves the preparations for the Olympics. 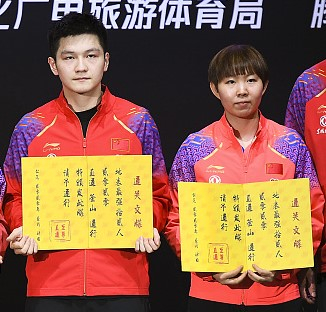 Fan Zhendong (L) and Zhu Yuling shows their prizeds after winning competitions at 2020 The Marvellous 12 in Shenzhen of south China's Guangdong Province, January 4, 2020.

Fan and Zhu have already secured their Olympic spots thanks to their victories in the domestic competitions earlier. The rest of the team will need to exert themselves to the utmost to get selected for Tokyo.

19-year-old genius Wang Chuqin became the biggest surprise on the list. Last year, the young man got too emotional and tried to smash his paddle in the Austria Open. As a result, he received a three month suspension which will expire on February 14. 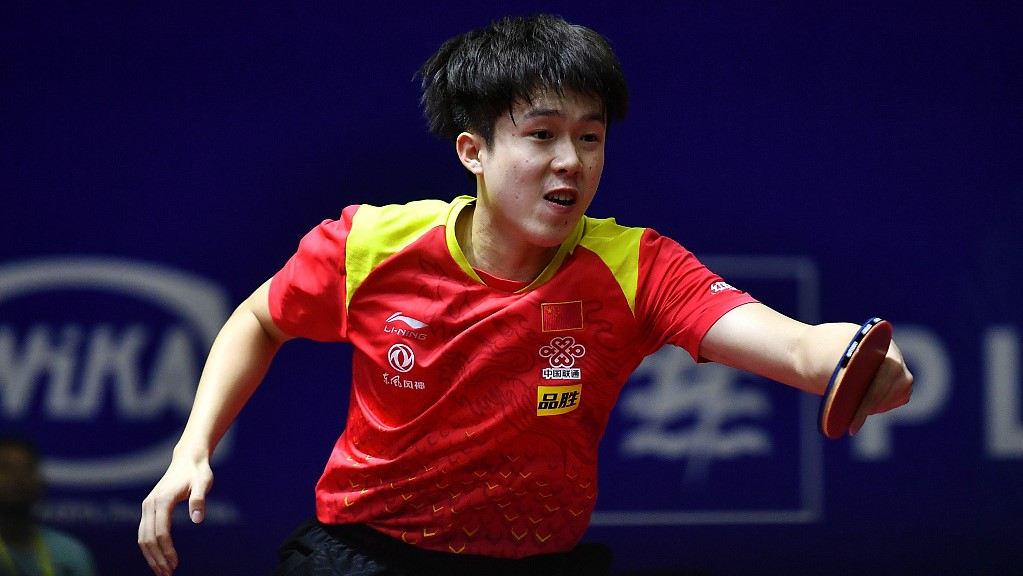 "Wang attended individual events (at the World Table Tennis Championships in Budapest) for the first time last year and he won men's doubles title pairing Ma Long. He was also doing better in men's singles competitions in the second half of 2019… Wang realized how improper his behavior (trying to smash the paddle) was with the help of the coaching group and military training sessions," said Qin.

Two-time 2019 ITTF World Tour champion Lin Gaoyuan did not make the list for the Championships this time. Qin explained that Lin has been in a bottleneck both in terms of skills and mentality since the last Championships and thus was not selected.

In the women's team, Wang Manyu who paired with Sun Yingsha to win the women's doubles title in Budapest last year did not make the list for Busan. Women's coach Li Sun said Wang was going through similar trouble of Lin's. 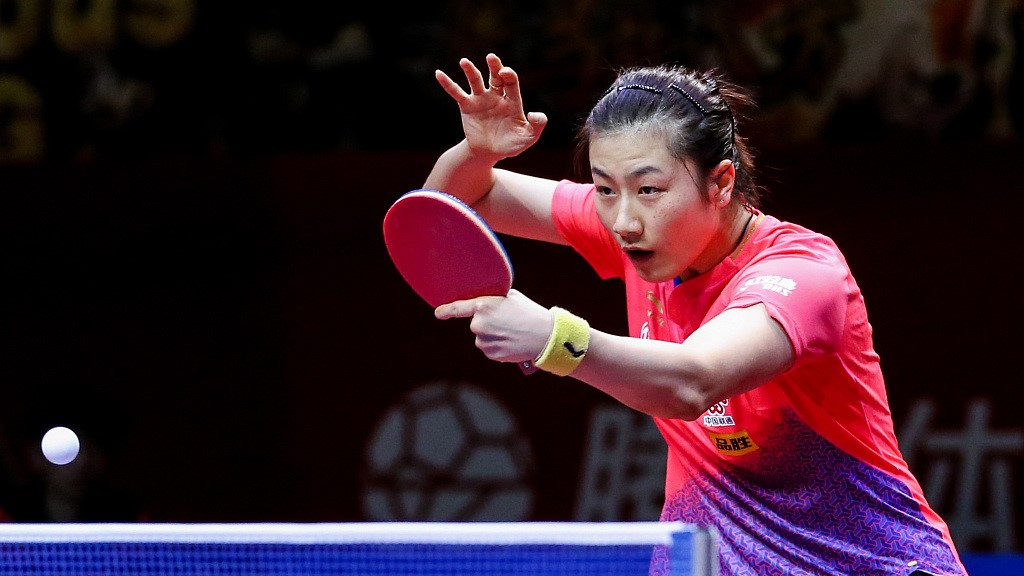 Ding Ning of China in the competition of 2020 The Marvellous 12 in Shenzhen of south China's Guangdong Province, January 3, 2020.

By contrast, 29-year-old veteran Ding Ning was chosen for Busan. Coach Li believes that Ding, who has won 20 world titles, is reliable in both skills and experience. Besides, Ding is the team's only left-handed player and that makes her a necessity.

Men's team captain Ma Long said he has already recovered from his injuries and hopes that he can adapt himself to "Olympic intensity." Leading women's player Liu Shiwen said that the Summer Olympics in Tokyo is her major goal and the Championships in Busan is a stage target.

According to ITTF rules, all teams can change their squad before March 21.