China's women's national football team beat Chinese Taipei 5-0 in the second game of Group B in the third round of the AFC Women's Olympic Qualifying Tournament in Sydney, Australia on Monday.

China were dominant from the start, scoring all their goals in the first 30 minutes to record their second big win of the tournament after blowing Thailand 6-1 on February 7. 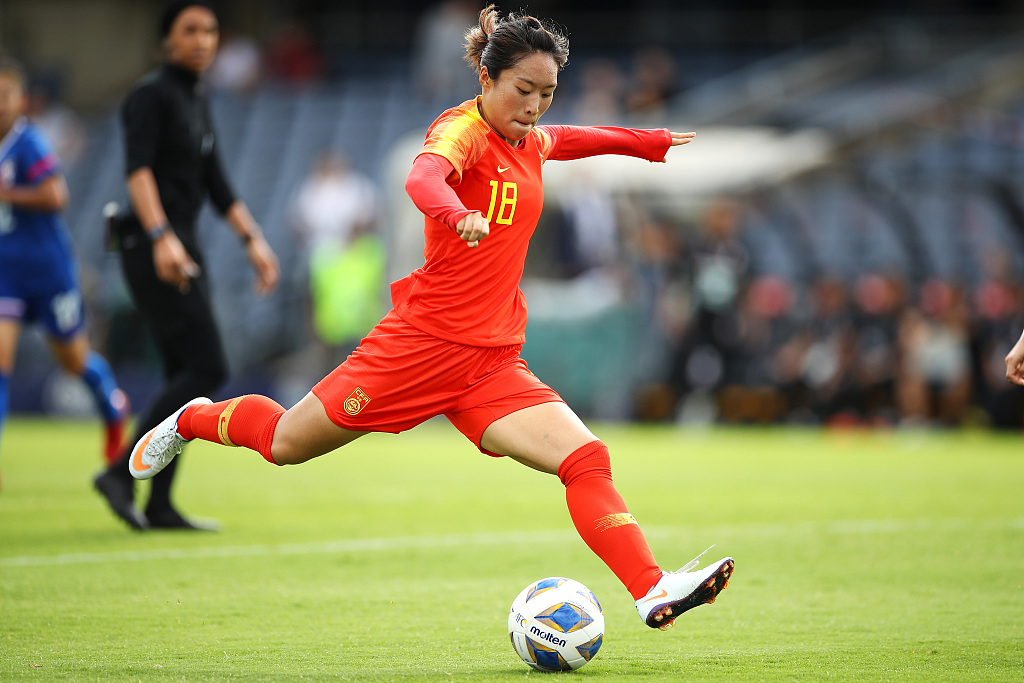 Later on Monday, Australia thrashed Thailand 6-0 in their second game to take their goal tally to 13.

Both China and Australia have made the playoff round where their opponents will be South Korea and Vietnam, who have already qualified for the playoffs.

The only unresolved question is the playoff matchups. That will depend on the result of the game between China and Australia on Thursday. The winner will be No. 1 in Group B and thus take on the relatively weaker Vietnam. The two winners of the playoffs will join hosts Japan from Asia at the 2020 Summer Olympics in Tokyo.

Australia are superior to China in size, strength and speed. One hidden danger for China may be a lack of stamina. The team did not do any systematic training over the 10 days prior to the tournament. In fact, there were already signs of exhaustion in the second half of the game against Chinese Taipei.