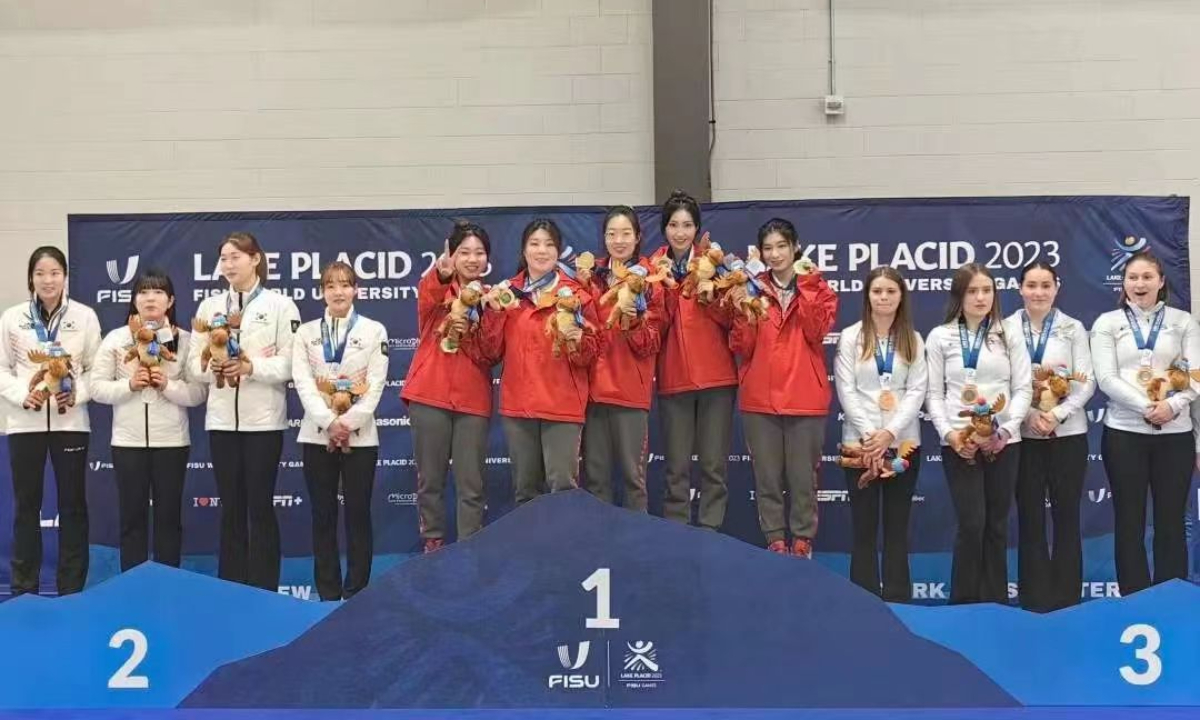 Chinese women's curling team beated South Korea 6-4 on Saturday to clinch gold at the ongoing 2023 Winter World University Games, It was the first gold medal for the Chinese team at this Games and also the team's best performance at the event at the Games overseas.

In the women's curling final of the 31st World University Winter Games held in Lake Placid, the US, the Chinese national team overcame a 3-0 deficit to win the final 6-4, winning the gold medal for the first time in 14 years.

Falling behind 4-1 at halftime, the Chinese girls reaped at least one point in each of the next four ends for an amazing comeback win over the South Koreans, who had taken an 8-6 victory in their previous encounter in the round-robin preliminaries, the Xinhua News Agency reported.

"We were planning to grab the lead at the beginning, but unfortunately we couldn't make it happen. After that, we just went all out to attack, and I think our determination helped us win," said China coach Yu Zuojun, according to Xinhua.

A total of 10 teams took part in the women's curling competitions at the World University Winter Games, with the top four teams in the round-robin qualifying for the semifinals.

The Chinese women's curling team consists of the champions of China's College Curling National Championship and athletes from the Beijing Sports University. It includes Han Yu and Dong Ziqi, who represented the Chinese curling team at the Beijing 2022 Winter Olympic Games.

China won seven straight games in the round-robin to clinch an early berth in the semifinals.

China beat the host US 6-5 in the semifinals to book a berth in the final against South Korea, the women's runner-up at the 2022 Pan Continental Curling Championships.

Earlier on Saturday, China claimed the silver medal in the women's 3,000 meters relay of short track speed skating with a time of 4 minutes and 14.642 seconds. South Korea was crowned with 4:12.557, with the bronze going to the United States, Xinhua reported.

So far, the Chinese delegation has bagged one gold, two silver, and one bronze medals at the 2023 Winter World University Games.