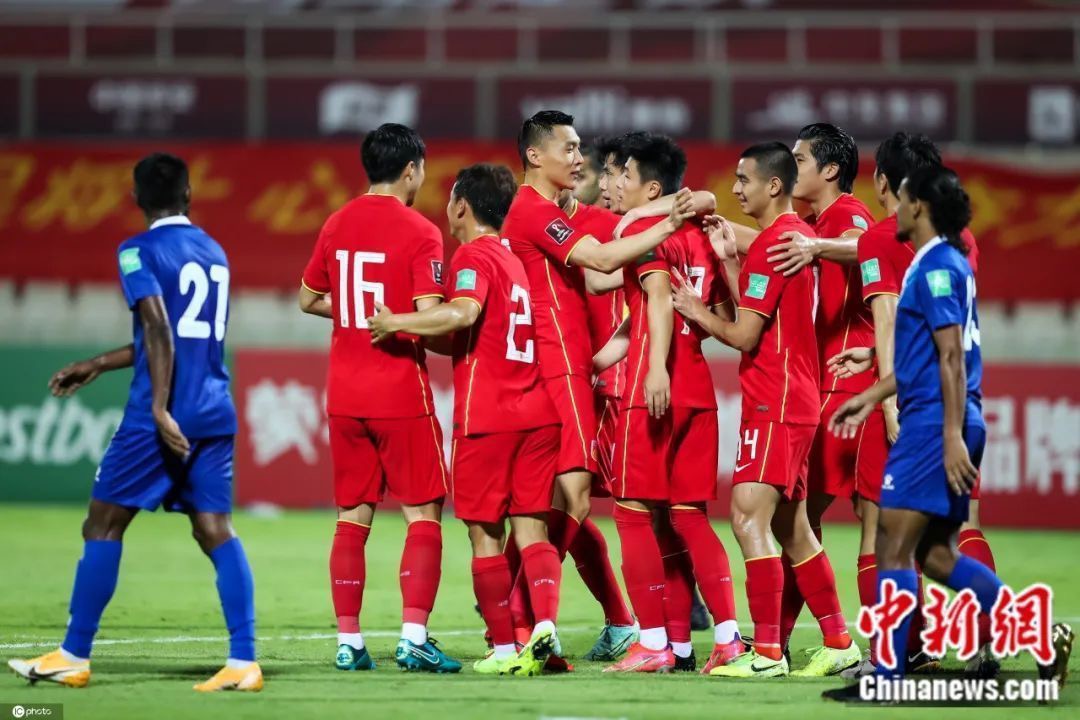 Midfielder Liu Binbin, who was called up to the Chinese side prior to their departure for Sharjah on June 3, opened the scoring on a cross from Wu Lei in the fifth minute of the Asia second-round World Cup qualifier.

Wu, who plays for Spanish club Espanyol, made it 2-0 in the 30th minute when he put a through pass from Zhang Yuning past the Maldives goalkeeper Mohamed Faisal.

China's third goal came at the 66th minute when A Lan drove in a deft pass from Yin Hongbo, who substituted Wu after the break, at point-blank range.

Tan Long capped the routing with a header in the 80th minute, 11 minutes after coming on.

China, which sits second in Group A, will face their last second-round rival Syria, which has secured a spot for next round, on Tuesday.

China, currently five points off group leader Syria, can only hope to make the cut as one of the four best second-placed teams.