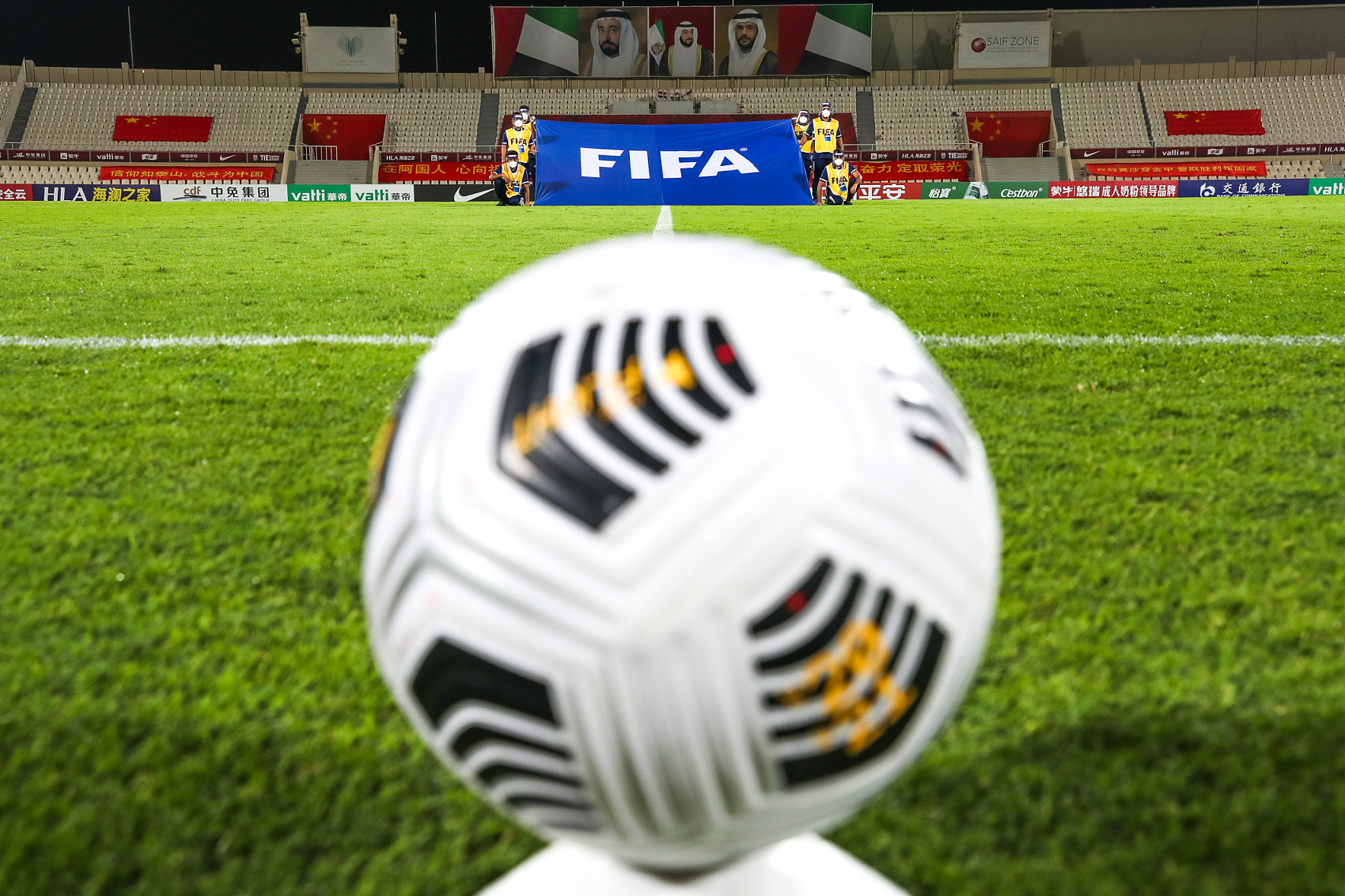 After the vital win, China has earned 13 points from six matches to rank second in the group and keeps alive the hopes of qualifying for the final round of Asian qualifiers as one of the four best group runner-ups.

"Due to many reasons, we had to give up home advantage and play in the scorching hot weather. It was a match that tested our willpower," Chinese star striker Wu Lei said after the match. 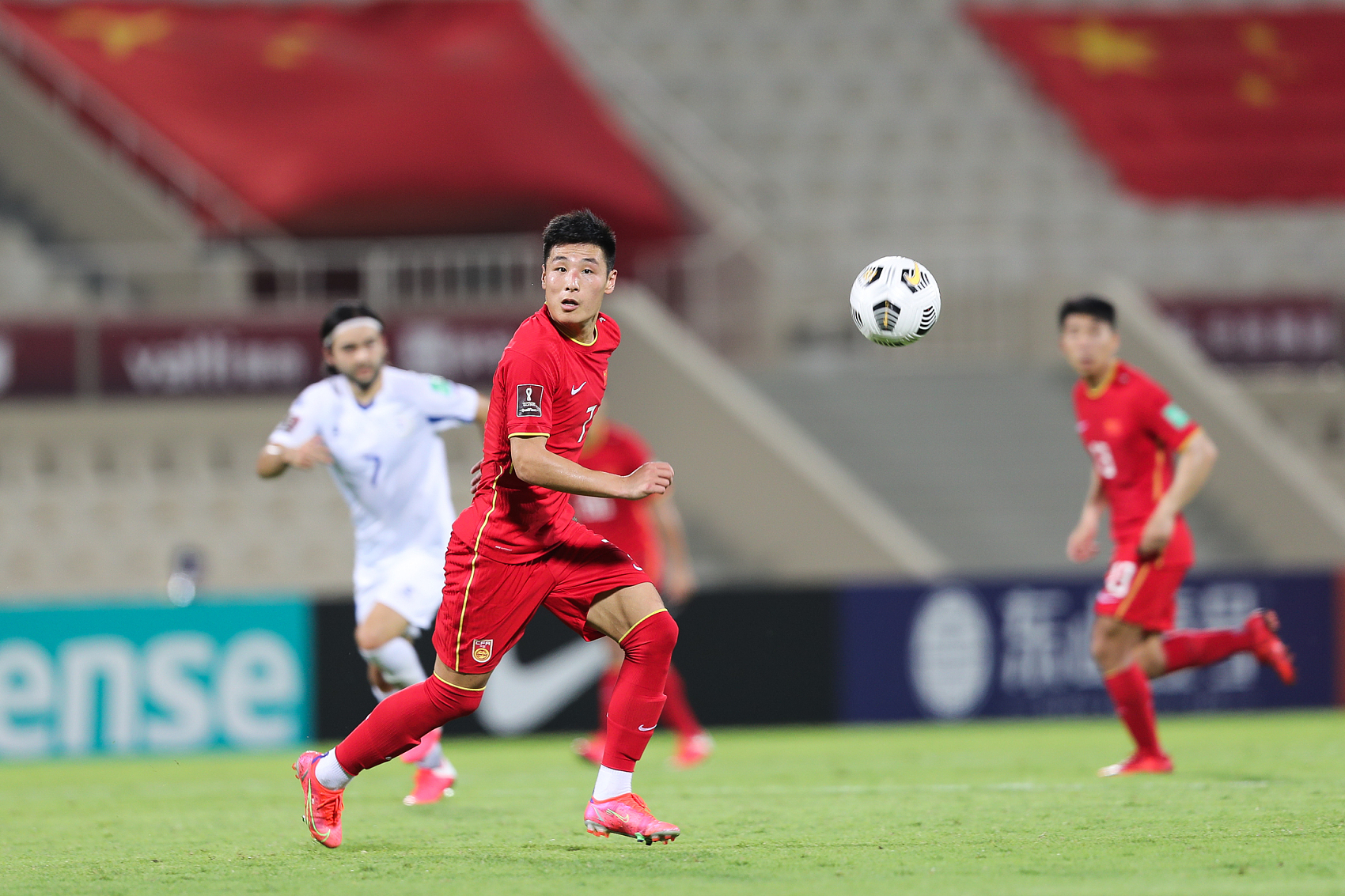 The Chinese team kept a ball possession of 70% in the first half but had few chances to break the deadlock as all six shots missed the target. The Filipinos were close to score in a counterattack in the 20th minute, when Zhang Linpeng was forced to make a goal-line clearance to keep the clean sheet.

In the stoppage time of the first half, Chinese striker Ai Kesen dribbled past the goalkeeper and scored a goal, which was disallowed due to a foul in the build-up.

Team China had a dominant second half as the players sped up to make more direct passes in the wings. China made the first goal attempt in the 53rd minute, when Wu Lei's volley shot went past the goalkeeper but was blocked by his teammate Ai Kesen in the goal area.

Two minutes later, the Brazilian-born naturalized player Ai made up for the mistake and delivered a penetrating pass for Wu Lei to create a penalty. The 29-year-old Wu converted his third goal in two matches with perfect composure to put China 1-0 ahead in 56 minutes.

In the 65th minute, China doubled the lead as left back Wu Xinghan found the back of the net upon a fine pass from Tang Miao. The Philippines tried to bounce back in the rest of match, but China controlled the ball to seal the 2-0 victory. 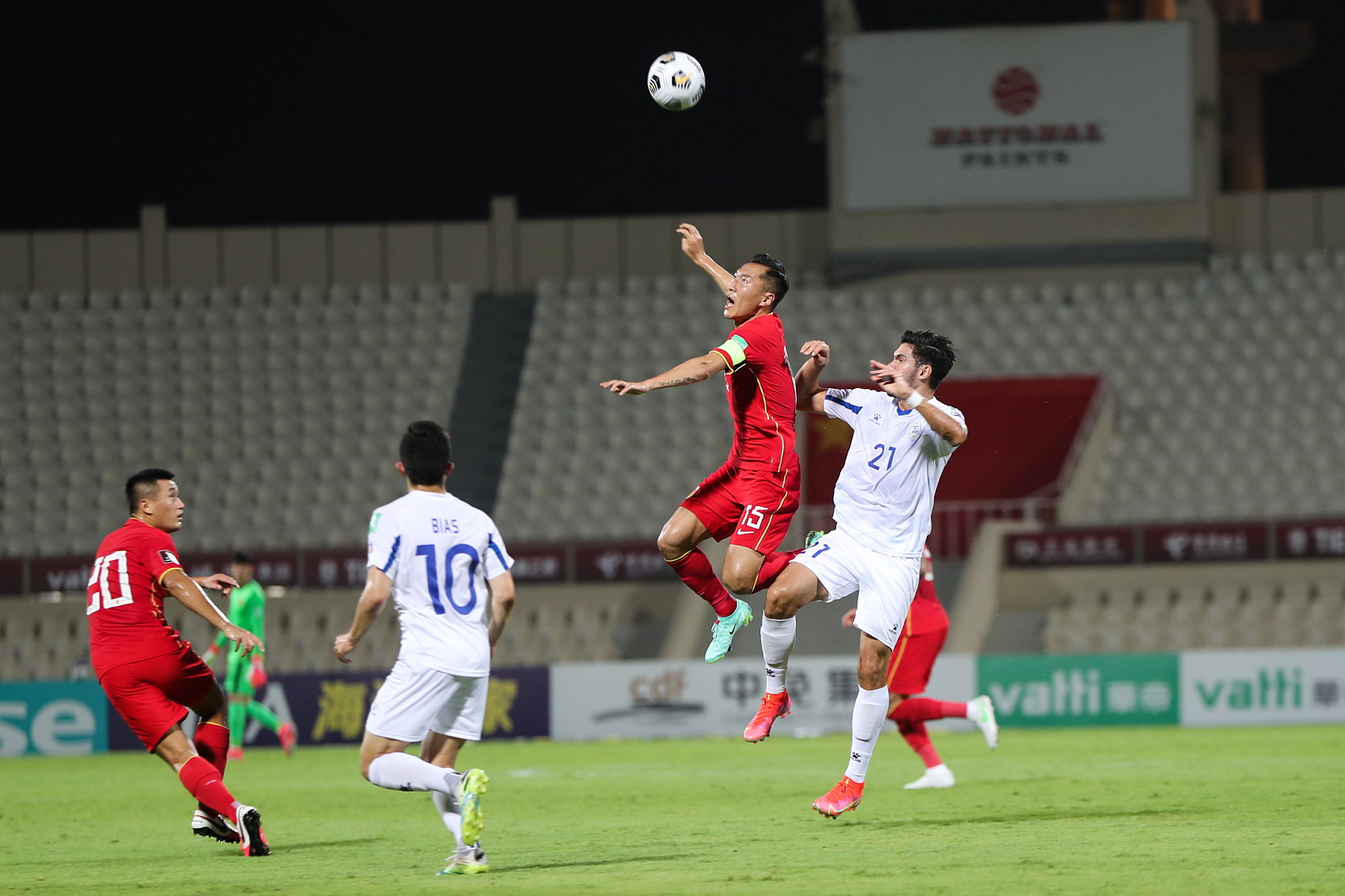 "We didn't concede goals in the match and I think this is more important than my personal performance," the Man of the Match Wu noted. "Winning the match under such difficult conditions reflects not only the efforts of players on the pitch, but the hardwork of all the teammates and staff."

The win further consolidated China's second position in the group, but the side has to win both of its remaining ties against the Maldives on June 11 and against Syria on June 15 to reach the final round.

After China beat Guam 7-0 on home soil in Suzhou, the remaining Group A matches of the 2022 World Cup qualifiers were moved to the UAE.