GUANGZHOU - China restored its power at badminton by claiming three titles at the BWF World Tour Finals 2019 here on Sunday, while Japanese Kento Momota had his 11th crown in a season to overtake Malaysia legend Lee Chong Wei's 2010 record of 10. 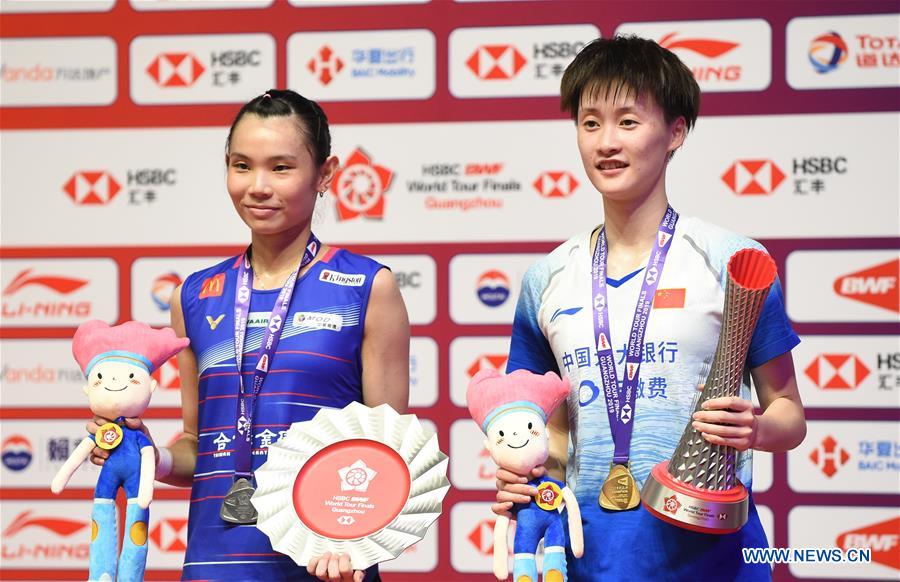 The home favorite Chen Yufei won her seventh title in as many finals this year by beating current world No. 1 Tai Tzu Ying from Chinese Taipei in the women's singles final 12-21, 21-12, 21-17.

As a result, the Chinese will become year-end world No.1 next week, the first No. 1 in women's singles from Chinese team after Li Xuerui in 2015.

China's Zheng Siwei/Huang Yaqiong secured their golden season with a surprisingly easy result over compatriots Wang Yilyu/Huang Dongping in the mixed doubles final, 21-14, 21-14, in just 35 minutes, winning the Finals to add to their victories from the World Championships and all the three Super 1000 titles this year. 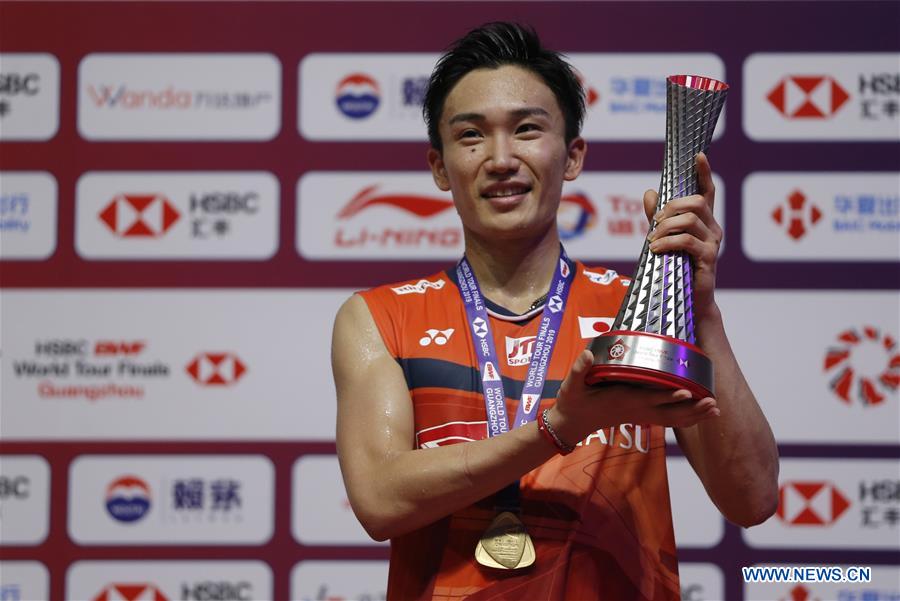 Kento Momota of Japan poses on the podium after the men's singles final match against Anthony Sinisuka Ginting of Indonesia at the BWF World Tour Finals 2019 in Guangzhou, capital of South China's Guangdong province, Dec 15, 2019.

Momota, who was honored with the BWF Male Player of the Year Award, has won a total of 11 titles this year. The Japanese avenged last year's Finals loss to Chinese Shi Yuqi as he came from behind to defeat Indonesia's Anthony Sinisuka Ginting in men's singles final 17-21, 21-17, 21-14.

In the men's doubles final, Mohanmmad Ahsan/Hendra Setiawan of Indonesia were stretched by Japanese pair Hiroyuku Endo/Yuta Watanabe, but eventually clinched it 24-22, 21-19.

The Indonesians added the Finals title to their All England and World Championships crowns.