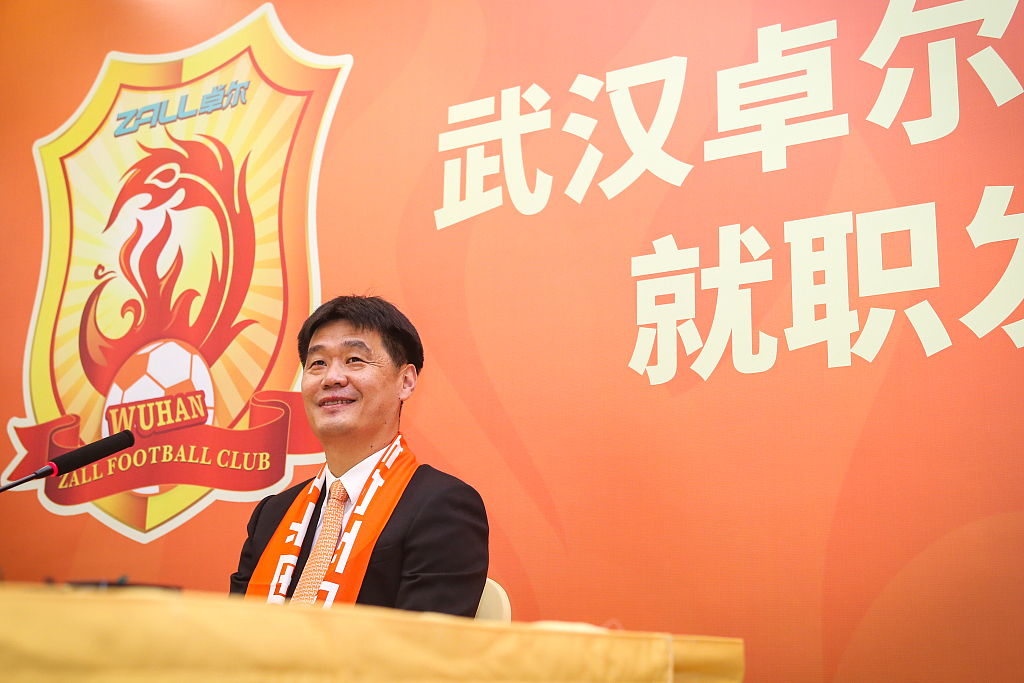 "I think my players don't need to be burdened for playing the away game against the Japan, which is the best team in Asia according to FIFA rankings. I hope they will calm down and devote themselves to this game. In terms of tactics, we will focus on ourselves and try to play our football," Li said at the pre-match press conference on Wednesday.

Ahead of his debut as national team head coach, the 47-year-old said he will try his best to impart all his football knowledge to his players. "I hope my players can play a wonderful match. The final result depends on what they can do on the pitch."

Star forward Wu Lei and naturalized players Jiang Guangtai, A Lan and Luo Guofu have just joined up with the rest of the team, and Li said they are all in good physical condition. "Apart from Luo who is suspended for tomorrow's game, the others are all ready to play," he added.

China ranks fifth in the six-team Group B with five points from six games, while Japan sits second with 12 points. The top two teams in the group will qualify directly for the 2022 FIFA World Cup in Qatar, with the third-placed finisher entering an intercontinental playoff. 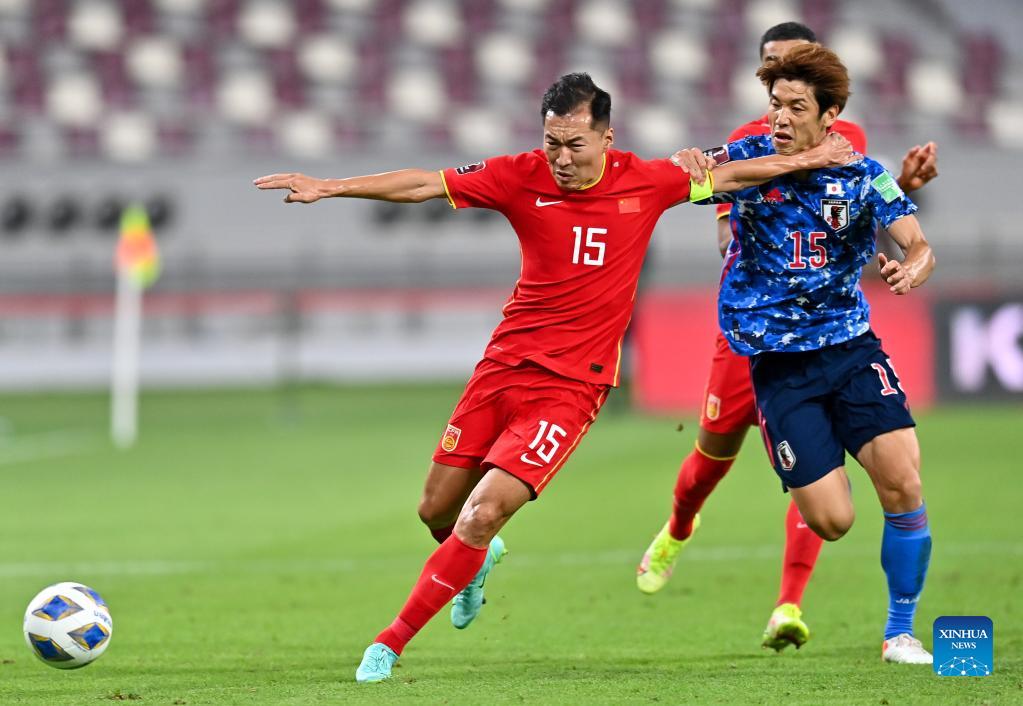 With four matches remaining, China needs at least a draw against Japan to keep alive its slim hopes of qualifying for the World Cup. "We still have hopes of making it into the World Cup. My tactics are focused on how to keep our dream alive," Li noted.

Japan head coach Hajime Moriyasu said he is confident of being able to beat China, despite the absence of regular center-back pairing of captain Maya Yoshida and Takehiro Tomiyasu due to injury.

"Having someone missing doesn't mean we're losing strength, as we have several good players in Japan," Moriyasu said. "We want to play confidently and give everything we have got."

"Honestly, I don't know China's new coach very well, and have no idea about his coaching style. He might play more aggressive football compared to previous games, but our goal is to attack and control the game. We want to win at home and qualify for the World Cup directly," Moriyasu added.

China lost 1-0 to Japan in their previous clash in September 2021 in Qatar.