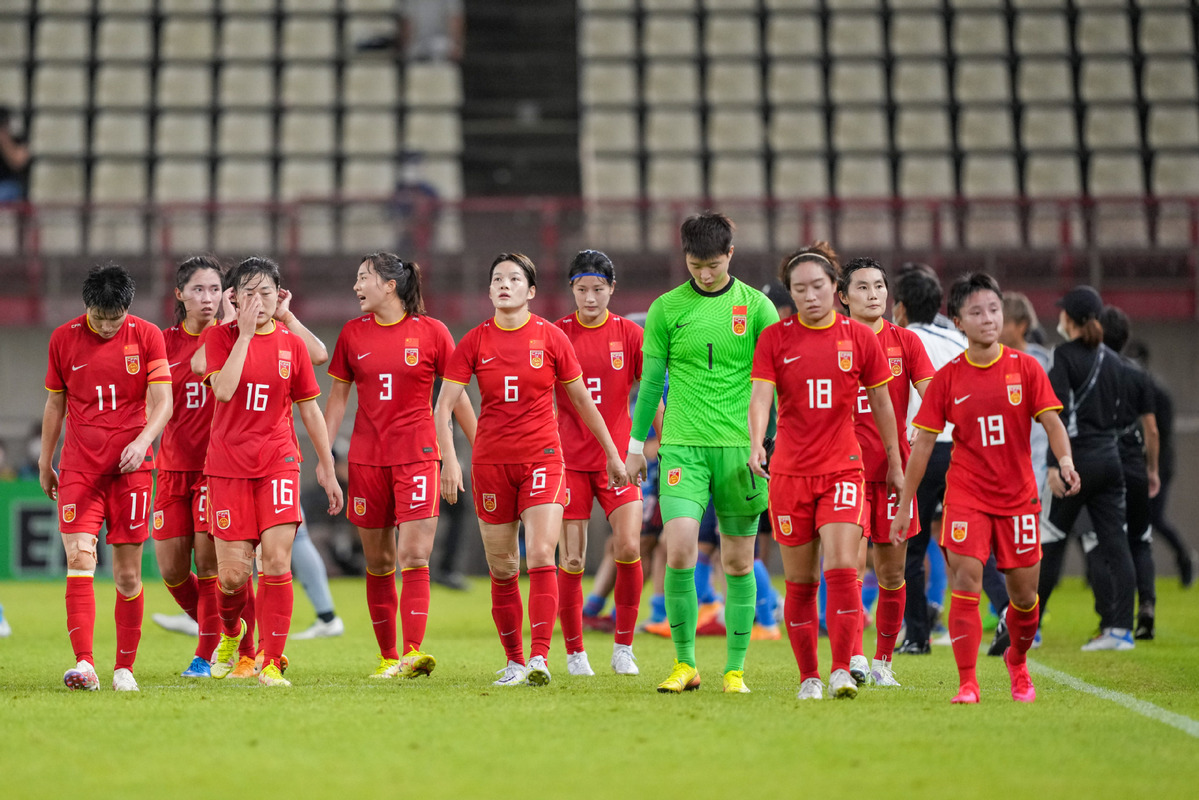 Thus, Japan won the 2022 East Asian Football Championship with two wins and one draw, while China finished second with one win and two draws.

In the 32nd minute, Japan nearly scored after China goalkeeper Zhu Yu spilled the ball, but Gao Cheng slid in to make a vital block.

The second-half introductions of Zhang Linyan, Tang Jiali and Song Duan gave China fresh attacking impetus, but they could not apply a killer touch.

The hosts mounted sustained pressure as Riko Ueki's shot hit the outside of the post and a Yui Narumiya volley presented a threat to China, but neither side could find a winner in a frantic last few moments.

"Before the East Asian Football Championship, some older players suffered injuries and didn't play in many games. I hope they can get back to good condition in time," said China coach Shui Qingxia after the match. "I also hope that through these games, we can improve."

In Tuesday's other match, South Korea defeated Chinese Taipei 4-0 to finish third in the tournament.