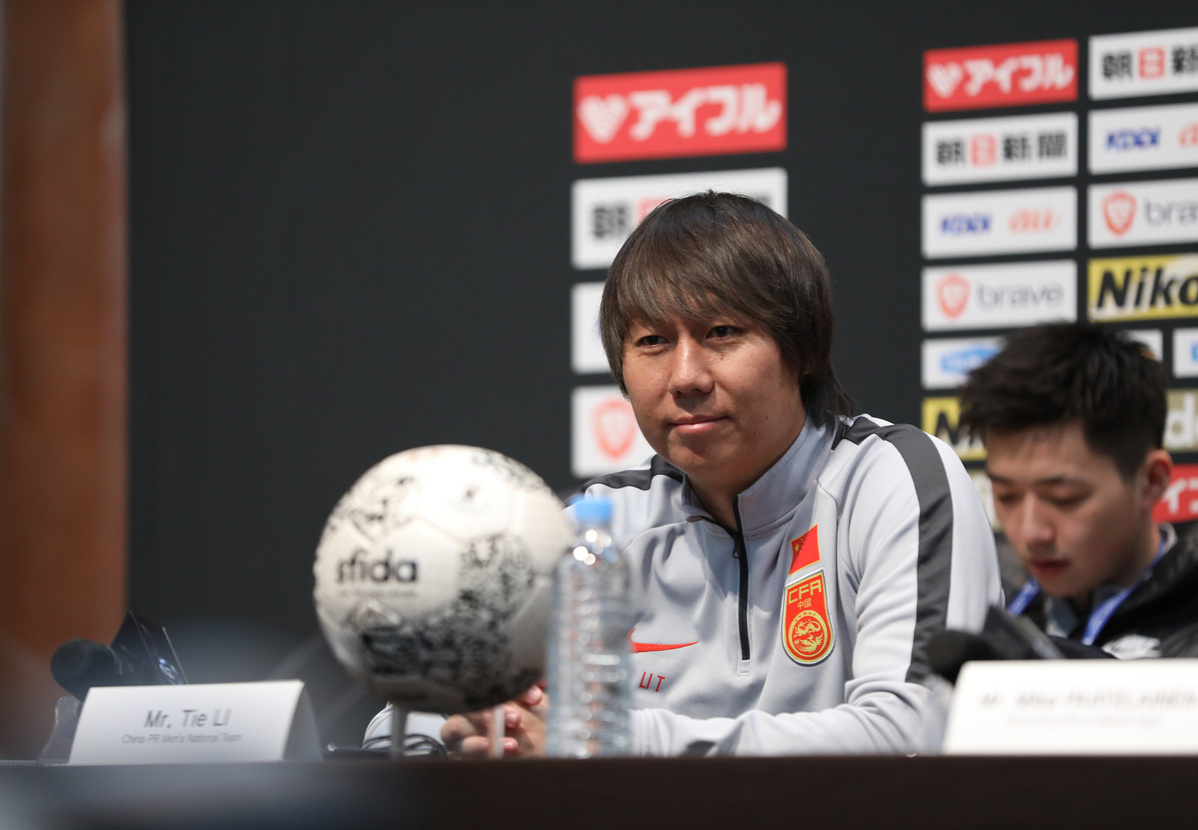 BEIJING, April 8 (Xinhua) -- The Chinese men's football team is expected to feature more naturalized players as head coach Li Tie has reportedly decided to treat them as his priority.

Some fans accused Li of favoring players from Wuhan Zall club, a Chinese top-flight club outfit he coached before taking over the national team in January, over the naturalized ones when he called up one naturalized and four Wuhan players for the training camp in March.

According to a report by Beijing Youth Daily on Wednesday, Li only wants players, naturalized or not, who can fit the bill at his team.

"Li Tie, as always, has nothing against the naturalized players," the report said.

The Shanghai-based Oriental Sports Daily said on Wednesday that Li has set it as his next work priority to assess the naturalized players in China.

As the Chinese team will play no competitive games before June due to the COVID-19 outbreak, Li will extend his contract, which expires in June, with the CFA and will closely follow his target players including some newly naturalized ones, the report said.

Ai Kesen, the sole naturalized player of the Chinese side's training camp, was singled out for praise on Sunday by the Chinese Football Association (CFA) president Chen Xuyuan who went to see the team being quarantined in Sanya, Hainan province.

Chen praised the former Brazilian striker for the commitment he showed in training and called him the example for other naturalized players, according to some Chinese media reports.

The Chinese team flew back to China on March 23 from the training camp in Dubai, the United Arab Emirates before going through an obligatory two-week quarantine in Sanya.