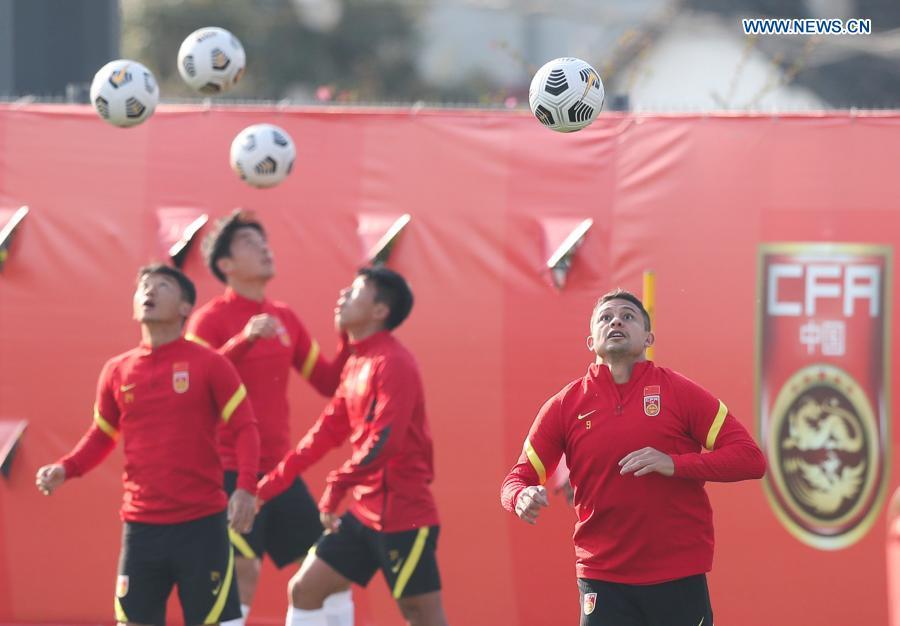 SHANGHAI, April 5 (Xinhua) -- Chinese national head coach Li Tie said he was worried that his players could not perform as well as tactically required in some areas during the upcoming World Cup qualifiers.

The Chinese squad finished their sixth training camp under Li on Saturday in Shanghai, and they will convene again on May 20 in Suzhou to prepare for the remaining Asian Group A World Cup qualifiers, which China will host from May 30 to June 15.

"During the World Cup qualifiers, my players' performance in some areas may not reach the tactical requirements, as they had played together for too little time," he said.

He did not specify the details of what he was concerned about.

Li was happy to see the change of his players' attitude.

"But I believe that they are now more hungry for win than before," he said.

The former Everton midfielder previously complained that he could not have all the players he wanted training together during all the six training camps under him.

"I never had all the players I wanted available at any of those training camps, not to play a competitive match. It's really a regret," he said.

China will face Guam, the Philippines, the Maldives and Syria in succession in the remaining Group A World Cup qualifiers.

The eight group winners and four best second-placed finishers will enter the next phase of qualifying in Asia.