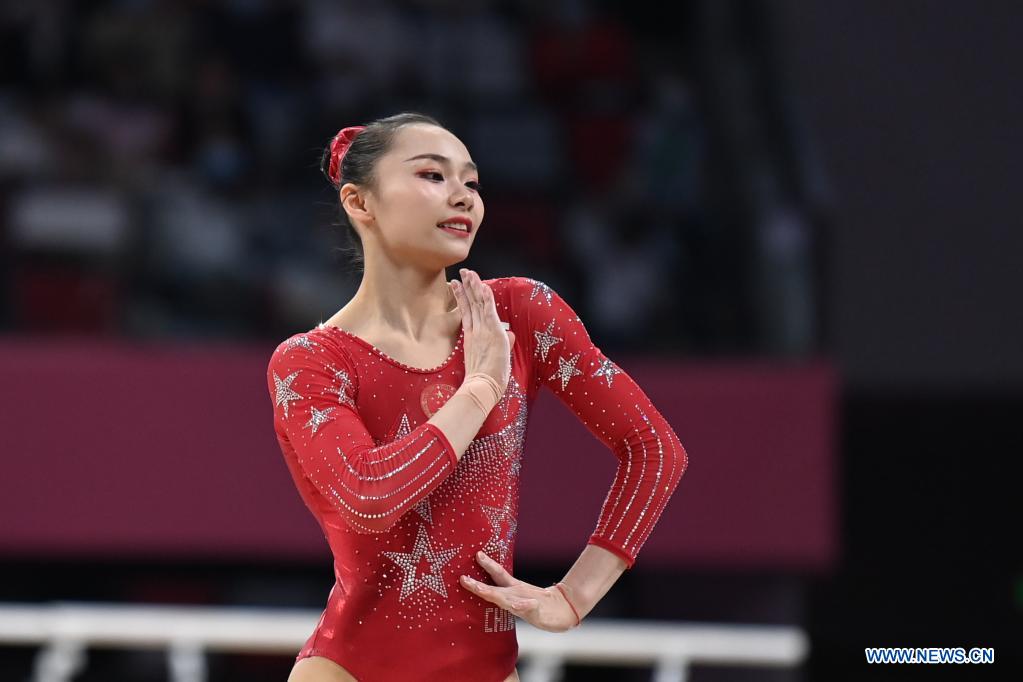 World all-around champion Xiao Ruoteng and parallel bars world champion Zou Jingyuan will lead nearly the same squad sent to the 2019 World Championships to fight for the Olympic medals, along with their teammates Sun Wei and Lin Chaopan.

"Most of the coaches have no hesitation on Xiao, Zou, and Sun, but find it's hard to choose between Lin Chaopan and Zhang Boheng," said Wang Hongwei, men's team head coach.

Zhang's scores in all three trials are higher than Lin's, but Team China made the final decision to choose Lin for his greater experience in internationals and his previous better performances in the team event.

China's goal for Tokyo 2020 is a comeback after they endured a history-making zero-gold embarrassment in Rio 2016. China edged off Russia to gain the men's team world title in 2018, but lost to Russia in 2019.

"We believe that Zhang is a talented young athlete who can be a perfect backup for the whole team," said Wang.

Rings specialist Liu Yang put on a nearly perfect routine of 6.500 difficulty points on the third men's team trial on Friday, despite a back injury.

"To be honest, I'm really satisfied with my form right now. I believe that I will be more confident on the rings in Tokyo," said Liu. Tokyo Olympic Games will open on the night of July 23.