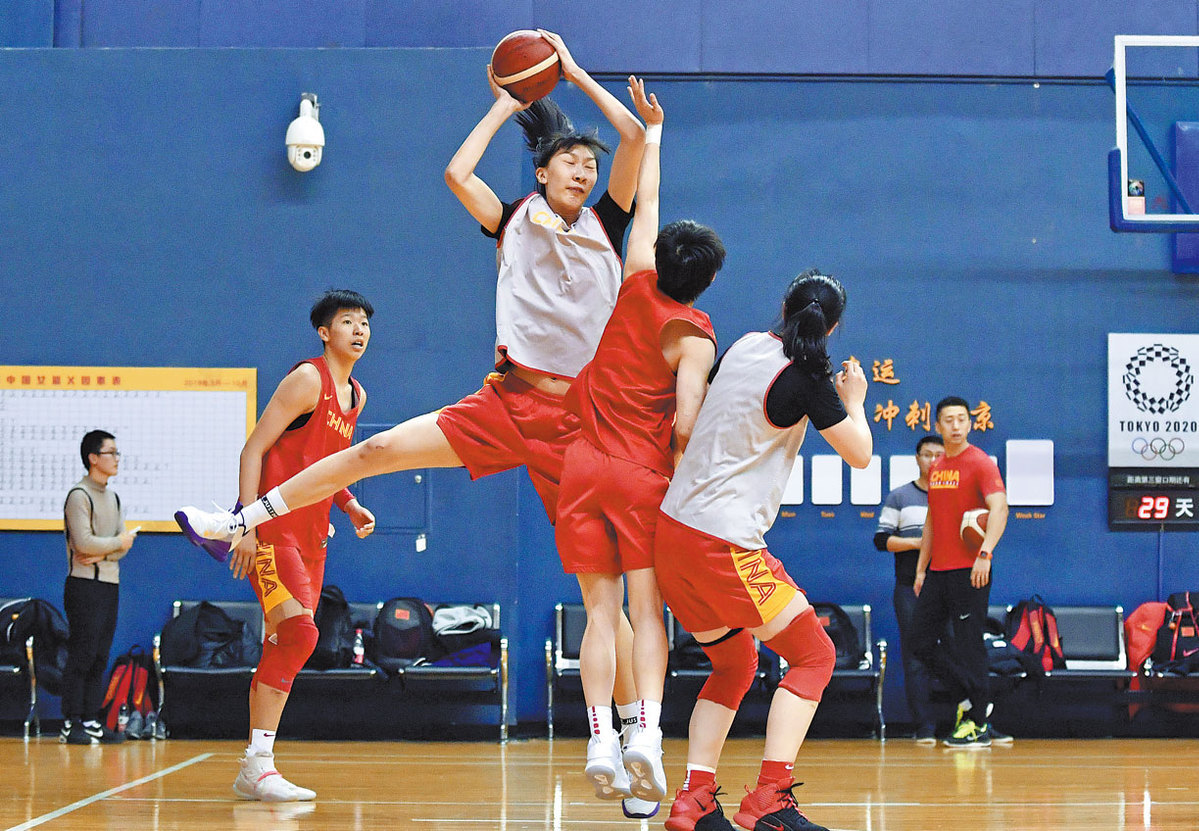 Han Xu (center) leaps high to collect a rebound during a practice session at the national team's training base in Beijing. (Photo: CHINA DAILY)

The tournament was originally scheduled to be held in the Chinese city of Foshan, but it was relocated to Belgrade instead amid concerns over the spread of novel coronavirus in China.

China will begin its quest for an Olympic berth against Britain on Thursday, before taking on Spain on Saturday and South Korea on Sunday.

The top three finishers in the group will qualify for the Tokyo Olympic Games this summer.