ARNHEM, the Netherlands, Sept. 25 (Xinhua) -- China started the FIVB Women's Volleyball World Championship with a comfortable 25-23, 25-22, 25-20 victory over Argentina in one hour and 27 minutes here on Sunday. 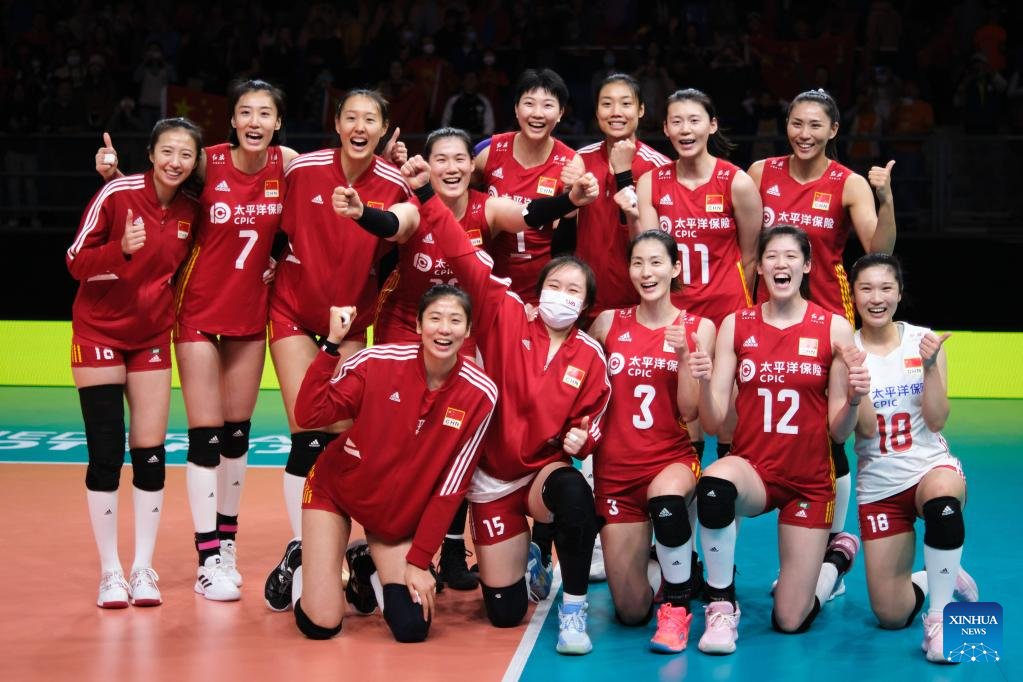 Despite the absence of star outside hitters Zhu Ting and Zhang Changning, the 2016 Olympic gold medalists dominated their opening group match, as 22-year-old spiker Li Yingying scored a game-high 22 points, including 19 from attacks and two from blocks. Wang Yunlu added 11 and captain Yuan Xinyue had eight.

Opposite Erika Mercado led the charge for Argentina with 15 points, and outside hitter, Daniela Bulaich Simian added 13.

Two-time champion China last won the tournament's title in 1986 and made the final in 2014 in Italy before losing to the United States 3-1 in the showdown.

Next for China will be another South American team Colombia on Tuesday, and Argentina will take on Brazil on Monday.