SYDNEY, Sept. 29 (Xinhua) -- China got past France 85-71 here on Thursday to advance to the FIBA Women's Basketball World Cup semifinals for the first time in almost three decades. 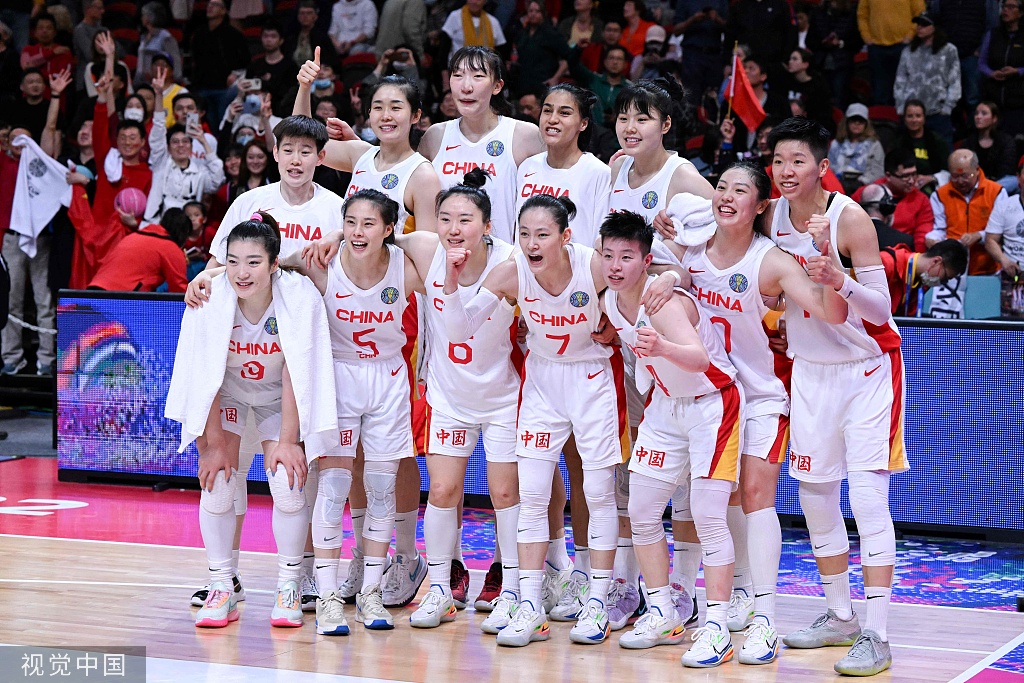 The last time China reached the same stage was in 1994, when they finished runners-up at the formerly known FIBA World Championship for Women.

China has lost each of their previous three quarterfinal games at the quadrennial tournament, in 2002, 2014 and 2018, while showing its determination to shatter this unfriendly record from the start in Thursday's game.

After athletic Gabby Williams helped France race to a 12-6 lead, China responded with an 18-3 surge to turn the tides, with Li Meng contributing 12 points down the stretch. France scored five late points, including Mamignan Toure's buzzer-beating 3-pointer, to tie the first quarter at 25-25.

But China kept imposing pressure on opponents in the second quarter with six points in a row en route to a 50-39 halftime margin.

France rode on a 12-2 scoring run to trim the deficit to one point midway through the third quarter, but China steadied themselves through Han Xu's three-point play and Li Yuan continued her scoring output after coming off the bench, helping China lead 66-58 heading into the final frame.

Han continued to be unstoppable in the paint in the last period, and China effectively sealed their victory as Huang buried a 3-pointer with 1:26 to play.

China will vie for a final berth on Friday against either hosts Australia or Belgium, who will go head-to-head later on Thursday.