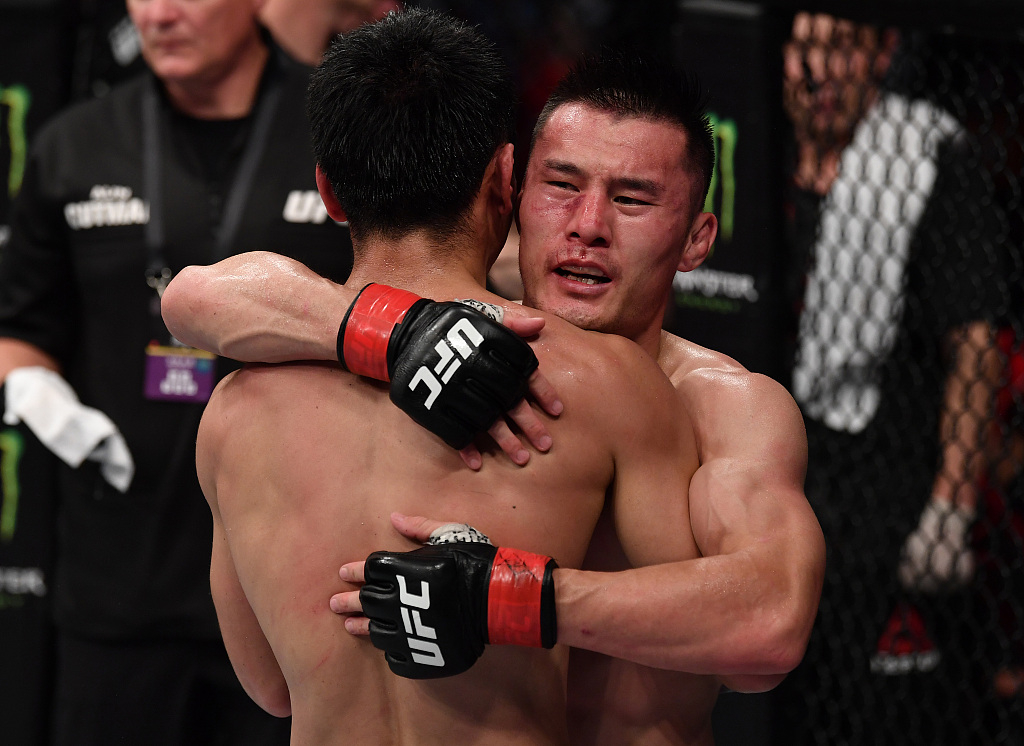 Two Chinese fighters participated in the Ultimate Fighting Championship (UFC) Fight Night 165 in Busan, South Korea, on Saturday night, for which the final main card is held between Frankie Edgar and Jung Chan-sung.

In his second fight against the flyweight division's No.13, 30-year-old Benoit, who just went back to his original bantamweight division for the first time, Alateng showed his wrestling skills in the last two rounds, earning the win from the judges.

The 32-year-old Kang has a better height and reach than 26-year-old Liu and used traditional Korean wrestling skills to suppress Liu for almost all three rounds.

However, a minute before the bell, Liu elbowed Kang in the face, drawing blood over his left eyebrow, which might have been what gave him the edge with the judges.