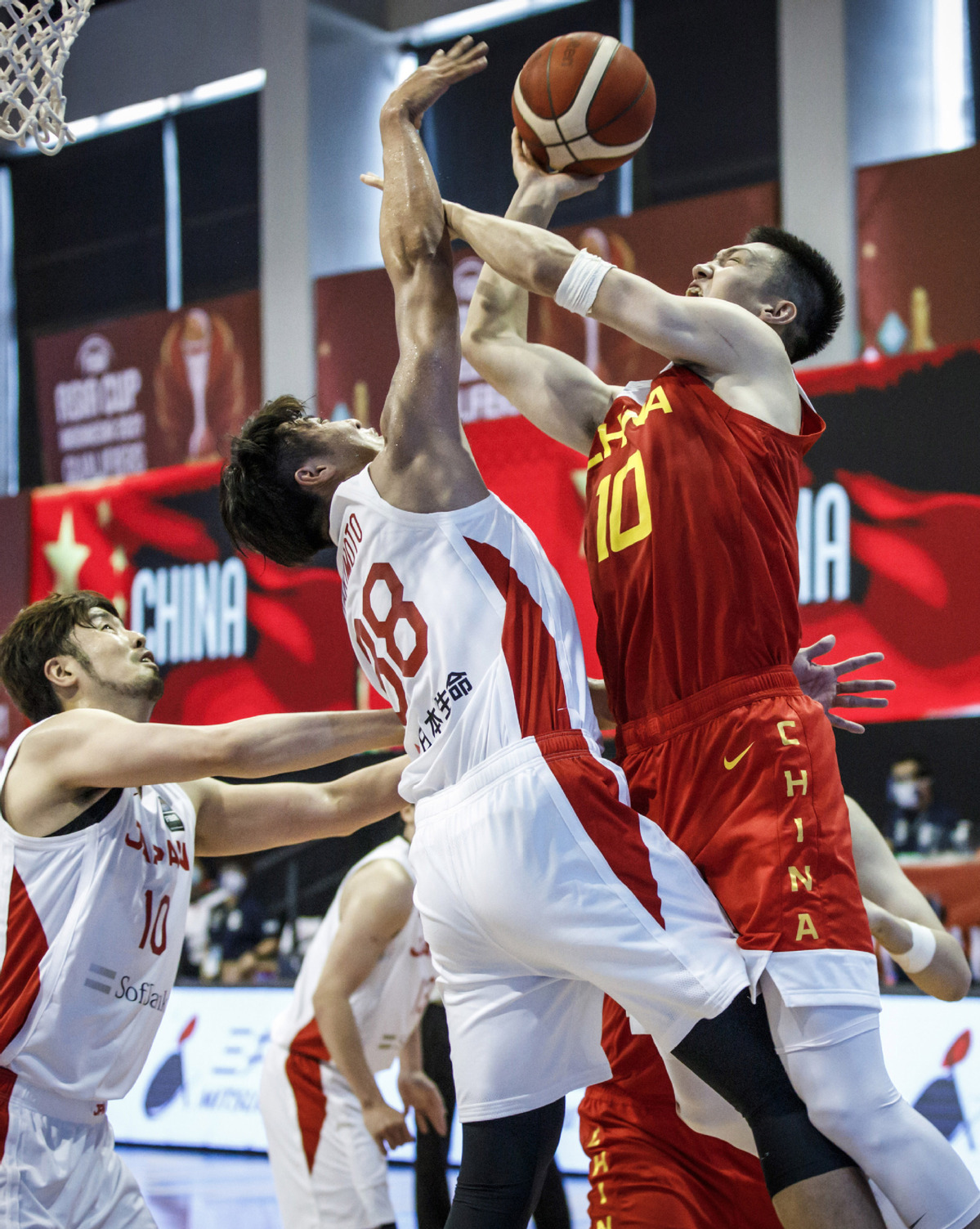 China's Zhou Peng competes during the match against Japan at the 2021 FIBA Asia Cup qualifiers on June 16, 2021. (Photo: Xinhua)

BEIJING - Zhou Peng, captain of the Chinese men's basketball team, underscored the team's efforts to improve physical competitiveness and ball movement to grow into a stronger side in the future.

The Chinese team has booked a spot in the FIBA Asia Cup later this year after finishing with four straight wins in the qualifiers.

In an exclusive interview with Xinhua on Tuesday, Zhou recalled what the team has learned and developed through the qualifiers.

"From the FIBA Asia Cup qualifiers, we found that as a team in a transition process, we need to improve our physical competitiveness in international matches and become more mature with better communication in our ball movement," he said.

The most thrilling victory for team China took place in their second encounter with Japan on June 19, when China completed a 90-84 comeback win.

"We had faith in winning the game, and our confidence was quite strong then," recalled Zhou. "Despite trailing in an intense situation, we never gave up and fought to the end."

The Chinese team is staying in the Philippines before heading to Canada for the Olympic qualifying tournament, where they square off against Canada and Greece.

"Both sides are strong. We need to keep a stable mindset and go all out to challenge them. Hopefully, we can put on high-quality games and achieve better results," Zhou noted.

Zhou was sidelined from the 2019 FIBA World Cup, the Chinese team's most recent international appearance, through a foot injury, and the team finished 24th among 32 sides on home soil.

"Now the team is in a low ebb," Zhou admitted. "We need to improve our personal capability and have more experience and physical competitiveness in major tournaments to narrow the gap from those world basketball powerhouses."