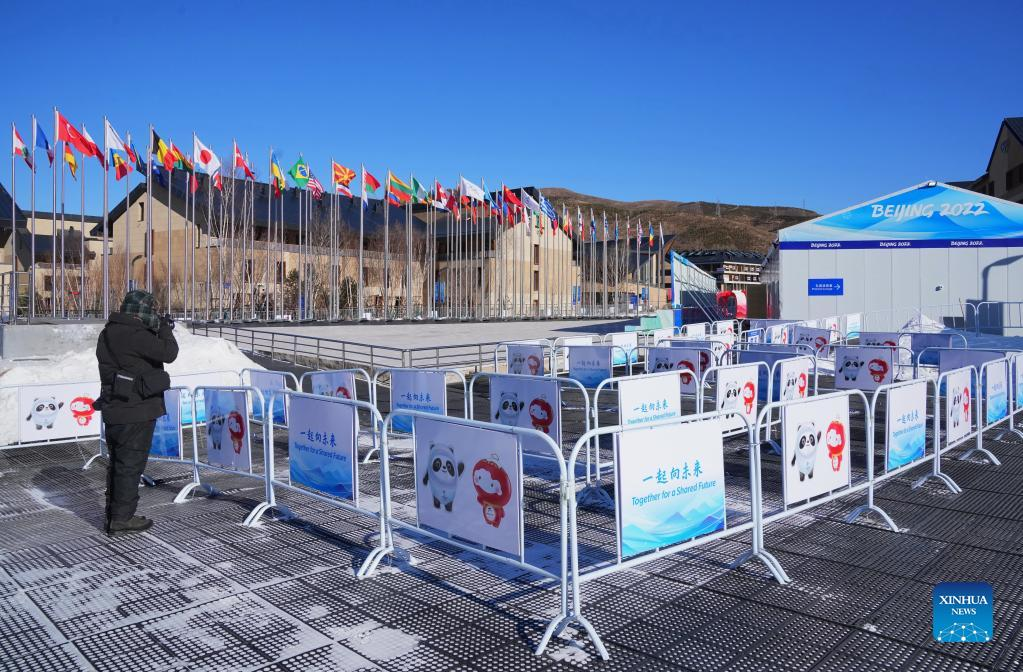 The Zhangjiakou Village is open for 53 days until March 16, accommodating about 2,020 athletes and officials from 79 countries and regions.

Feng Guofang, who is in charge of accomodation at the Zhangjiakou Olympic Village, said that the Village started trial operation on January 23, and some delegations have sent representatives to complete registration in advance and got the keys for all members, so their athletes and officials can directly get to their rooms upon arrival, reducing the need for direct contact.

"Things have been going smoothly, which is well-appreciated by the International Olympic Committee," said Jia Kai, director of the Zhangjiakou Olympic Village operation team.

"We are excited about the start of official operation, and more than 300 athletes and officials from 23 countries and regions arrived at Zhangjiakou Olympic Village today. We are ready to welcome athletes from around the world to the village," Jia added.

Among the villagers is China's 18-year-old cross-country skier Cirenzhandui, who is to start his first Olympic journey.

"I am really happy to live here. The COVID-19 countermeasures have been well in place, and I will concentrate on the Games preparation in the final stretch," the Tibetan athlete said.

More than 170 athletes and officials from 18 delegations arrived at the Yanqing Village on Thursday. Eight members of the Chinese delegation registered in the Village in the afternoon.