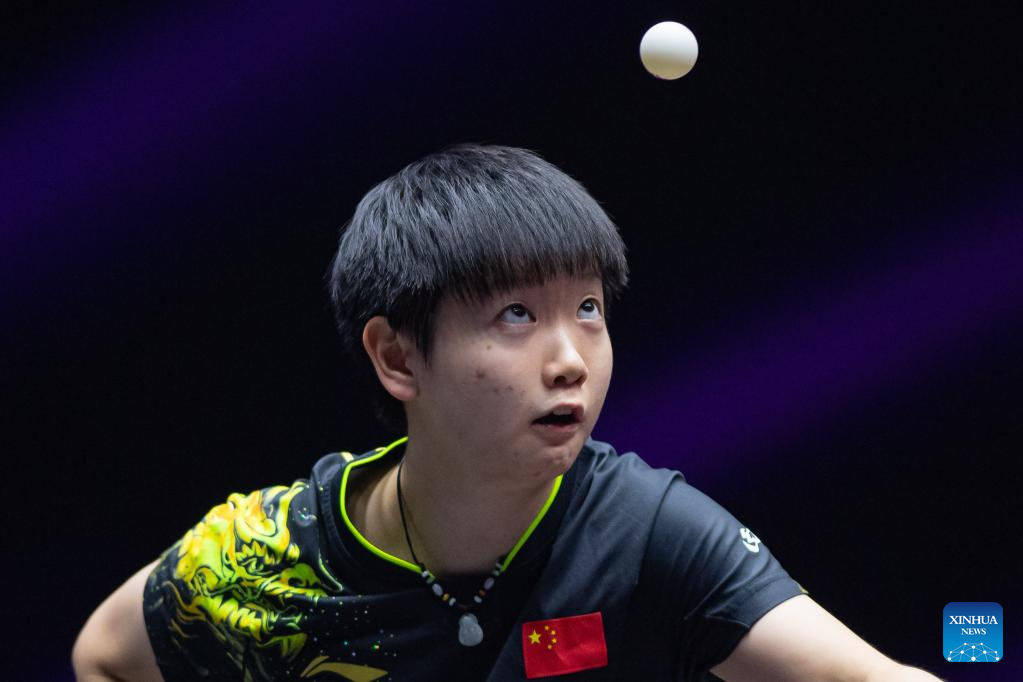 Fan and compatriot Ma Long remained the men's singles top two, followed by 20-year-old Truls Moregard of Sweden, who sits in a career-best third position after making the semifinals at the WTT Champions in Macao.

Wang, who got past Ma, Moregard and Fan on his way to the WTT Macao tournament title, picked up a career high ranking of seventh by moving up four places on the ladder.

"October has proven that the next generation has arrived and Wang Chuqin could be next face of table tennis," read an article on the WTT website.

On the women's side, Sun, Chen Meng, Wang Manyu and Wang Yidi of China continue to rank in the top four.