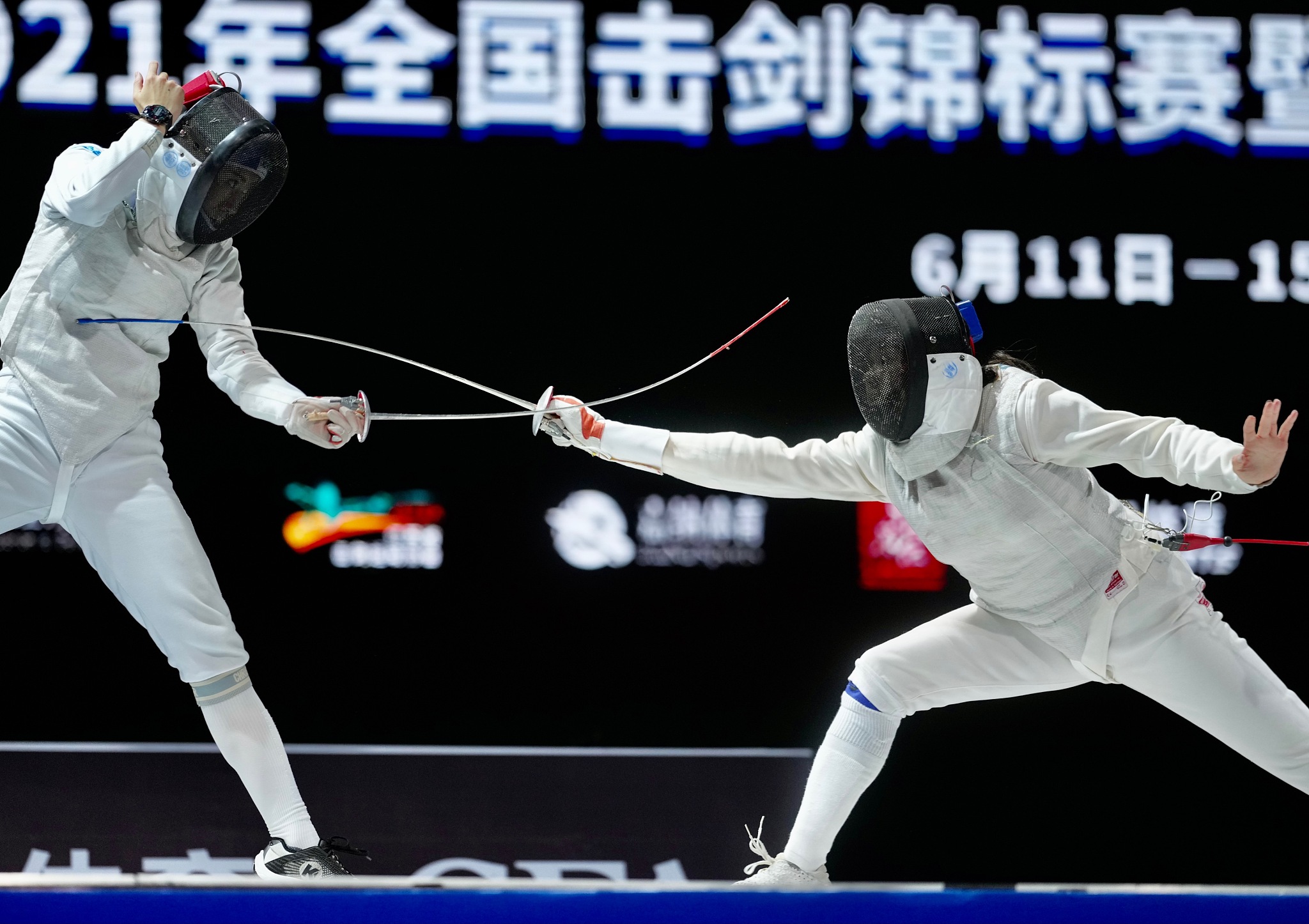 As China's 2021 National Fencing Championships wrapped up in Nanjing, east China's Jiangsu Province, on Tuesday night, players of Team China had a chance to talk about their preparations for the upcoming Tokyo Olympics.

"We didn't do as well in Rio as in London [in 2012]," Wang Haibin, president of the Chinese Fencing Association, told Xinhua in an exclusive interview. "We started forming the team in 2017 as a new Olympic cycle began. We are now in progress, with the growth of youngsters and the return of veterans like Xu Anqi."

The Chinese fencing team made history at the 2012 London Olympics by bagging two golds and one bronze, but they only finished with one silver and one bronze at the 2016 Rio Games. 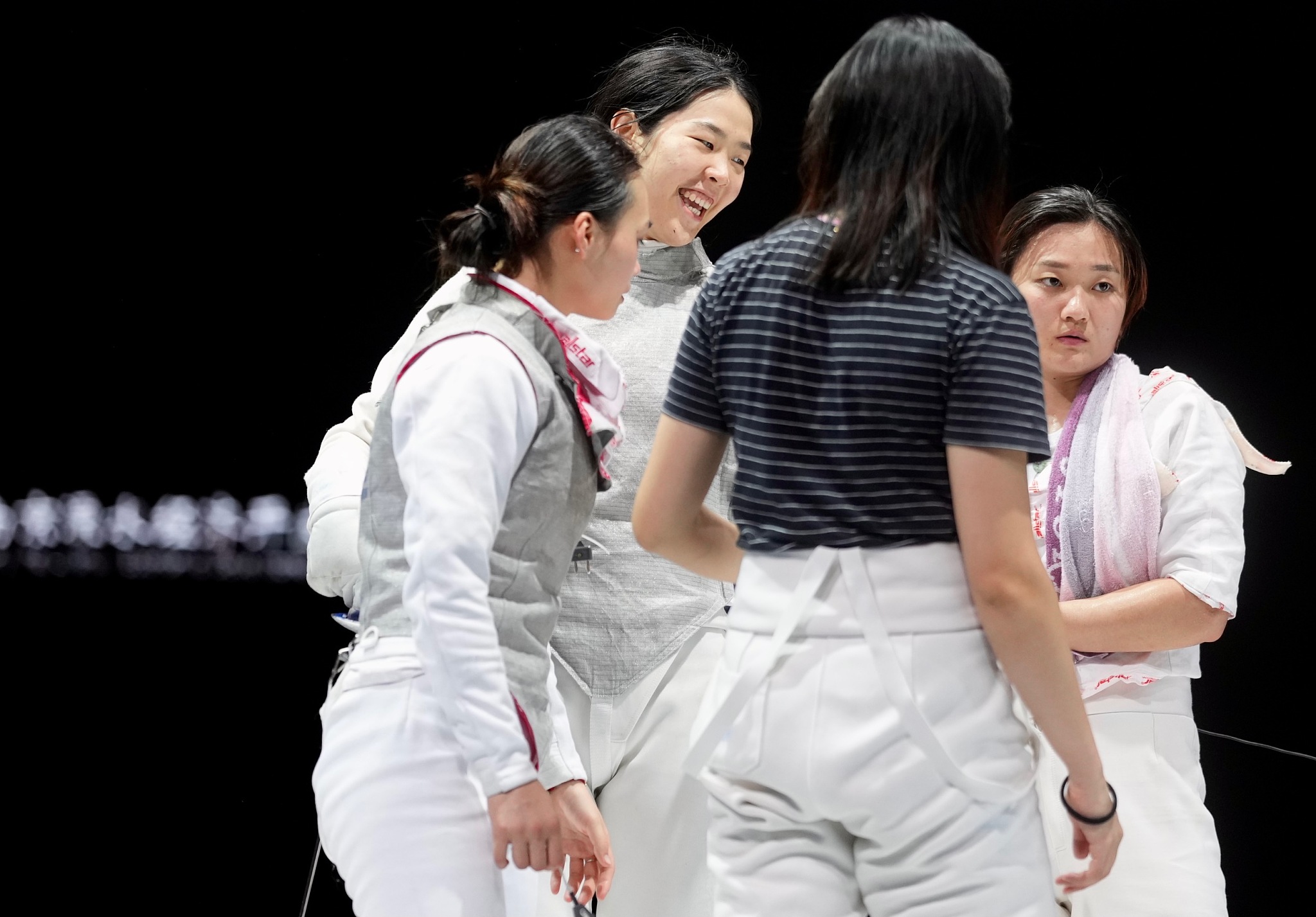 Regarding medals at the Tokyo Olympics, the Chinese fencing team's goal is to "do better than Rio."

"We prepared for each event accordingly with different focuses," Wang said. "The Olympics are full of surprises, so we asked the fencers to relax and seize every opportunity to win."

Huang Mengkai is the only male Chinese fencer to qualify for the foil event at the Tokyo Olympics. He said he will "try to win the first match, and anything could happen from there."

There will be 12 gold medals up for grabs in Tokyo. Team China achieved their goal of competing in all three weapons – foil, sabre and epee – and will compete in the women's epee, women's sabre and men's epee in team events.

Based on the qualification results, Wang believes that the Chinese team is powerful on the world stage.

"Among the 42 teams who qualified for Tokyo, only Russia, Italy and the United States managed to participate in all 12 events," Wang said. "China is ranked sixth in terms of the number of participating fencers."

"We are not able to compete with the powerhouses in all events yet, but we will focus on the ones we are best at," he said.

Currently ranked world No. 1, China's women's epee team has the biggest chance to secure a gold medal at the Tokyo Olympics.

"The men's epee is ranked sixth in the world and got into the Olympics by beating some strong teams in qualification," Wang said. "World No. 4 Shao Yaqi has a chance in the women's individual sabre." 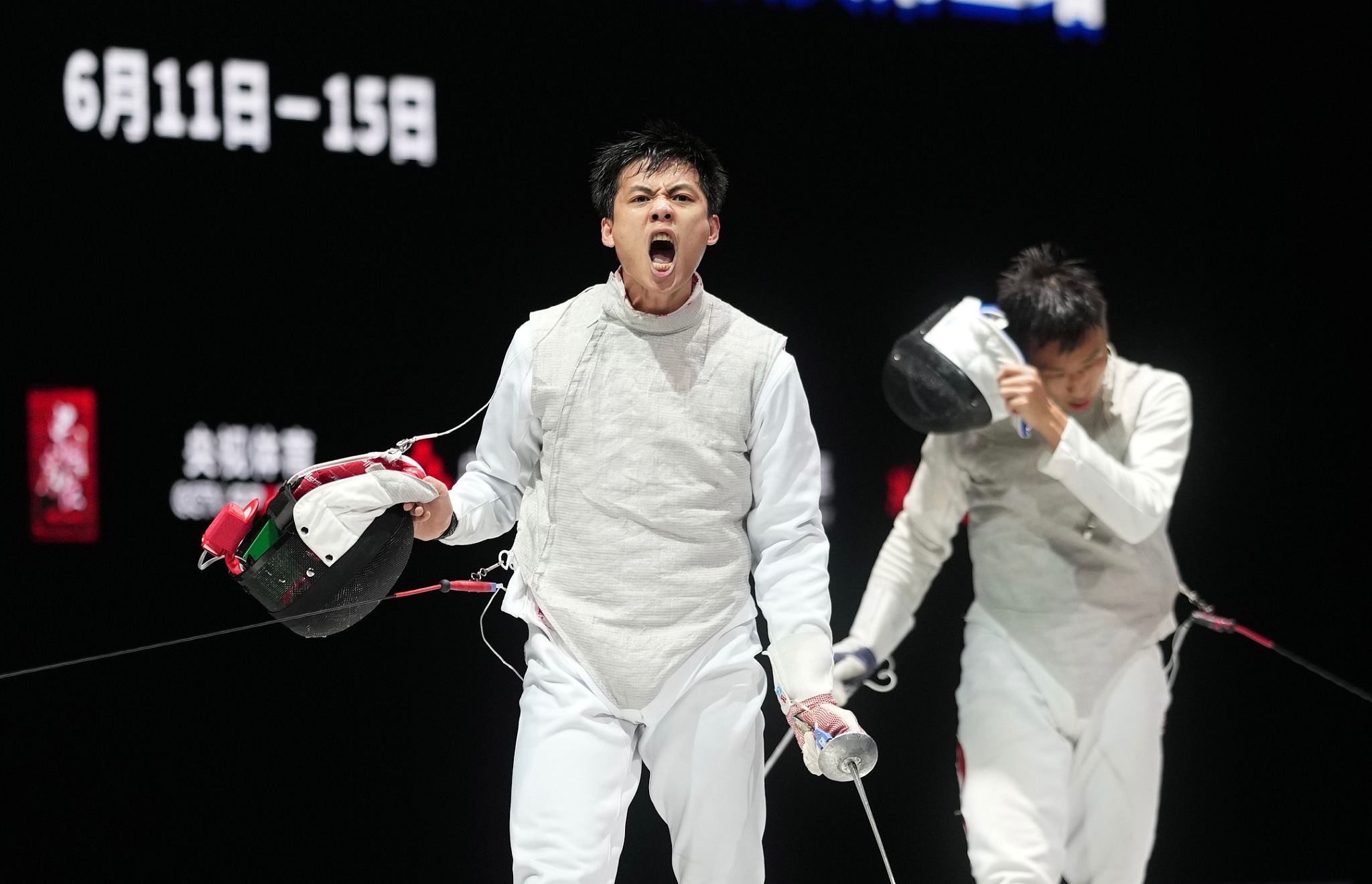 Amid the COVID-19 pandemic, preparations for the Tokyo Olympics have been more difficult than ever for China and other teams.

"We thought other teams wouldn't be able to train systematically and properly like we did," said Wang. "But we were proven wrong at the Olympic qualification tournaments in Russia and Hungary."

"Fencing is a sport that you can only improve by competing with other fencers. As far as I'm aware, despite some official competitions being canceled, fencing clubs in Europe and North America still play against each other very often. So they are able to compete with fencers of different countries and regions and with different styles."

"It also takes longer for our fencers to get into it during matches," Wang added. "It might be the personality that European and American fencers are already hyped at the beginning of the match."

"But the Olympics mean intensity and there's no time for you to feel it first."