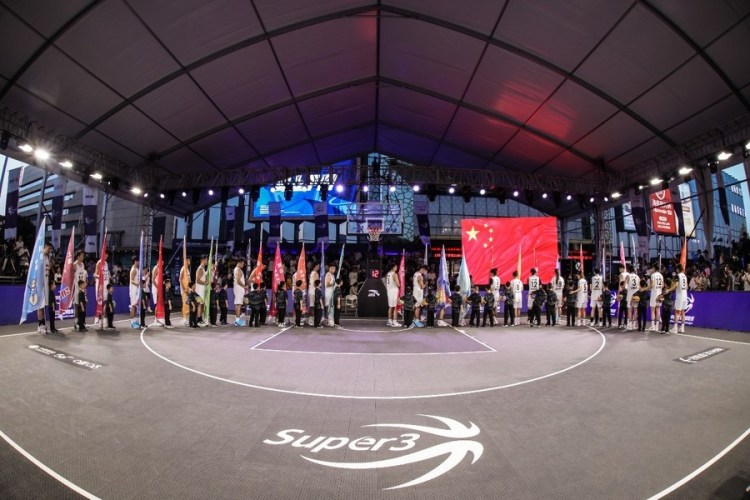 Team representatives of the 3x3 basketball league line up during the opening ceremony. (Provided to Xinhua by organizers)

Team representatives of the 3x3 basketball league line up during the opening ceremony. (Provided to Xinhua by organizers)

"This is both the first and the highest-level professional 3x3 basketball league in China," said Yao Ming, president of Chinese Basketball Association (CBA), during an interview with Xinhua.

"Super 3 will be our primary focus while promoting 3x3 basketball as a sport in China," Yao said, noting that by gathering basketball lovers from all over the country, athletes could learn more about each other and people's passion for basketball will be aroused. 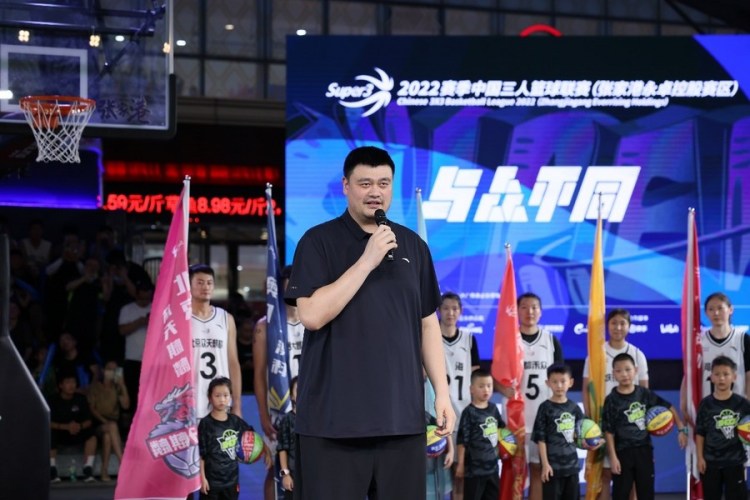 According to the event organizers, there will be a promotion and demotion system between Super 3 and Super 3 Satellite.

Super 3 contains 12 rounds of games during regular season and playoff games. The top 12 teams will go into playoffs while the two bottom teams need to compete with the top six teams from Super 3 Satellite for Super 3 berths for next season.

Yao said that there are no boundaries between professionals and amateurs when it comes to competitions. "If there is a barrier, we need to break it, so that more basketball players can have the chance to show their talent on a bigger stage."

He added that although 3x3 basketball is officially included by the Olympics, many still consider it as a subordinate of 5x5 basketball.

"3x3 basketball should be a separate sport and Super 3 will grow into a large and popular event just like CBA in the future," he said.