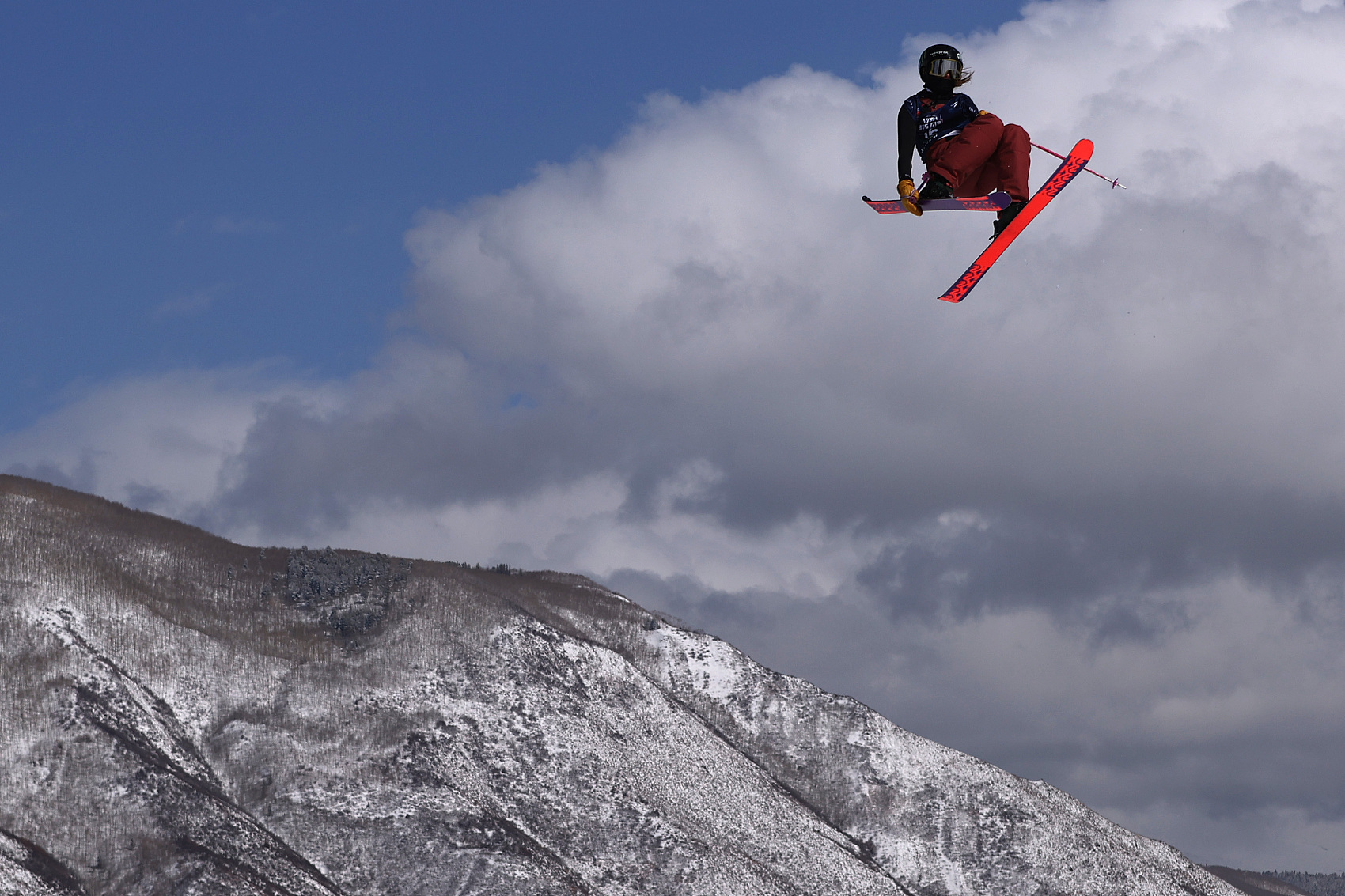 Eileen Ailing Gu of China competes in the women's freeski big air qualifications during Day 6 of the Aspen 2021 FIS Snowboard and Freeski World Championship at Buttermilk Ski Resort on March 15, 2021 in Aspen, Colorado.

Gu, 17, had already won the halfpipe and slopestyle gold medals in Aspen, becoming the first Chinese freeskier with double golds at the same World Championships.

Competing in the Big Air, an event that she has relatively less advantage, Gu scored 69.50 points in the first run before improving it to 88.50 points in the second, finishing sixth to secure one of eight final berths.

The Big Air final will be staged on Tuesday, the final competition day of this year's Freeski World Championships.