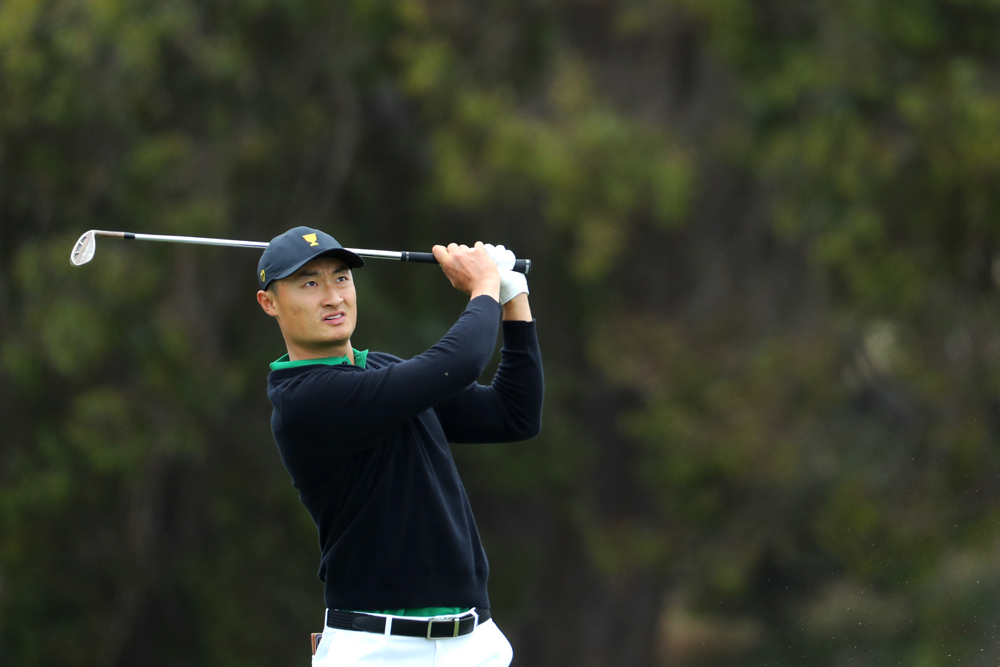 Li will not see action in the opening day's Four-Ball session at The Royal Melbourne Golf Club on Thursday but will be ready to give everything he has when Els calls on him in what is his debut appearance in the prestigious team competition.

"It's been fantastic. It's like a dream come true. Two years ago, I nearly made the team but right now, I feel like everything is unreal," said Li, who is a two-time European Tour winner.

"Ernie has done a lot and did many things as captain. Hopefully we can take this honour and play well for him. The mood … it's always happy, always with passion. If you see our locker room, you will see a lot of stuff like logos, like 15.5 (points required to win), that's our goal. It's very special."

Being the first Chinese mainland golfer to play for the International Team, Li hopes to see the game in China maintaining its growth and development. "For sure, golf in China is huge now. There are so many juniors compared to the days when I was playing (junior golf). We have a bright future. Hopefully, we can bring the trophy back," said Li.

He has enjoyed success in Australia previously when he partnered Wu Ashun to lead China to a T2 finish at the ISPS HANDA Melbourne World Cup of Golf in 2016. With his exuberance and attacking flair, Li endeared himself with the Australian crowds then which he hopes to have the crowds fully behind the International Team this week.

"We need to play our best games. Bring our A-game against them. On this course, we have a lot of chance. Just have to believe you can play well on this course. This course is so different, it's a special course and you have to play smart," he said.

Pan, whose maiden PGA TOUR victory at the RBC Heritage in April helped secure his place in the International Team, hopes to rewrite Presidents history by playing a big role in Els' side. The US Team has won the last seven Presidents Cups.

"I think everyone on the team knows the history of the Presidents Cup, no doubt. It's in the media. It's unavoidable. But for the players, we just try to prepare every step, everything we can, especially with this course that's going to be playing very different. It's going to play very hard. So we are just trying to get as much preparation done as possible."

Like Li, Pan is also prepared to give everything he has for his captain. "Captain Els is such an amazing guy, and he definitely made me feel like I'm part of the family. That's what he's been trying to do the last three months, and he's done a great job with everyone on the International Team. It's been such a great opportunity to be here, and to get to play along with my other teammates, it's been quite an experience."

A former world amateur No 1, Pan is also excited to return to Royal Melbourne where he finished T5 in the 2014 Asia Pacific Amateur Championship. "I think it favors my game for sure because I'm a position player, so this course is about where you position your ball, your second shot, your approach shot, even how you putt. So I think this is going to be quite a fun week. I'm just going to enjoy it."